Fast-food striker fired -- but not for long 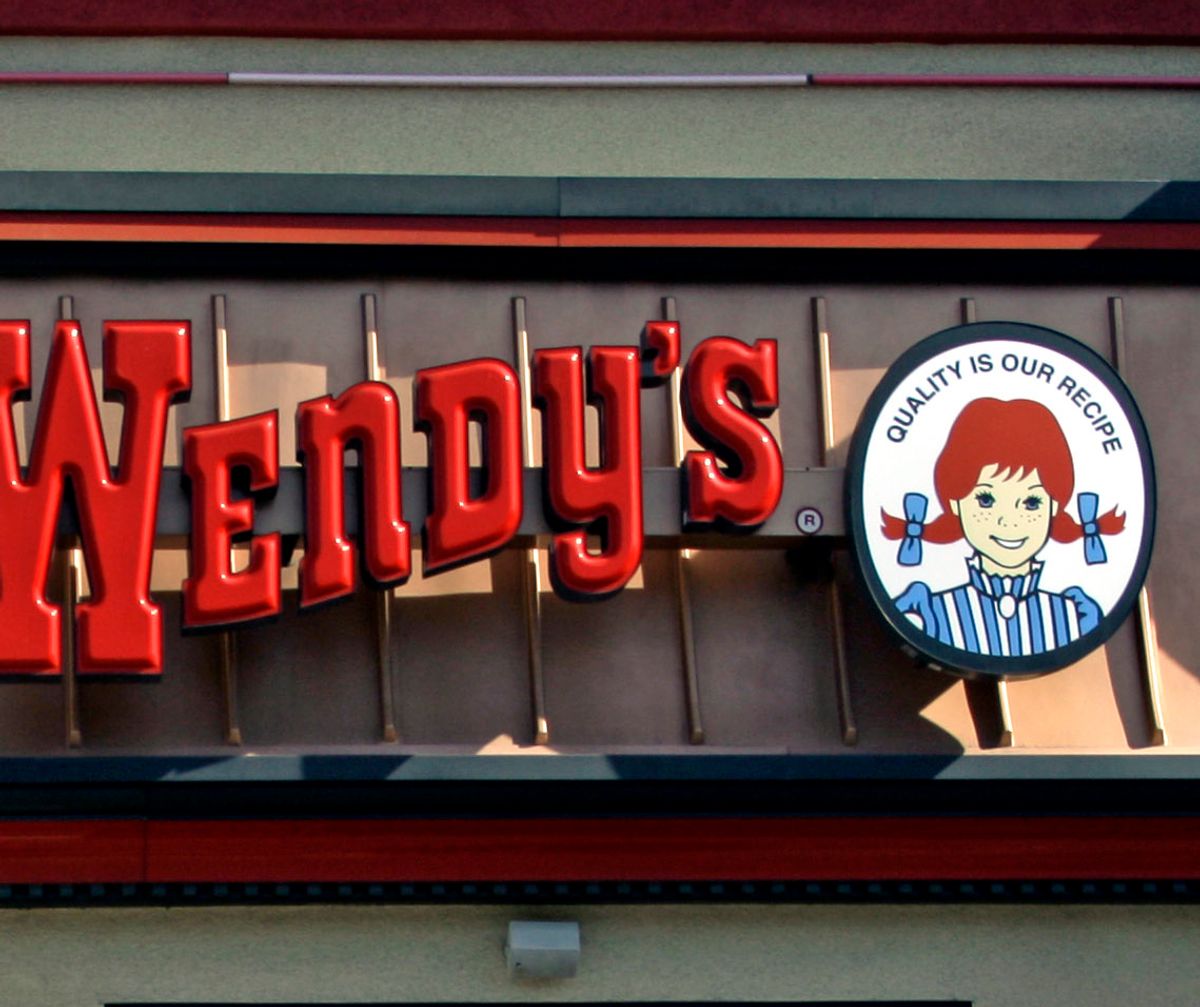 Friday, 200-some New York City fast food workers returned to work after pulling off an unprecedented strike against one of the country’s largest and lowest-paying industries. They didn’t return alone – the strikers were escorted back into their stores by squads of supporters designed to discourage managers from retaliating. And organizers say the fast food companies so far haven’t tried to punish strikers, with one dramatic exception: A Wendy’s store that told a woman she was fired, then backed down after the store was occupied and picketed by activists, community leaders, and a member of the City Council.

According to Councilmember Jumanne Williams, 10 out of 11 strikers were allowed to resume work when they arrived at Brooklyn’s 425 Fulton Street Wendy’s, but management told the eleventh that she was being fired for absenteeism. Williams said that workers provided management with written notice that they were striking Thursday, but a manager claimed not to have received it. “We tried to speak with the general manager that was there, and he wasn’t forthcoming in talking to me,” said Williams. “So I decided to ask all of the customers that were there if they would leave in support of the worker that was fired. That did happen – they left. We began to protest in the store.”

More community leaders, including the heads of the New York Working Families Party (WFP) and the group United New York, were called in to join the chanting protesters in occupying the store. When police showed up and asked them to leave, said Williams, they began a vigorous picket on the sidewalk. “A good amount of people did decide not to go into that Wendy’s,” said Williams. “Which we were very proud of.”

Eventually, said Williams, the store manager agreed to meet: “He said he could talk to the public officials, but not to anyone associated with the organizers” of the strike. WFP Executive Director Dan Cantor, who was in the meeting with Williams and the manager, said it seemed the manager had been “following company policy” by initially firing the woman, “and then he reversed it.” Both men said that by the time they left the store, the previously-fired striker was getting ready to start her shift.

Joshua Williams (no relation to the councilmember), who works at the same store, said that when his co-worker was told she was fired, “I was upset, but I had to come to reality, like, ‘Yo, this isn’t going to happen like this, they can’t fire you.’” When her job was restored soon after, he said, his reaction was, “If this can happen, then this change that we’re trying to make, I know it’s going to definitely happen.”

Fast food strikers have reason to be concerned about retaliation. On paper, federal law protects the right of non-union workers to go on strike against their employers without being punished (management generally has the right to “permanently replace” strikers, but former National Labor Relations Board Chair Wilma Liebman told Salon that it would be difficult for an employer to do so in a one-day strike). But reality is a different story.

As the international NGO Human Rights Watch observed in a 2000 report, US labor law enforcement “falls far short of its goals. Many workers who try to form and join trade unions to bargain with their employers are spied on, harassed, pressured, threatened, suspended, fired, deported or otherwise victimized in reprisal…labor law enforcement efforts often fail to deter unlawful conduct. When the law is applied, enervating delays and weak remedies invite continued violations.” All of that remains true today.

Among the problems: Companies can mask retaliatory discipline by saying a worker is being punished for something else. The process for government investigation of alleged retaliation can drag on for months or longer, during which the worker is out of work and her co-workers may be discouraged from organizing. And even when a worker wins a retaliation case, the greatest possible penalty for the company is usually paying back wages (minus any money she made at a different job in the meantime), and posting a notice promising not to break the law in the future.

And so when workers start organizing a union, it’s usually just a matter of time before they allege management went outside the law in order to snuff out their campaign (the union-backed retail workers group OUR Walmart, which is not a union, has filed dozens of National Labor Relations Board charges alleging threats and retaliation by the retail giant). The Fast Food Workers Committee has so far filed at least six NLRB charges against fast food companies for alleged illegal union-busting in the months before the strike. One of the allegations, as I reported Thursday, is that a 79-year-old McDonalds worker was illegally suspended for circulating a petition. Other allegations include illegal interrogation at McDonalds and illegal threats at KFC (neither company immediately responded to requests for comment Friday evening).

So why – so far -- haven’t Thursday’s strikers been punished? Organizers credit community organizing, not the law. “We had clergy, we had community organizations, we had elected officials, all walking workers back to work, looking managers in the eye and saying we expect no retaliation for the workers asserting their rights to living wages,” said Jonathan Westin, the organizing director for the group New York Communities for Change, the group spearheading the union campaign. So far, said Westin, other than the Wendy’s showdown, “unanimously, we have gotten workers back to work without retaliation” because of “the strength of workers and the strength of the community effort behind them.”

“The law is irrelevant basically,” said WFP’s Cantor. “They were willing to break the law.” But “forty people outside,” political and community leaders, “the specter of press coverage, reduced business at the lunch rush hour, it adds up.”

Councilmember Williams said he was “shocked” when the worker was first told she was fired. “I was very disturbed,” he said “to know that it could be blatant retaliation, you’re not even going to try to disguise it.” Williams added that when he rallied with strikers Thursday, “I kept congratulating the workers for being brave, and stepping forward to do this, and I feel like I shouldn’t have to congratulate them, it shouldn’t have to be a brave thing…It should be that you are fully protected and you have nothing, absolutely nothing to worry about.”

McDonalds worker Glenda Soto said she “loved everything” about Thursday’s strike. Coming back to work Friday morning, said Soto, “I’m not going to lie, it was a little scary.” Soto was escorted into work by supporters from church. She said it “was wonderful that these people are here to help us,” and that on her first day back on the job, management treated her “with respect.” As for the coming days, said Soto, “Whatever comes, I’m ready for it. I’m know that I’m not going to give up.”