Has John McAfee been captured?

Until two days ago, the former Silicon Valley tech baron was still on the run from the Belize government 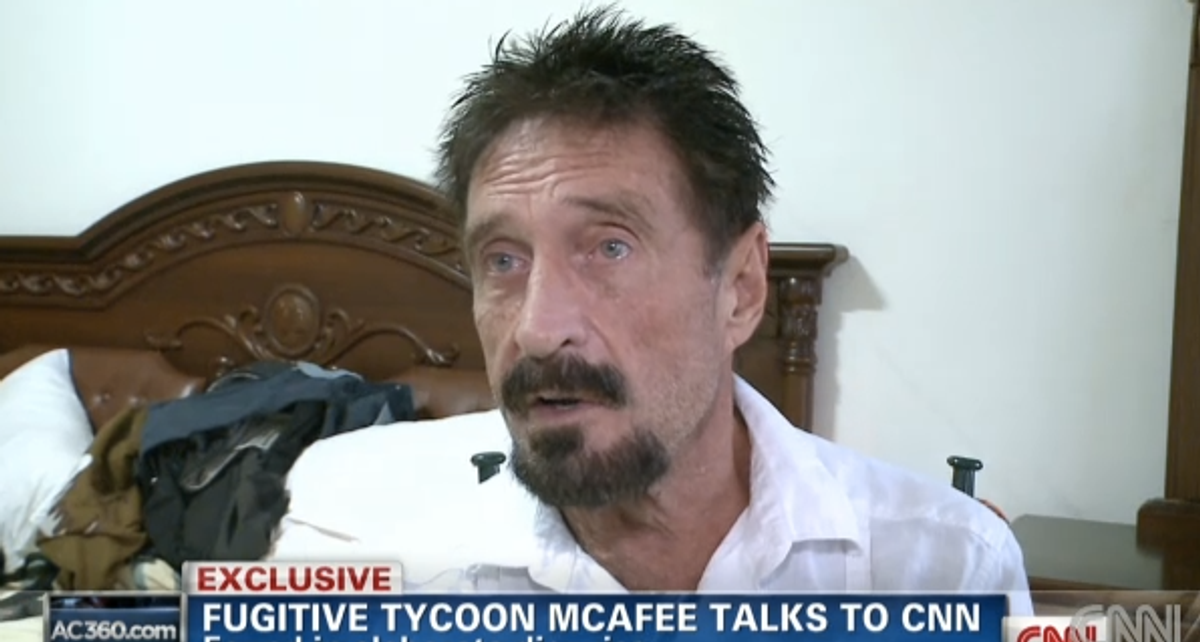 John McAfee, the founder of the eponymous security software company who has been hiding from the Belize government after being named a "person of interest" in a murder case, may have been captured. A post on his official blog last night stated, "We have received an unconfirmed report that John McAfee has been captured at the border of Belize and Mexico." The blog entry has not yet been updated with additional information, but promises to update with "more information as it is received."

Only a day before, CNN's Martin Savidge found McAfee in Belize, in an "elaborate disguise," and filmed the first ever in-person video of McAfee since he's been on the run. Savidge said the interview ranged from "the absolutely stone-cold credible, to the almost amazing and unbelievably crazy kind of story":