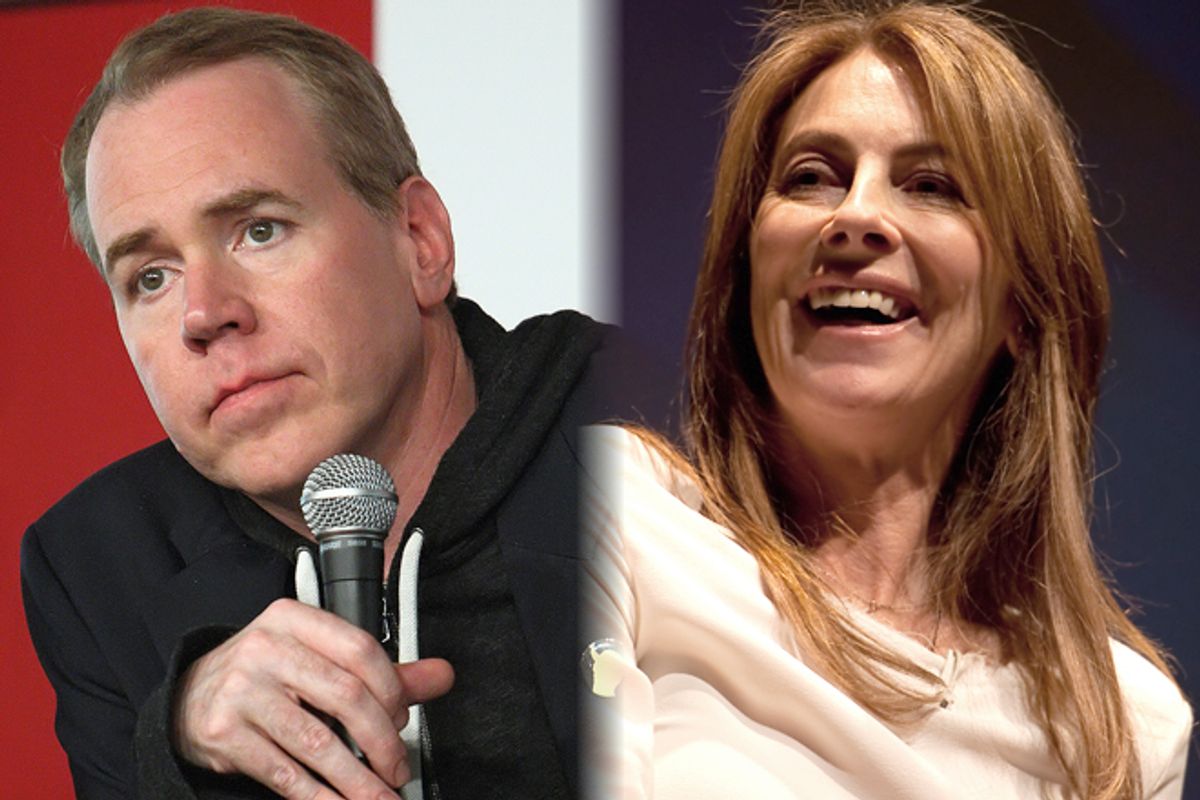 Imagine what a blissfully unaware state Bret Easton Ellis must live in all the time. Imagine being a pot that black, swanning around calling any other human on the planet "overrated" and a maker of "just OK junk." Yet that's exactly what Ellis, who, when not loathing the memory of David Foster Wallace, browbeating Lindsay Lohan or cryptically tweeting apparent requests for cocaine, is a sometime writer, did on Twitter Thursday. And because he's Bret Easton Ellis, he threw in some old-fashioned sexism for good measure. At least the man who once opined of the Dominique Strauss-Kahn rape case that "just reinforces my theory that men are no picnic but women are fucking CRAZY" is consistent in his misogyny.

Unhappy that Kathryn Bigelow's "Zero Dark Thirty" is currently sweeping awards season, Ellis declared, "Kathryn Bigelow would be considered a mildly interesting filmmaker if she was a man but since she's a very hot woman she's really overrated." He then added, "Kathryn Bigelow: Strange Days, K-19 The Widowmaker, Blue Steel, The Hurt Locker. Are we talking about visionary filmmaking or just OK junk?"

First of all, he's forgetting "Point Break," which is awesome. Second, WTF, man? It's not that Ellis, arrogant, underwhelmingly talented blowhard extraordinaire speaks for all men, thank God, or that Bigelow, whose "Hurt Locker" made her the first woman to win a best director Academy Award, needs to prove a damn thing to a man whose greatest distinction lately is being a troll on Twitter. (And his prediction that "Silver Linings Playbook will win the Best Picture Oscar" is the unlikeliest thing since Karl Rove tried to call the election.) Ellis has already made it clear in the past he's skeptical chicks can direct because "There's something about the medium of film itself that I think requires the male gaze. We're watching, and we're aroused by looking, whereas I don't think women respond that way to films, just because of how they're built."

But what his latest public display of douchery does is reflect the perniciously BS double bind working women of all stripes face. If you're not conventionally attractive, you're fair game for open snarking about your looks, your age, your weight. You can be the chancellor of Germany, but you're also just an "unfuckable lard-arse." If, however, heaven forbid, you're in any way aesthetically viable, your effort and aptitude are meaningless. You haven't earned it, baby. But we mean that as a compliment, pretty lady.

Is the 61-year-old Bigelow supposed to be flattered that a dude deems her still "very hot"? Can anyone seriously believe her appearance is a mitigating factor in her career in Hollywood, in an industry that's not exactly famed for its generosity to women over the age 25 and not blond? Then again, what do I know? I'm just a woman, ergo fucking crazy. I just can't help noticing how often a woman's value in the workforce, whether she's Angela Merkel or Kathryn Bigelow, seems to rest upon whether some guy deems her worthy of hypothetically putting his penis in her. Bigelow's likely too busy picking up prizes in a fisherman's giant net these days to give a crap what the likes of Ellis thinks of her. But his gross attitude, that a woman's value as an artist is contingent upon her allure, is despairingly pervasive. And it's a notion that's worth precisely less than zero.