I wanted fingers that were girlish, but my body betrayed my true self: Hungry, wanting and grabby 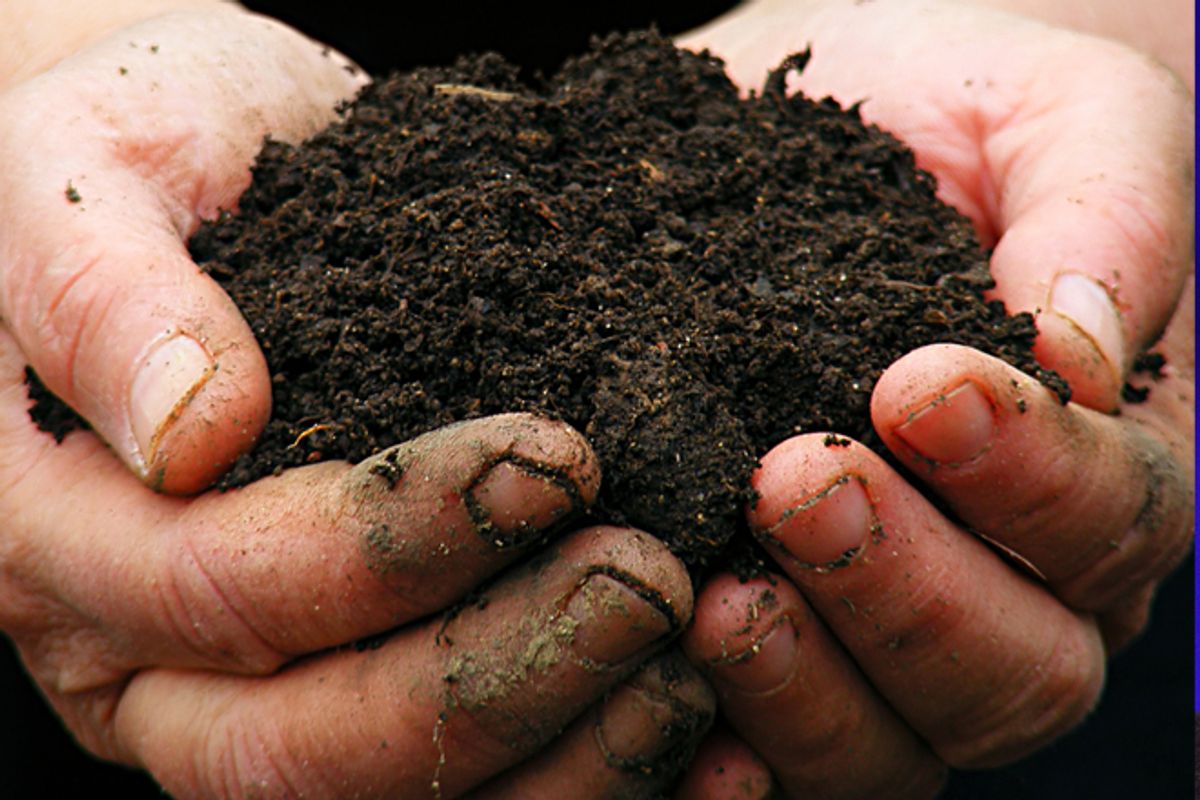 I inherited a lot from my mother, though I first recognized my hands. Long fingered and wide palmed, we are women with muscular hands, working hands. In adolescence, it struck me as unfair, because my mother was beautiful — pale and ethereal, with fine features and blue eyes — and no one was ever going to be distracted from her face by her hands. But me? I felt too animal to be beautiful.

Before I gave thought to beauty, I delighted in my body. I was a strong, brown, passionate child, with lots and lots of words. I talked fast, and I moved faster – through the woods around our Cape Cod home, up trees, into the ocean’s crashing surf. I also felt a lot, finely tuned to the swells of my own heart, as well as others’ wants and hurts. I sensed a deep well at my center, and sometimes it bubbled over. I’d read or think or feel myself into a brimming state, then lie with my back to the ground, body vibrating, heart thudding, mind foaming, fearing I might combust – suffer a supernova of brain and heart, annihilate myself. I also fell down a lot. I banged into walls and trees, and tumbled up and down stairs almost daily. The refrain of my childhood was “slow down, Melissa!” and my nickname “Crash,” but I always got right up — skinned knees, purpled thighs, stinging palms — and brushed myself off, kept going.

I didn’t start to hate my hands until about fifth grade, when the rest of my body exploded. It was mutiny – flesh swelling from my chest and hips before anyone else my age. Over the course of one year, I transformed from child to sex object, traded cheers on the baseball field for jeers from passing cars. Shocked by my body’s betrayal, I starved it, concealed it and then flung it into others’ hands. Afterward, I’d trace their paths across my body with my own hands, trying to feel what they felt, to know my own shape. I longed to be a smaller, cooler thing, less wanting, less everything. I felt gigantic, though I wasn’t — not the first time I mistook the feeling for the object, and not the last.

My hands were gigantic, however. My body, though fickle in conception, was starvable, concealable, subject to the reconfiguration of desire. But not my hands; they remained long and strong and wide and brown and scarred. They gave me away. Like bar codes or tree rings, and yes, fingerprints – they were maps that led to the truth of me – that I was no flower, no petaled thing. I was not a ballerina; I was a third baseman. I was a puller, a pusher, a runner, a climber, a grabber. I used my hands; they were marked by things, and left marks. They betrayed my desire to be the kind of girl I had learned I should be. And, more quietly, they betrayed my own inner softness, which was also wide and long and fast, but not calloused – instead tender as a wound.

I didn’t want to move so fast, or want so much, or feel everything. I wanted to wear little rings and bracelets without clasps. I wanted to press my wrist against the lip of narrow jars, to be the object of awws. When people lost their sparkling precious things in dark cavities and crevices – behind the dresser, down the drain — I wanted them to think of me, and my tiny hands.

My first girlfriend once wrote me a poem in which she claimed that I touched her more like a bear than a butterfly. Shame shot through me in hot streaks when I read it. I wanted her so much, wanted her love so much, that I left her. My hands weren’t big enough to hold my heart steady, back then.

What we hate or fear most in ourselves tends to be among the things we notice most in others. As anorexics read cookbooks, I started to read hands. Hands reveal us all, it turns out. They are blueprints. Even our fingerprints are the evidence of how we touch. First, as 3-month-old fetuses, our fingertips’ skin outgrows its outer layers, buckles under the swiftness of change. Then, we form their ridges by grasping against the walls of our wombs and our own bodies, that first small world. As a teenager, I learned to mute a person’s words, and just watch their hands. Chewed cuticles, jagged or polished nails, knuckles lumped with scars — the motion of a person’s hands often mimics the motion of her thoughts. I’m sure this is true of mine.  My hands alternately ball tightly, tap a code into my thigh, and swoop through enactments of my words — drawing pictures, drawing things closer, tucking into my mouth and pockets, yes, more like a bear than a butterfly. My thoughts whirl and clatter and bloom and grab, too. They are a kind of hands, too, flashing around my soft heart, trying to sew a coat of sense in which to dress it.

My hands, of course, are the Cyranos here, the Mr. Knightleys. While I dreamed of straw-thin rings and retrieving dropped treasures from narrow places, my hands were building cities. They lifted boxes, cradled babies, built rooms, sanded boats, broke fights, bent rope, fed me, pleasured me, covered me, carried me, carried everything, and made all the love. Like Cyrano, they wrote the letters. They even wrote a book.

So what changed? Not Cyrano. He always loves Roxane, and never takes credit for it. She is the one who changes, who suddenly sees him. But I read no last letter, had no single moment when I looked down at my hands and loved them back. Because this isn’t a story about my hands, is it? They are a straw dog. This is the love story of my whole body. This is the letter to my heart. Perhaps I hated my hands most because they could not reform the rest of me. They could not taper my strong legs, shrink my breasts, erase my hips – they could not shape me back into that child who knew only the beauty of her world, the firm touch of wind and water and bark and dirt, the pleasure of her own motion. I hated my hands because they could not shrink my heart down to a more manageable size. I suppose I stopped hating my hands when I stopped hating my heart. By which I mean, fearing it.

Was it love that did it? That’s the easy ending. But no, that’s only part of it. No matter how I wanted to be smaller, softer and less feeling, I couldn’t stop living as God made me, as this fast, feeling animal. What happened was this: I flung myself into some dark places, and my unwieldy heart got hurt a few times. But it didn’t break, and it didn’t break me. That’s the fear, right? That it will kill me, its hurt too much to hold. Lucky, then, for these big hands. They can hold a lot.

What happened was the slow lesson that my fast, flinging nature came in a strong package for good reason. I hurtle still – through this city, my thoughts, my work, and now, into love. I still fall a lot, and sometimes the falling is good, but sometimes it’s hard, and hurts. A slighter pair of hands might not be able to break my fall. A dainty pair of hands could not grasp the hips of all I want. So perhaps those lost treasures are not mine to find. My treasures are out here, within reach.

I have a new lover. And love, incredibly, has made me new again. I don’t mean the self-invention that marked my younger affairs – the conjuring of an ideal persona for the first graced weeks of infatuation. I mean that as this woman discovers me, and my history, she also reconfigures me – and my body. My new lover is a writer, too, she of the long brown hands, the ones reinventing so much of me. When I told her I was writing an essay about hands, she sent me Tim Seibles’ poem, “Ode to My Hands,” from "Fast Animal," in which he muses:

fiends, my five-headed hydras, what

of my mischievous history? The possibilities

Reading his lines, my heart swelled with sudden tenderness, my head with the certainty that I wouldn’t change a thing — not a feeling, not a remembering, not a touch. I would not risk these possibilities for a tidier version of myself. This was not a new revelation, but one I must keep having, to remember.