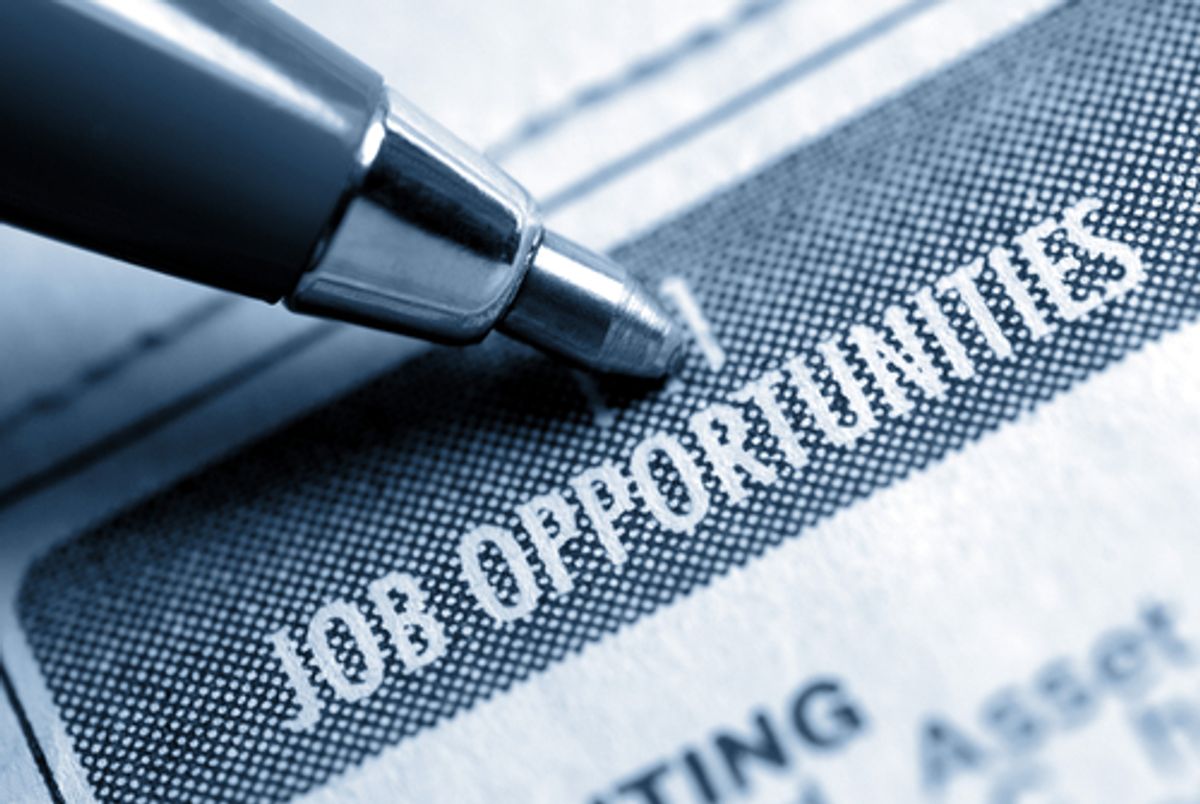 Economists were way off the mark with their predictions for today's jobs report. The first report since President Obama's reelection saw the economy adding 146,000 jobs and the unemployment rate falling to 7.7 percent -- trumping predictions that only 86,000 jobs would be added.

Tepid forecasts were partly tied to Hurricane Sandy, which economists believed would hamper job growth -- and indeed, November's numbers were somewhat lower than in previous months' job reports. In August, September and October an average of 170,000 were added each month. Meanwhile, November's jobless rate was the lowest since December 2008, despite Gallup predictions of an unemployment surge. The pollster put unemployment in November at 8.3 percent (compared to the government's 7.7 percent).

Manufacturing jobs fell by 7,000 and as our own Andrew Leonard noted Friday, despite a media frenzy, the decision by Apple to manufacture one line of Macs in the U.S., alongside other "insourcing" efforts by U.S. corporations, does not mark a glorious  renaissance in U.S. manufacturing.