Cancer has a "game-changing" moment 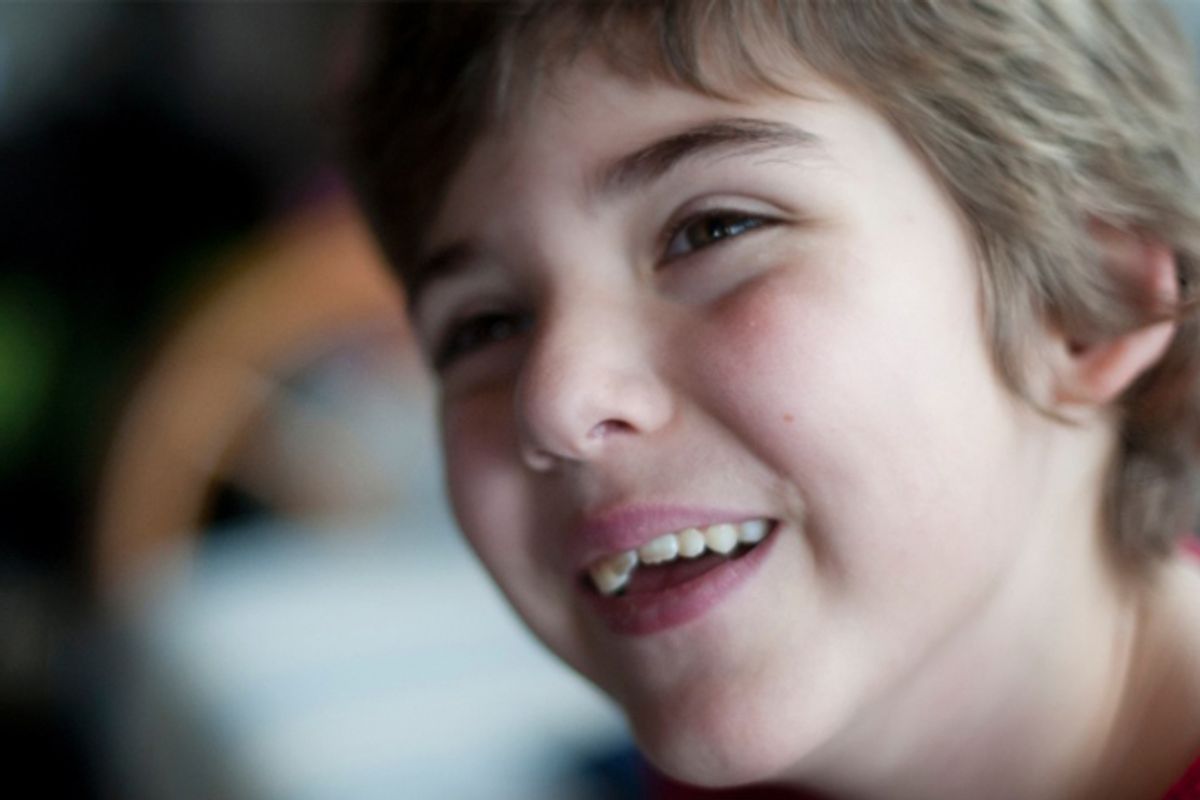 On Monday morning, I sat in a waiting room at Memorial Sloan-Kettering, drinking a bottle of dye disguised as a room temperature, fruit-flavored drink. I was there, as I am on a regular basis, for my scans. As I waited for my name to be called, to be ushered into a room where I'd change into a seersucker robe, where I'd have a drip attached to my arm, and where I would hold very still while technicians took pictures of my insides, I read the paper. And there on the front page were two words that leapt out at me. Two words that changed my life: Immune cells.

It was a compelling, dramatic story, about a Pennsylvania girl named Emma Whitehead who'd had aggressive, treatment-resistant leukemia. Last spring, Whitehead's doctors performed an experimental treatment on her, removing millions of her T-cells and inserting new genes, using a "disabled form of H.I.V. because it is very good at carrying genetic material into T-cells." From there, the altered cells were returned to her body, with the hope that "if all goes well they multiply and start destroying the cancer."

The experiment was not an immediate success. Whitehead had an intense reaction, including severe drops in blood pressure and fevers that pitched up to 105 degrees. But her doctor, Carl June, hit upon the idea of using an existing drug to lower her cytokines level, and she quickly stabilized. Better than that, she's now been in full remission for several months. It's a breakthrough of unprecedented proportions, one with unlimited potential.

I had recognized the narrative as soon as I'd started the story. Back in October, I'd seen two of the doctors mentioned in the Times feature, Dr. June and Sloan-Kettering's Dr. Michel Sadelain, at the Cancer Research Institute's awards dinner. I'd heard them tell their story, as they were given a prize for Distinguished Research in Tumor Immunology. The person handing it to them was my doctor.

Immunology has traditionally been the redheaded stepchild of cancer research. Using the body's own defenses to fight off tumors has long been considered a dubious proposition – too difficult to execute, too controversial because of the resources required to search for answers. The past few years, however, have brought real results that have translated into a variety of new approaches. The Gardasil vaccine is now routinely used on young men and women to prevent the HPV virus, which in turn can help prevent cervical cancer. Doctors at Roswell Park Cancer Center are now working on a cancer vaccine. And in 2011, the FDA approved Ipilimumab, a drug therapy for melanoma unlike any other that's come before, one that works with the body's immune system.

Five months after Ipilimumab went on the market, I was one of those patients who needed it. The malignant cancer that I had undergone surgery for a year before had returned with a vengeance, metastasized into my lungs and under my flesh. At Stage 4, I was facing a diagnosis that generally offers patients only a few months to live. I could do the math. I was looking at my birthday and Thanksgiving and Christmas but maybe not Easter. Summer was definitely a long shot. That's when my oncologist recommended a clinical trial that was combining Ipilimumab with a new investigational drug. I jumped in as soon as possible, entering the first cohort of the first phase, a place in research where, as a doctor later admitted to me, "We usually expect a lot of losses." Instead, three months later, I was cancer-free. Just like Emma Whitehead.

"We always believed these therapies could have this type of impact," Jill O'Donnell-Tormey, chief executive officer and director of scientific affairs at the Cancer Research Institute, told me Tuesday. "We're an organization that's been doing this for 60 years, and we're in a very different space in this field now. It doesn't work for everybody, but we are seeing remarkable responses. It tells you the potential. This is a game-changing time."

What's exciting is that, as O'Donnell-Tormey notes, "Success breeds success," and each positive outcome offers the promise of more. I had a friend in the pharmaceutical industry email me recently to say, "Cancer was the area I just couldn't see how to crack. I always felt that buying a patient three months at the expense of his or her quality of life just might not be worth it all the time, and that we had to do better. We had started on immunotherapies for just that reason - but your story influenced me to double down on that." And my immunologist Jedd Wolchok, who toiled for most of his career on what he describes as pure "faith," is now seeing a surge of interest and acceptance. In a field dominated by surgery, radiation and chemo — what Dr. Susan Love calls "slash, burn and poison" — this is something altogether new.

Cancer is a mean, complicated bastard. And immunotherapy treatments are not only currently not available for most forms of cancer, doctors are still trying to figure out why they work so remarkably on some of us – and not at all on others. As exciting as the recent developments are, they're not going to come quickly enough for far too many of us.

Just this afternoon, I got the news that the father of one of my children's friends has died of cancer. It's outrageous. It's infuriating. It's so brutally unfair. And at the Gilda's Club holiday party last week, I was in a roomful of people who've been affected by disease – patients and parents and children and spouses and sisters and brothers. As an a capella group led us in a stomping version of "We Are Young," I remembered the friends who'd been in the same room at the last holiday party, and who didn't make it to this one. I missed them. I was angry at the cancer that took them away. I was frustrated at the research that isn't coming soon enough for more of us. And I was so grateful for every damn medical miracle that kept the rest of us here to ring in another holiday, to see the calendar turn the page to another new year.

The thrilling promise of unlocking the immune system for people like Emma Whitehead, and me, is the potential that our own bodies can achieve the extraordinary. As Dr. Michel Sadelain told the Times, "T-cells are living drugs." Drugs that can heal – and then keep fighting indefinitely. Nothing is guaranteed, especially when you're dealing with therapies that have almost no track record on humans. And I don't know if I'll ever approach each new set of tests without a mixture of hope and dread, knowing how quickly life can throw a curve ball.

Yet when I read Emma's story, I thought of a mother who gets to watch her little girl grow up now. I thought of the people in my trial: the college student, the young tech guy. I thought of what a gift it is to know that this week when my daughter sings at her school's holiday assembly, her mom will be in the audience cheering for her. And I remembered what my friend Brian at the Cancer Research Institute says, that "this is only the beginning."

Late Monday afternoon, after my tests, I met up with some old friends at a bar on the Upper West Side. As I nursed my beer, I kept one eye on my phone on the table in front of me, waiting for the call. I tried to keep up with the conversation and remain coherent, a near impossible feat when you're waiting for results. Every minute between your tests and your results is a uniquely agonizing one, full of the suspense of wanting to know, and the dread of what you might hear. Finally, as the misty day turned into night and the Christmas lights outside the bar lit up, the phone rang. I picked it up as I scurried nervously to a quiet corner to take it. It was my doctor, saying that I was clear. My immune system, fueled by a treatment that was only recently even imaginable, is still kicking cancer's formidable butt. I told the doctor thank you. And then I went back to my friends, and kept right on living.