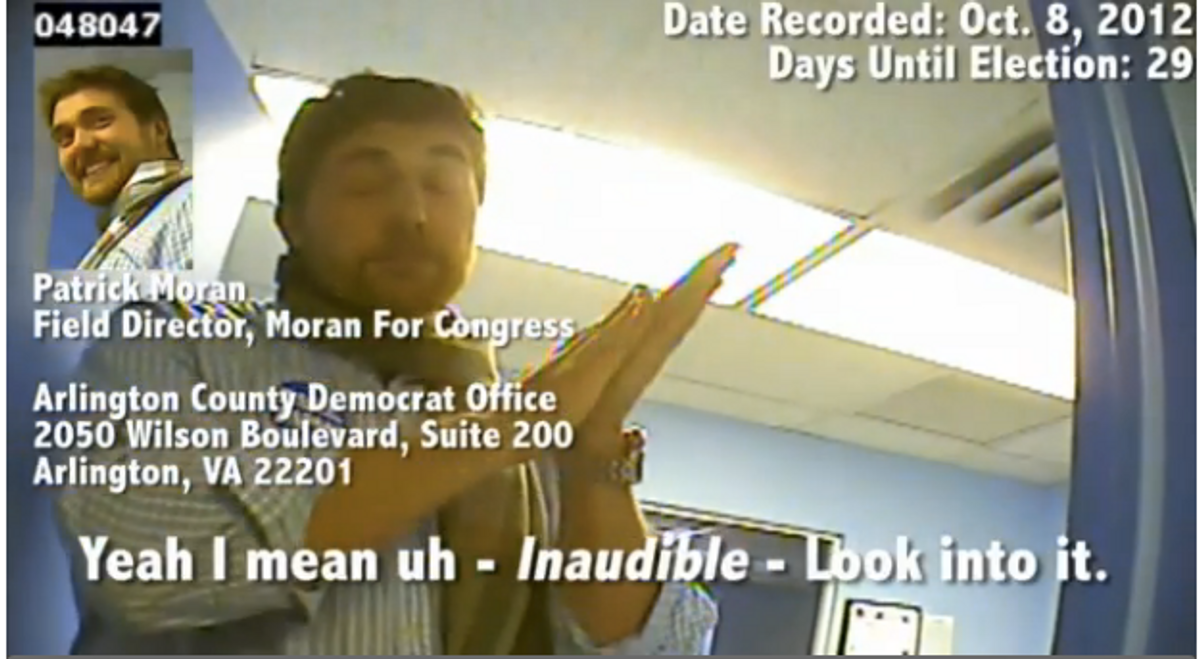 The couple were fighting outside a bar just after 1 a.m. on Dec. 1 when "Moran allegedly slammed his girlfriend's head into the bar's metal trash can cage," according to Washington City Paper:

After the attack, police described Moran's girlfriend as "bleeding heavily from her nose and also observed that her nose and right eye were extremely swollen." One of the ambulance technicians who transported her to Howard University Hospital told police that Moran appeared to have broken her nose and given her a skull fracture under her right eye.

Moran was arrested for felony domestic violence assault, but pleaded the charge down to simple assault today. He was sentenced to probation.

In a statement, the elder Moran described the pair as "good kids" and asked that their privacy be respected.

Patrick was last seen talking to conservative pseudo-documentarian James O'Keefe about ways in which one might hypothetically commit voter fraud. The incident cleared the very high bar of earning O'Keefe some grudging praise from Salon. it also forced Patrick to resign from a position as his father's field director.