On last night's episode, a pregnant lesbian patient took matters into her own hands 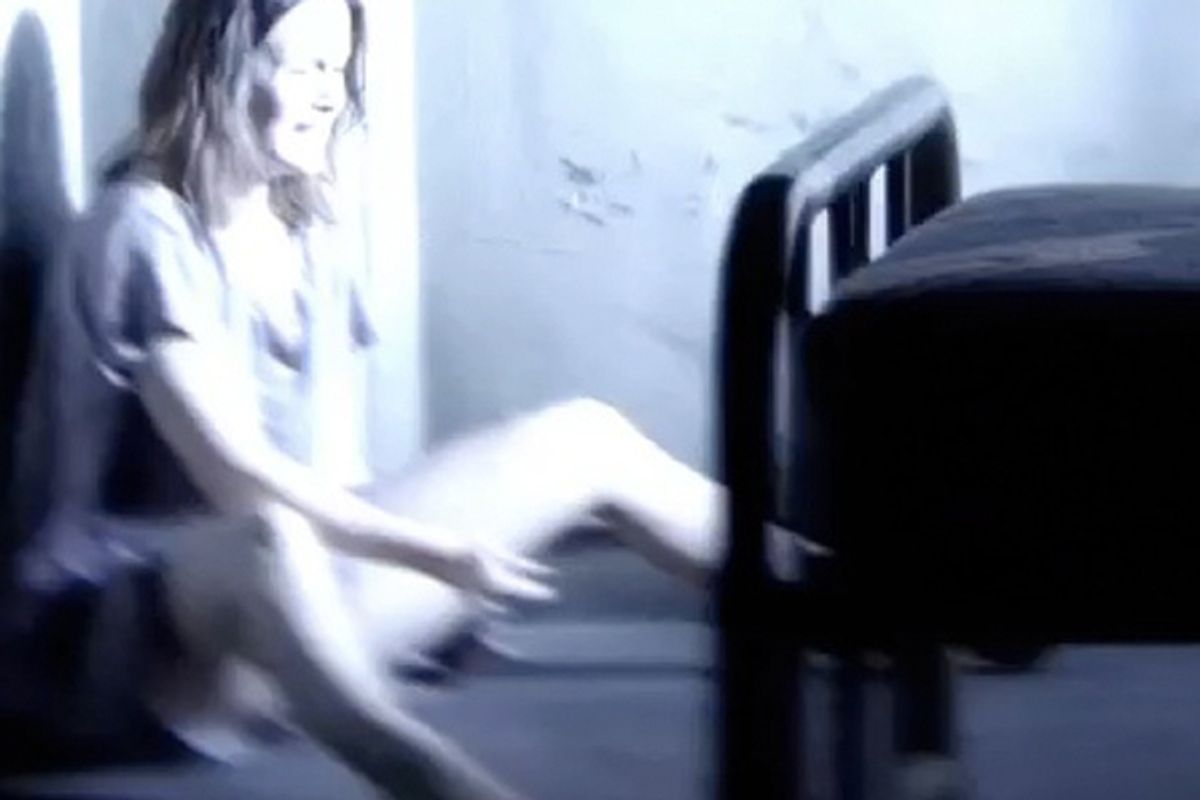 Television is skittish about abortions. Occasionally, a character will have one — “Grey’s Anatomy’s” Christina Yang did last season, to no serious outcry. But miscarriages, ectopic pregnancies and women deciding to keep the baby, even to bring said baby into a zombie-infested post-apocalypse, are far more common. And so too now is a woman giving herself a failed coat-hanger abortion.

On last night’s “American Horror Story,” in an episode titled “The Coat Hanger,” Sarah Paulson’s character, Lana Winters, a lesbian journalist wrongfully trapped in an insane asylum who had been raped by Dr. Threadson (Zachary Quinto), a serial killer who likes to skin people alive, found out she was pregnant. She tried to give herself an abortion with a coat hanger after the Catholic asylum staff forbade her from having a medically supervised one. Her attempt was bloody and unsuccessful —  but the devil might have had something to do with that. When the show jumped in time to the future, it was revealed that Lana and Dr. Threadson’s child grew up to be just like his daddy, a skin-flaying murderer.

This plotline, in typical “AHS” fashion, cheekily and outlandishly (and gruesomely) ran roughshod over many of the more controversial aspects of the abortion debate: rape of the mother, health of the mother, legality vs. illegality, coat hangers. This “AHS” plotline may have ended with Lana still pregnant, but she’s essentially carrying Rosemary’s Baby. It’s unlikely she’s going to regret her attempt. I’ve never seen a show stack the cards so heavily in favor of abortion, no matter the outcome. Because of “AHS’s” feverish, crazy, surreal aesthetic, it gets away with political positions more grounded shows can’t, or won’t, attempt.

Just compare this story with what recently went down on “The Walking Dead.” On that show, an accidentally pregnant Lori Grimes (Sarah Wayne Callies) wouldn’t even discuss terminating the pregnancy, even though she was bringing a baby into a zombie-infested world with barely enough food, medicine or shelter for a rag-tag group of adults. When the baby was full-term, Laurie opted to have a Cesarean-suicide with no anesthesia, commanding one of the friends to cut the baby out of her, leaving her for dead. It was a grisly story line that wouldn't have been out of place on "AHS" (last season, a main character died in childbirth), especially if the baby had been birthed a zombie.