UPDATED: Online voices of the National Rifle Association still have nothing to say to the victims or the country 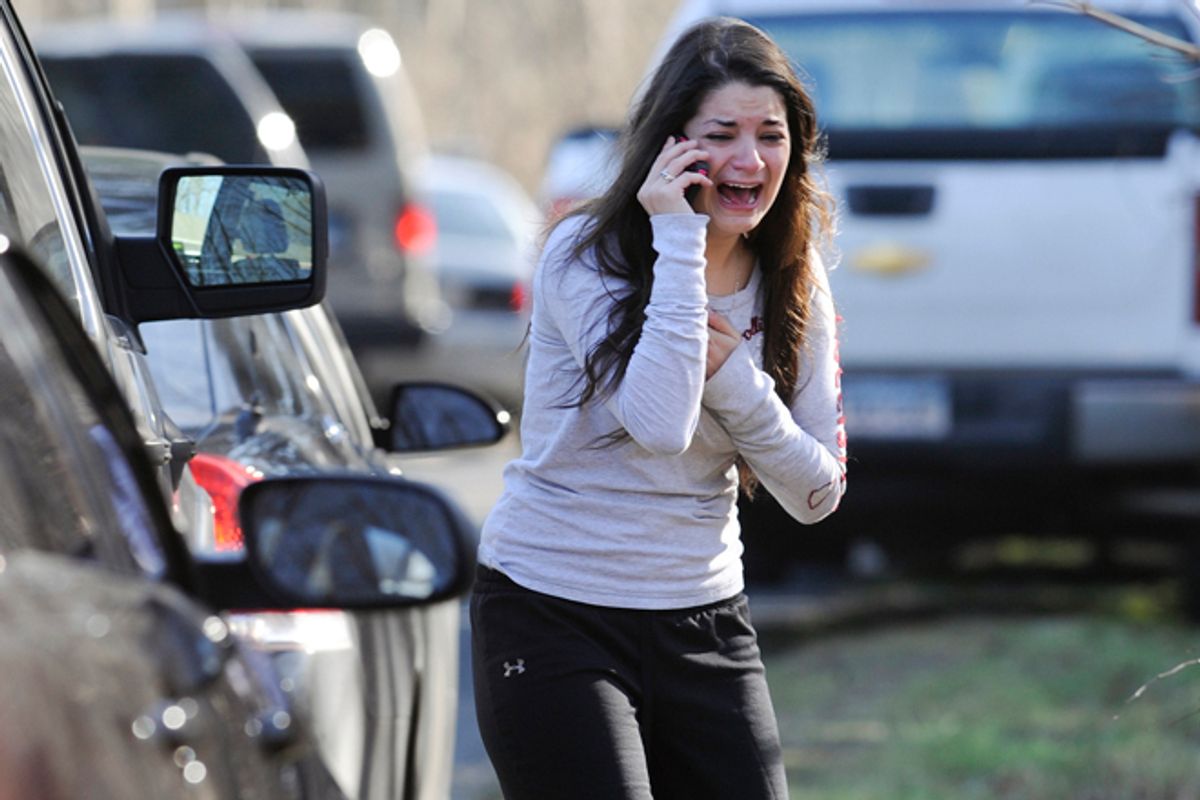 A woman waits to hear about her sister, a teacher, following a shooting at the Sandy Hook Elementary School in Newtown, Conn., Friday, Dec. 14, 2012. (AP/Jessica Hill)
--

UPDATED: As of noon eastern on Saturday, more than 24 hours after the shootings -- and with the new shootings in Alabama and Las Vegas --  the National Rifle Association has become heavily criticized on social media. But the organization has still yet to update its Twitter feed.

What would you suggest as their first tweet post-Newtown? Leave it in the comments below.

UPDATED: As of 4 p.m. eastern, there's still nothing new on either the NRA's Facebook or Twitter pages.

Since state police were called by a Newtown elementary school this morning a little before 10 a.m., the National Rifle Association has gone quiet on Twitter.

Here is their last tweet today, which seems to have been sent just before the news broke from Connecticut.