The account is now gone, but the Twitterverse remains outraged 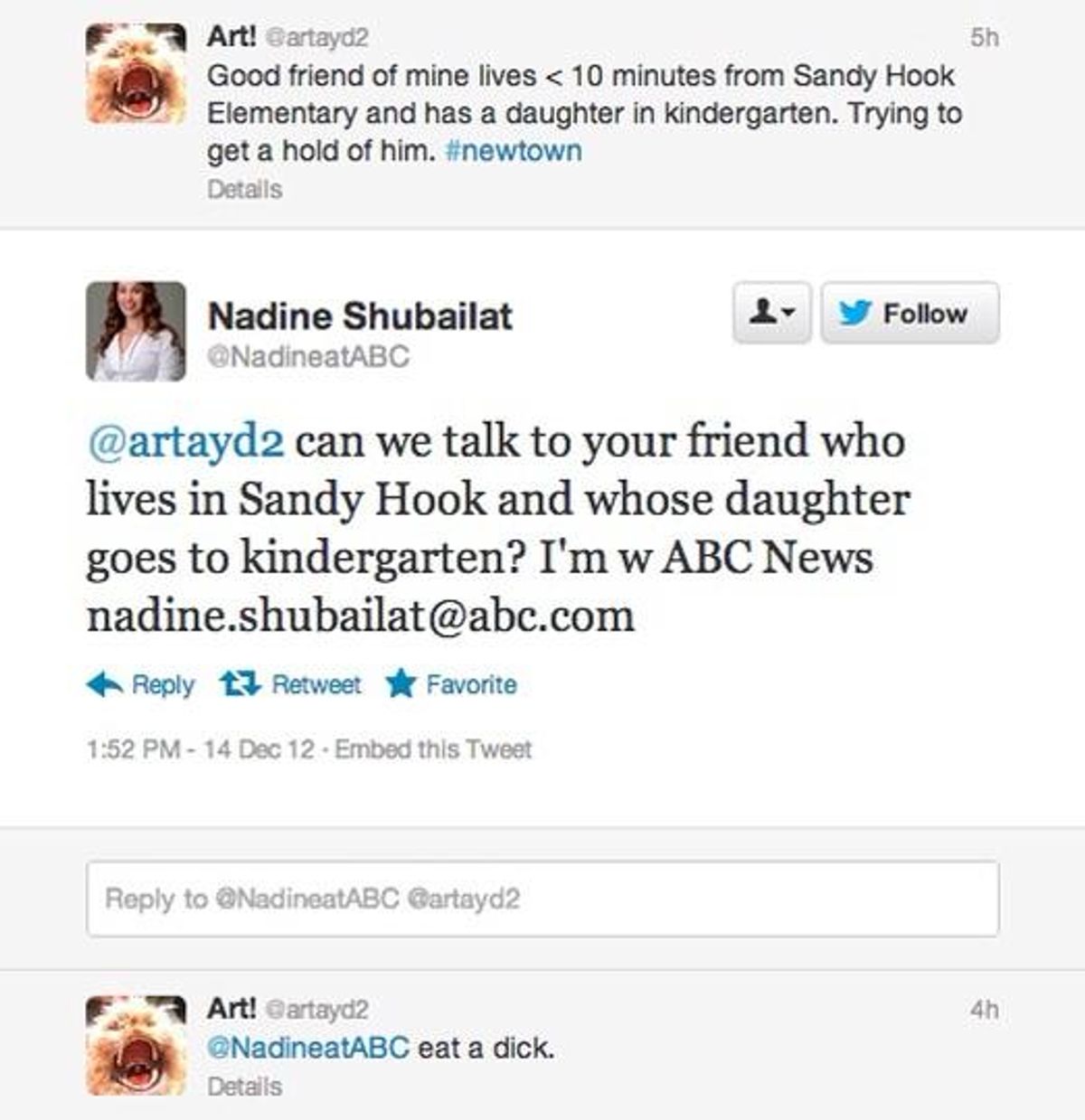 An ABC News producer earned the wrath of Twitter for her repeated tweets at anyone she thought might be a parent or relative of a Sandy Hook Elementary School student.

The producer, Nadine Shubailat, either removed her account or Twitter suspended it. It's now gone. But screen shots of her tweets made her the public face of outrage against the media for invading the privacy of parents in the midst of unbelievable tragedy.

One person, who tweets at @artayd2, became the hero of Twitter for telling Nadine, succinctly (and evoking memories of a Twitter feud between Aimee Mann and Ice-T) to "eat a dick."

Some of our favorite responses are below: