Believe it or not, the liberal answer to Fox actually makes for worse TV 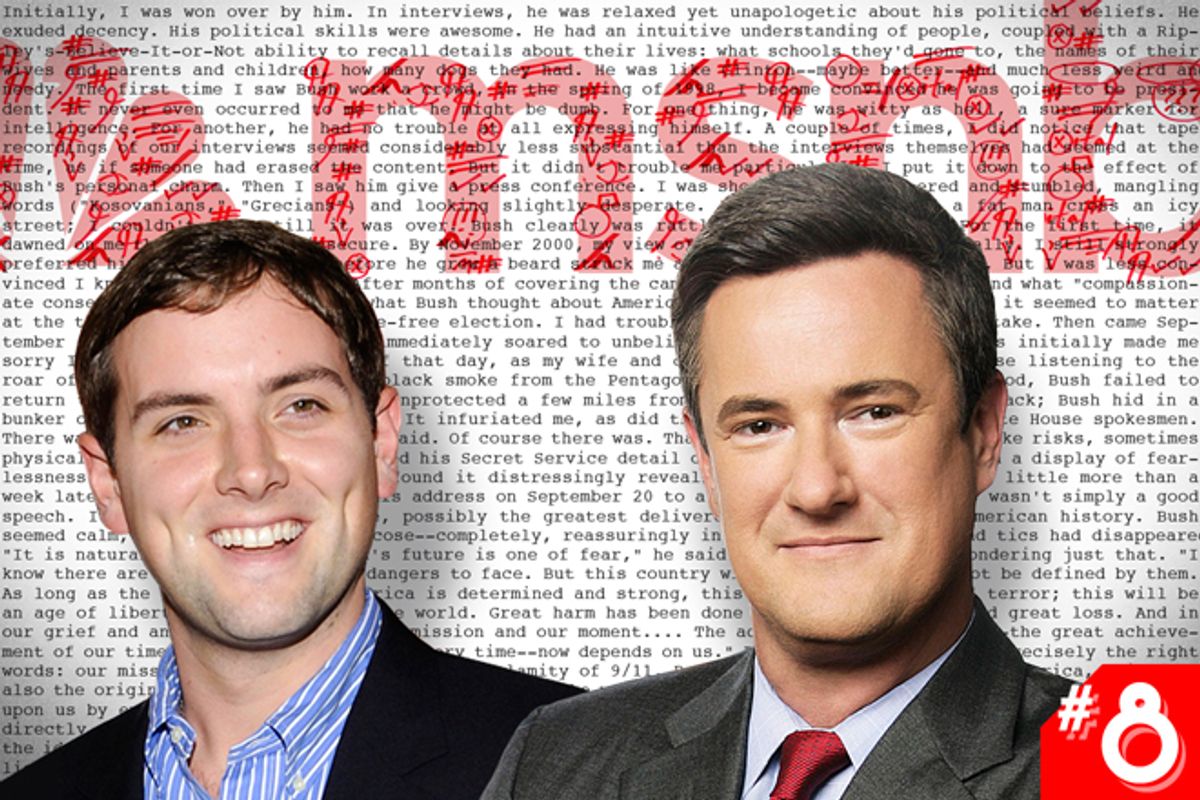 MSNBC, we're told all the time, is the liberal Fox News. That's reductive and stupid. It isn't. MSNBC isn't the liberal Fox News for two very important reasons: It usually demonstrates a greater respect for the truth than Fox News, and it's not as good as Fox News. It's not as good at being liberal as Fox is at being conservative. Fox is rigidly ideologically consistent, with its "straight news" programs echoing the same talking points and pushing the same slanted stories as its opinion shows. While there's no doubt that MSNBC is more unapologetically liberal than it used to be, it's still all over the place, with a conservative anchoring its flagship morning show, objective Beltway "straight news" proponents like Chuck Todd and Andrea Mitchell dominating in the daytime, and weekends full of ... prison shows. But more important, it's not as good as Fox at being compelling TV, which is why millions more people watch Fox every day. (There are demographic reasons for Fox's advantage, too, but it's still a huge number.)

There's a reason Ed Schultz -- the most Fox-like of MSNBC's liberal hosts -- has great ratings. That's also what makes it so funny that MSNBC is supposedly planning on replacing him with Ezra Klein, which is like Fox deciding to replace Sean Hannity with Ross Douthat. Good for respectability. Bad for ratings.

Cable news as a medium is basically a nightmare, with its oversimplification, artificial theatrical performances of ideological debate, and endless mind-deadening repetition. Fox at least goes directly for the lizard brain, offering hot newsreaders sneering outrages at you during the day and fired-up true believers in the evenings. There's no subtlety, just lots of primal tribal red meat married to a tabloid sense of newsworthiness: shocking videos, car chases, women in bikinis doing something or other somewhere. It's a deplorable mechanism for radicalizing old people, but it's better entertainment than Chuck Todd interviewing Blanche Lincoln.

I'll give MSNBC its due: Chris Matthews is probably the worst interviewer on television but he is also undoubtedly one of its most fascinating and watchable personalities. Rachel Maddow is obviously and deservedly a national treasure. MSNBC's new weekend morning programs, hosted by Chris Hayes and Melissa Harris-Perry, seem like a novel experiment in attempting to produce genuinely intelligent television using the medium of cable news and its popular tropes. "The Cycle" is exactly 25 percent great.

But existing in an uneasy alliance with the thoughtful young liberal MSNBC is the dumb MSNBC, of FIRED UP ED SCHULTZ and smug Martin Bashir. Lawrence O'Donnell seems to be trying to win a bet with someone that Piers Morgan isn't the biggest asshole with his own TV show. And there's "Morning Joe."

"Morning Joe" is the world's most self-satisfied television program. It is a place where Harold Ford Jr. is treated as a person whose insights and opinions are worthy of being taken seriously. It's a show with so little respect for its viewers that Mark Halperin is asked on to explain politics every day.

"Morning Joe" is very sure that it is fun and outrageous, instead of depressing. They joke, or "joke," about how they are all drinking alcohol at work, on TV! They banter! Sometimes someone swears!

Scarborough's wacky morning show cocktail party -- are they or aren't they spiking their coffee, is a question they are all really hoping anyone is asking -- isn't just an endless parade of conventional wisdom-spouting morons feebly discussing the day's political news. It's also cable TV's most reliably sexist program, with Scarborough finding it endlessly amusing to interrupt and belittle his supposed co-host, Mika Brzezinski. As most successful sexists do, Scarborough dismisses criticisms of his constant unambiguously sexist remarks by saying that they're just a joke that you're too p.c. to get, like in this "hilarious" promo, in which Brzezinski is very professional, and Joe and the other guy do cool, edgy guy stuff like get drunk and do drugs and stuff. (Joe Scarborough is such a cool guy, guys. He enjoys drinking alcohol! He even played in a band once.)

The joke is less funny when you learn that Brzezinski was making 14 times less than Scarborough, until she learned of the disparity and nearly left the channel over it. Now she makes half what he makes. (Which is maybe a reflection of the fact that she seems to get roughly half as much time to talk as Scarborough does on your average edition of "Morning Joe.")

But fratty misogyny is only one of "Morning Joe's" recurring gags. There's also Joe's titanic self-regard, best exemplified by his apparent belief that he and Michael Bloomberg would have made a successful presidential ticket. Scarborough, a moderate conservative television personality, still believes himself to be a Real Man Of The People sort of guy. But the ideology of "Morning Joe" is the ideology of the elite center, a group of people who hold opinions that are deeply unpopular on both ends of the political spectrum and who have convinced themselves that they represent a secret majority of Americans. (Or at least "Real" or "Regular" Americans.) Hence, Harold Ford. These are people who believe not only that cutting the most popular government program in the nation is a "moderate" and sensible idea, but that there is a popular "mandate" for said cut, because millions of voters selected one candidate who promised not to cut Medicare benefits over another candidate who supported cutting Medicare but also scored political points by accusing his opponent of already having cut Medicare benefits.

Also residing comfortably in this bubble of elite self-regard is Luke Russert, the dauphin of MSNBC. Luke is for some reason MSNBC's primary congressional reporter, which is a pretty plum assignment for a guy whose only journalism experience, prior to being hired as an on-air personality at MSNBC, was an internship at ESPN.

MSNBC is deeply protective of young Luke, probably because everyone with eyes and ears can tell merit has had nothing to do with his remarkable ascendance at the channel. He seems like a nice enough lad, depending on your tolerance for unimpressive children of great privilege, but his constant presence on the channel -- they even have him guest-hosting now -- is an embarrassment. No one can claim with a straight face that Russert is a natural TV presence or a gifted reporter, however hard he works and however much time NBC spends grooming him. But even as he improves as a television personality, there will never be any way around the fact that he's a product of the Washington ruling class, marinating in its toxic received wisdom since birth. He's been trained to deeply admire and respect the Serious Men of our toxic political elite. Considering how much the entire country hates Washington, a channel seeking to reach a mass audience ought to consider giving some of Russert's hours of weekly airtime to someone with a slightly more outside perspective.