Barbara Walters asks the First Couple about the viral photo 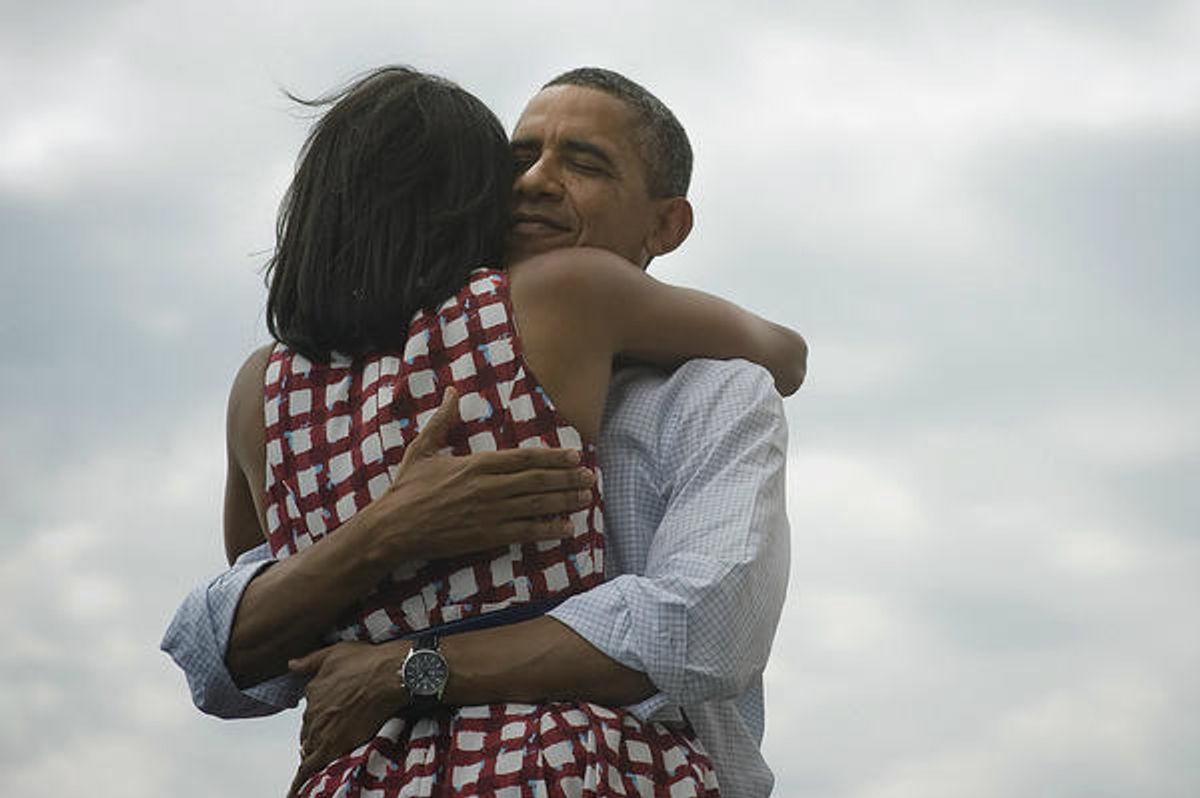 In an interview with Barbara Walters set to air tonight, Barack and Michelle Obama discussed the iconic "hug" photo that went viral on Election Night, after the President won re-election.

The picture was taken while they were campaigning in Iowa, Barack Obama said. Michelle Obama added: "Also, I hadn’t seen him in a while. You know, when you're campaigning, they have, we're two ships passing in the night, and the first time I saw him was when I walked on stage to greet him. And that’s my honey giving me a hug."