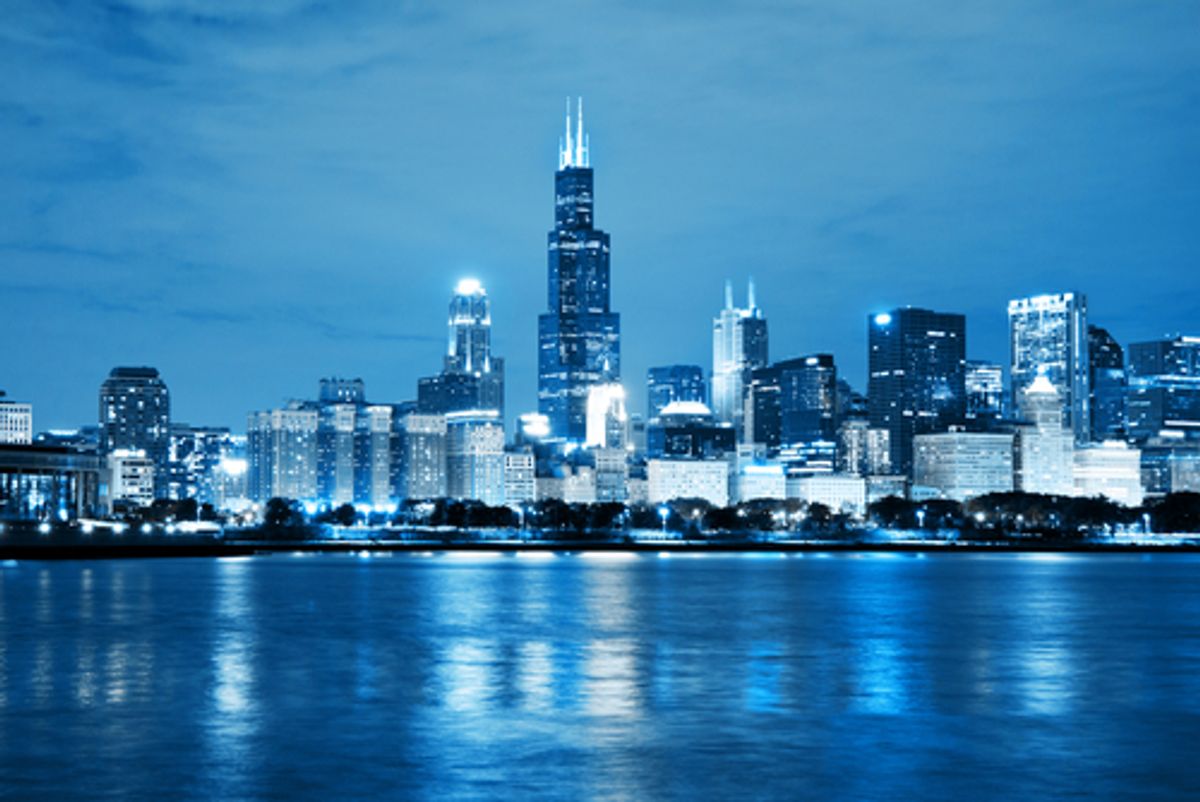 The Chicago Tribune reported that "homicides were up 17 percent over last year in Chicago, and shootings had increased by 11 percent, according to police statistics." The Tribune, giving little by the way of explanation, cited unseasonable weather early in the year as a factor contributing to an unusually high humber in murders:

Largely contributing to the spike was the unusual number of homicides that occurred during the early part of the year, when the  city experienced unseasonable warmth. In the first three months of the year, homicides ran about 60 percent ahead of the 2011 rate.

Commenting Friday on the 500th homicide, Mayor Rahm Emanuel called the total "an unfortunate and tragic milestone, which not only marks a needless loss of life but serves as a reminder of the damage that illegal guns and conflicts between gangs cause in our neighborhoods."

Cook County Board President Toni Preckwinkle, speaking to a local news channel earlier this month, said that a restructured or strengthened police department would not fix Chicago's violent crime problem, which is deeply rooted in poverty and a lack of resources for poor communities.

Meanwhile, on Friday New York City boasted relatively good news: 2012 set a record for the all-time lowest number of shootings and murders in city history. As of Friday morning, there have been 414 homicides in 2012 -- the previous record low was 471 homicides in 2009. Police Commissioner Ray Kelley pointed to programs restricting gun proliferation to account for the statistics: “We’re taking 8,000 weapons annually out of the hands of people we stop, 800 of them illegal handguns,” he said.