How fracking is corroding small-town America 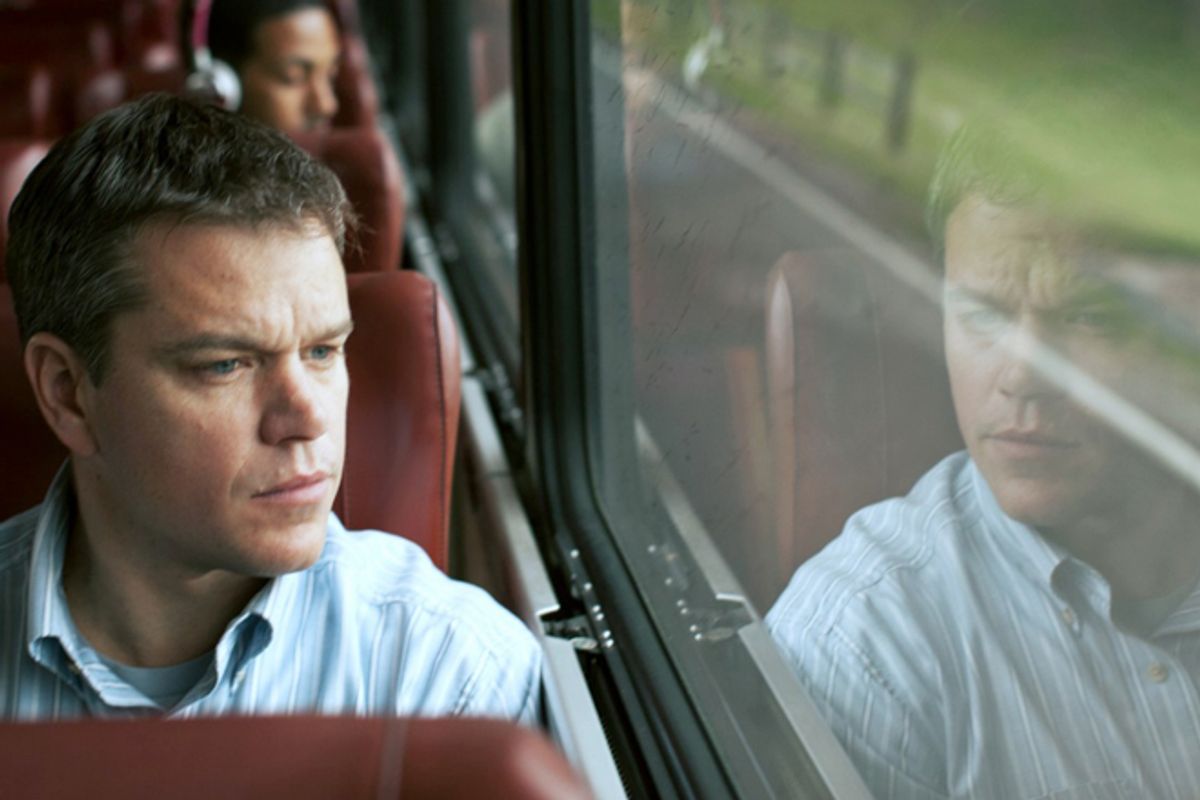 This isn't an article about the method of extracting natural gas from deep subterranean rock called hydrofracturing, or fracking, because you either already know where you stand on that issue or you're not much interested. And it's not exactly an article about Matt Damon and Gus Van Sant's fracking drama "Promised Land," even though the movie surprised me with the grace and sophistication of its portrayal of small-town America, along with nice supporting performances from Frances McDormand, Rosemarie DeWitt and John Krasinski. (I wish it hadn't been crammed into the most crowded season of the year, amid all kinds of movies with more star power and sizzle.) It might be about why "Promised Land" hit me so hard, and may hit you hard too if you spend time in the parts of America where the fracking debate is defining the future.

My family lives for about half the year in a rural community about 150 miles northwest of New York City that I won't name in this context, partly out of respect for my neighbors and partly because it really doesn't matter. Our town happens to be in the rural Northeast -- like the movie's fictional town of McKinley, Pa. -- which I often think is the strangest and most powerless part of the country, but it's not substantially different from hundreds or thousands of other declining agricultural towns from Maine to Alabama to California. One of the ways it's like a whole bunch of other Middle American communities is that it's presumed to sit on top of a lot of natural gas, which in this case is buried deeply beneath the Appalachian rock formation known as the Marcellus Shale. Almost everyone in our town, pro or con, will tell you that the potential civil war over fracking -- which is currently on hold, while state officials deliberate whether or not to permit it -- may tear us apart.

Some of our town looks like the setting for Ronald Reagan's "Morning in America" commercial, with lovely back-street Victorians dressed up with holiday decorations, manicured plantings and year-round American flags. Some of it looks more like the setting for a hard-boiled "new country" video, with sofas on the sagging front porches of two-bedroom bungalows whose vinyl siding was last replaced in 1986. On game days in the fall, fans of the high-school football team hang hand-painted signs in team colors on the two-lane highway coming into town, so visiting players arriving by bus know whose house they're entering. A fly-fishing stream runs right through the middle of the village, past the Ford dealership, the loading dock for the National Dollar store and the county fairgrounds, where last August my kids' Holland lop rabbit was named Reserve Best of Breed. (Her name is Snowdrop.)

Once upon a time our town was the center of a prosperous dairy farming region, and it still clings to that identity, even though there are fewer farmers and fewer cows every year and the big plant, owned by a multinational corporation, that processes cottage cheese and sour cream has been downsizing for decades. Everybody in town understands that the plant will close down sooner or later, and no one has any clear idea what will become of the local economy after that, except that it won't be pretty. A few years ago there was a tentative plan to site a state juvenile prison in our town, which promised to generate a truly unappetizing local firestorm. Mercifully, that prison never made it off the drawing board.

A partial solution is staring everybody in the face, in the form of a small but growing population of urban exiles and summer people with an appetite for organic vegetables, artisanal cheese and similar boutique agricultural products. Even though I am undeniably part of that population, I understand the local attitude: Capitulating to city dwellers' picturesque fantasies about country life feels to many people like an abject surrender of the way of life their parents and grandparents and great-grandparents worked so hard to build. Switching to organic and/or small-scale production is a difficult and expensive transition, and while many farmers in our county have little to lose, it's not yet clear that that kind of specialty agriculture can form the basis for long-term prosperity and stability. That's where the natural gas companies, and guys like Steve Butler, the "land man" played by Matt Damon in "Promised Land," come in.

Early in the movie, Steve sits with his boss in one of those wood-paneled Manhattan steakhouses where disgusting deals to rip off ordinary people go down every day, drinking a bottle of Bordeaux that probably cost more than $100 and explaining why he's so good at buying the drilling rights from landowners in poor and depressed rural communities all over the country. He understands those places, Steve says; he grew up in a dying farm town in Iowa, where he was one of two guys from his high school who actually went to college and studied something that wasn't agriculture. His boss isn't all that interested, but nods sagely: "It's the pride?" Steve shakes his head no. "It's delusional self-mythology," he says angrily. "It's bullshit." People in his hometown understood perfectly well that their way of life was dying but chose, through a kind of willful cognitive dissonance, to pretend that it wasn't.

If that sounds a little like Barack Obama's infamous line about bitter rural white folks clinging to God and guns, it probably should. Obama was right about that one too, although he could have phrased it better. One of the great attractions of fracking and the potential economic boom it promises is the measure of revenge it seems to offer to small-time landowners in depressed, half-forgotten Podunk communities all over America. People in my town -- a deep red community in a deep blue state -- and in the movie's fictional McKinley, and in God knows how many other towns from coast to coast, feel themselves outvoted, scorned and abandoned by people in the metropolitan cities. (They're not wrong.) The prospect of magic money for doing nothing, and evening the score at least symbolically with all those big-city Volvo-driving liberals and meddlesome, pissy-pants environmentalists, seems almost too good to be true.

For many communities, of course, as Josh Fox's Oscar-nominated documentary "Gasland" and numerous investigative reports have suggested, fracking actually is too good to be true. Natural gas is clean energy, at least as fossil fuels go, but the way they get it out of the ground is a whole lot less clean. Allowing private-sector wildcatters to go after America's most important domestic energy source willy-nilly, by injecting a toxic soup of water, sand and a secret blend of chemicals deep into the earth, is a highly dubious proposition even when it doesn't make the livestock die of mysterious illnesses and the tap water catch on fire. To the credit of Damon and Krasinski (who co-wrote the film and star in it, with Krasinski as an eco-activist with a surprising agenda), they don't try to make it seem as if fracking always causes environmental devastation. "Promised Land" is more about the way the politics of fracking can divide and poison rural communities, and bring false hope of a new dawn to downtrodden people.

One of the moments in "Promised Land" that makes Damon's Steve Butler reconsider his path arrives when he sees a guy who lives in a single-wide trailer on a 1.8-acre tract of land drive up in a brand new Porsche. In Steve's view, he did the guy a favor by paying him $5,000 to sign a lease the drilling company will probably never use. (One of the land men's favorite tactics to quell opposition is to sign leases, and accompanying confidentiality agreements, with as many landowners as possible, even if there's little or no prospect of actual drilling on their property.) Now he understands that it wasn't a favor at all, and as in a Dickens novel, the illusory promise of future riches has led someone vulnerable into a disastrous situation.

Is that scene too symbolic or novelistic, a little too on the nose? Well, it might seem that way, unless you've been around the places where the fracking wars are happening. I remember a town meeting some years ago whose announced topic was "How We Can All Get Rich." Fracking could well produce an ugly fight in our town that will pit arugula-eating newcomers against old-time dairy families, Tea Party Republicans against liberal Democrats and Ford F-150s against Subaru Foresters, with the strong possibility that everybody involved will come off like a jackass. I'm tempted to say it doesn't matter who wins, although I don't actually believe that -- the town's future will be much worse with fracking than without, because preserving the farms and scenery will be much more difficult. But either way, more dairy farmers will fail, nothing about our national energy crisis will really change and the people who can actually afford to drive Porsches will be somewhere else.