The new series is part of a burgeoning, fun new subgenre: Melodramatic crimes of the rich and famous 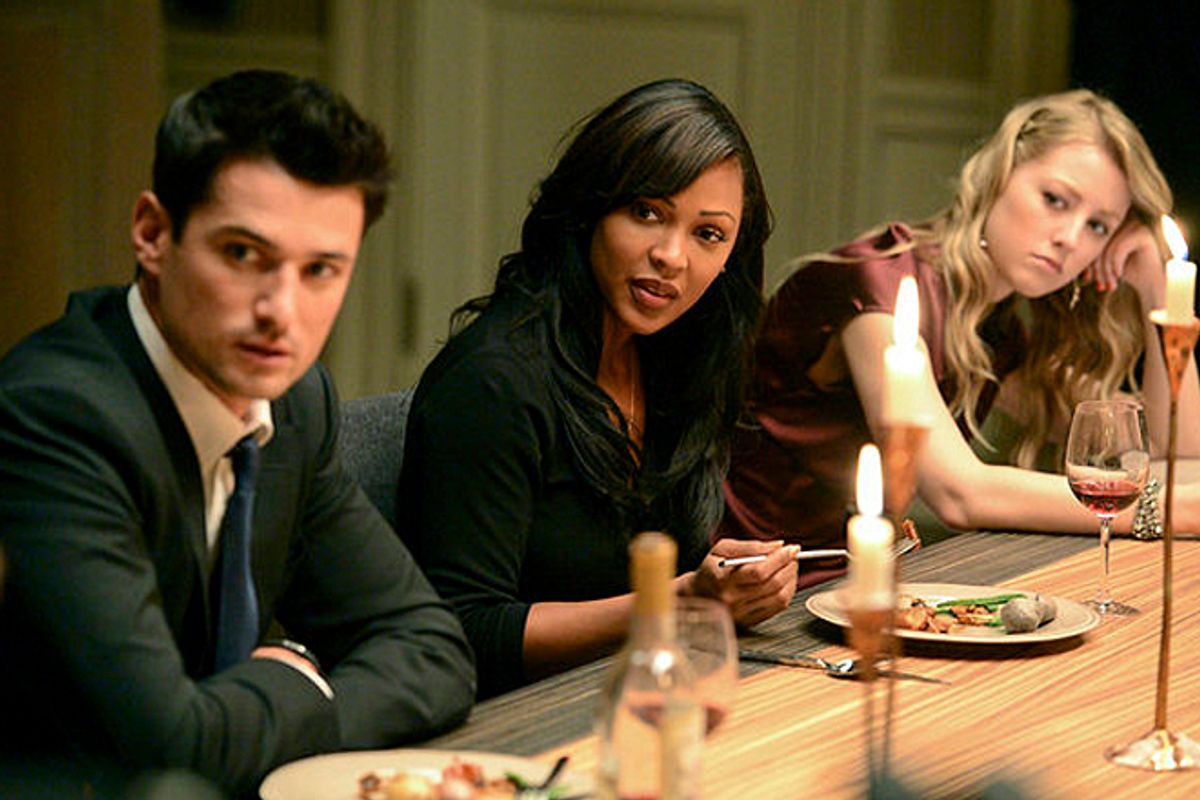 If you are looking for some upscale junk food — beautifully packaged, nicely performed, delectably plotted, but shot through with hot air and likely to make you queasy by the time you reach the end of the bag — look no further than NBC’s soap-mystery “Deception,” which starts tonight, and is, at least for now, scrumptious. ("Deception" was previously named “Notorious” and "Infamous" and I'd be interested to see the market testing numbers on the disparate appeal of these nouns. Was “Notorious” too Paris Hilton, or too Alfred Hitchcock? Or was it just that no one in the demo knew about Alfred Hitchcock?) “Deception” joins “Revenge” in the burgeoning “Melodramatic Crimes of the Rich and Famous” subgenre, but judging from a sample size of three episodes, it is far less ridiculous than ABC’s almost militantly campy soap, while still being a healthy amount of ridiculous. One does not watch Melodramatic Crimes of the Rich and Famous shows for them to be understated, after all. (Upon completion, one's fingers should be orange, but not permanently stained.)

“Deception’s” heroine is Joanna Locasto (Meagan Goode), a San Francisco cop we meet punching a meth-head in the face, lest ye doubt her toughness. Joanna was raised on the East Coast, out in the Hamptons, the daughter of the housekeeper to the extremely wealthy Bowers family, and best friends with the Bowers' daughter Vivian. Late in high school, the two had a falling out, with Joanna going on to become police, and Vivian to become an addict and tabloid queen who jump-starts “Deception’s” plot when she is mysteriously murdered. The feds have been eying the Bowers, who own a large pharmaceutical company, for financial crimes for years. Joanna’s ex-partner and not-so-ex boyfriend (Laz Alonso) convinces her to go undercover with the Bowers, visiting her childhood home and leaving out the part about how she’s a cop, to see if she can dig up some dirt and solve this here murder.

The Bowers are a who’s who of attractive, occasionally charming creepers: Victor Garber is the kind-seeming paterfamilias, Tate Donovan is a high-strung jerk who barely got off on rape and murder charges a few decades earlier, there's his anxious and stressed estranged wife (Marin Hinkle), an icy stepmother not above using a squash racquet as a weapon (Katherine LaNasa), an angsty teenager of questionable maternity (Ella Rae Peck), and a drunken playboy doctor (Wes Brown) who used to sleep with Joanna. Who done it?

If all of this sounds pretty standard — which in this instance means totally over the top – it is and it isn't. “Deception” is pretty squarely in the modern-day “Imitation of Life” territory traversed by "Desperate Housewives" and "Revenge," but it is also more grounded, and like "Imitation," concerned with race. Joanna is not an evil genius seeking "REVENGE" on any and everyone, or a cartoonish housewife plunked down in the middle of too much intrigue; she's a good cop out to solve a murder that matters to her.

Furthermore, Joanna is African-American and so is her handler. (This makes Meagan Goode just the second black woman to top-line a network drama in the last 30 years, the other being Kerry Washington on ABC’s “Scandal.”) No particular mention is made of Joanna's race in the first few episodes, and I presume the part of Joanna was not explicitly written for an African-American. But her race adds a complexity to Joanna’s dynamic with the Bowers — she grew up with them, she is one of them, and also she is not one of them — as well as a dose of reality that is entirely lacking in "Revenge": In the world of "Deception," people of color actually exist.