Even a rocker can be bullied 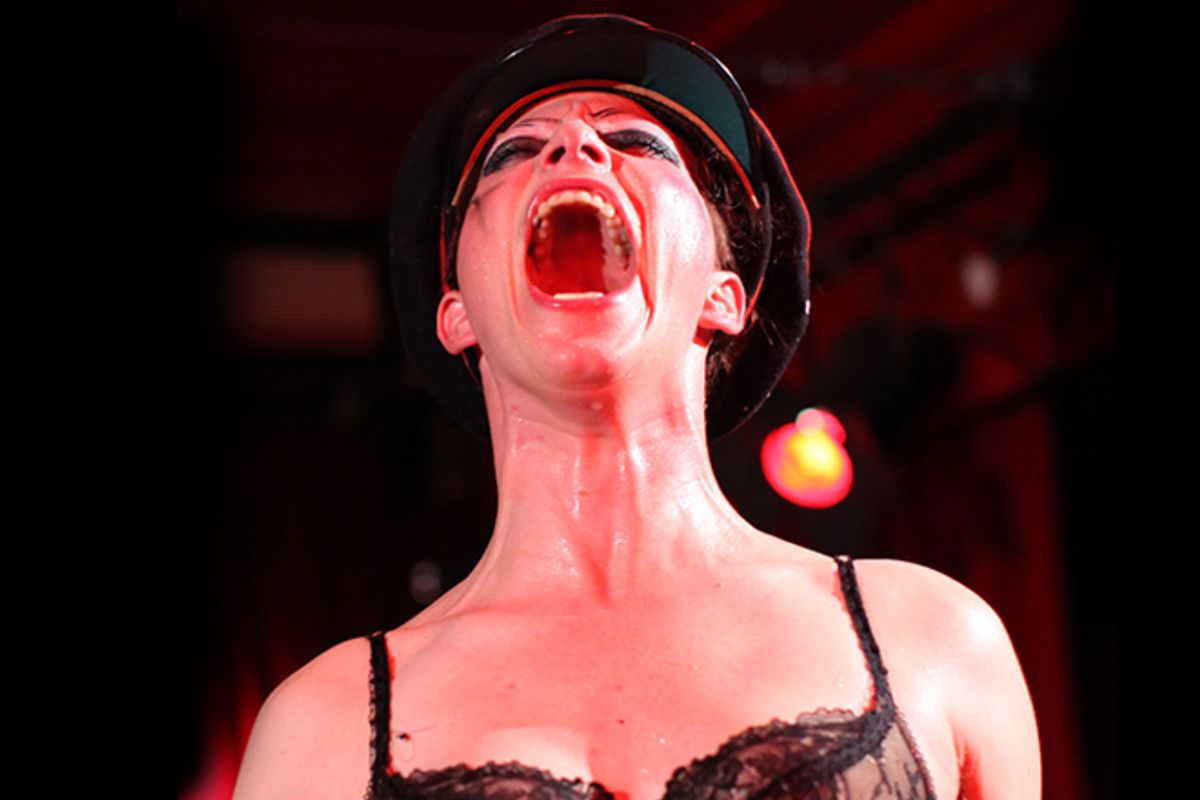 It doesn't matter whether you're a lonely high school student or a successful, Billboard-charting star. One thing is certain: The trolls are going to find you. So what are you going to do when they come for you? More to the point, what are we all going to do, together?

That's a question musician Amanda Palmer, in her typically candid, crowd-sourcing way, got at in a blog post over the weekend, with revelatory results. In her post, she admits that while "ego surfing" for stories about herself one night, she found a different Amanda in her Google search. She hadn't heard of Amanda Todd before. She didn't know about the teenage girl who'd become a viral star for making a YouTube video about her struggles with "bullying, suicide, self harm." She didn't know that a month later, she committed suicide.

As Palmer notes, she shares more with Todd than just a first name. Both of them had been inspired by Dylan's "Subterranean Homesick Blues" to tell their stories via a stream of note cards. And they both experienced the relentless viciousness of bullies.

In her post, Palmer writes of the meanness she experienced back in high school, and she admits that even now, "Internet hatred pointed in my direction can TEAR ME APART." Palmer knows she's one of the lucky ones, though. She has support and friends and fans. And with that network, she wants to have a conversation involving "every … person young or old, who is out there dealing with hatred, bullying, and other forms of evil coming at you. i.e. … everybody." Because everybody's been there. Anonymous cruelty is one of the crappier hazards of contemporary life and few of us escape it. So Palmer has opened up a dialogue asking for "your coping mechanisms for dealing with everything from evil youtube commenters, facebook stalkers, bad reviewers."

In just two days, the answers to that post have become a lively, moving group project, a stampede of replies full of poignant reminders of the power of our words for both harm and healing. There's an overweight girl who writes about the bully who "terrorized" her and of his eventual suicide. "We're all human. We're all broken in a way, and we're just trying to feel whole," she writes, so "when someone is bullying you … they are probably going through some kind of hell you are completely unaware of." A trans poster tells readers, "Your only mission is authenticity. Your only job is to be yourself." And another fan gives the message from experience, "I see that every act of hatred that was passed on to me was inflicted onto that bully by someone. I chose to plate the hate on the floor and leave it there. By not passing that pain onto others, I freed arms to receive the love that I always knew I deserved." Holy crap, it's great stuff. Some of what's in there is angry and raw and sad, which is understandable. What's amazing is how much is full of forgiveness and empathy – two things that are hard to come by and no easy feats to put into practice. Two things that'll save you.

Like It Gets Better, Pacer, the Jamie Isaacs Foundation and other anti-bullying movements, Palmer's simple invitation to an open dialogue about how others deal with the bullies both online and off – and how they've survived them – offers the message that while the pain that others inflict is real and deep, it's shared. And that there's hope.

We've got a lot of work to do here, folks. Every day. We have to lead with our hearts. We have to be compassionate when snark is easier. We have to be vulnerable when being hard is safer. We have to spread the message of support and help, and give our voices and our ears to those in need, even when we know it might make us targets too. The trolls are loud and they're persistent, and so we have to be loud and persistent too. As one of Palmer's commenters writes, "The Internet is a scary place, and some days, I have to turn it off because it makes me cry." That's why, she says, we have to "keep adding on to the goodness that is out there."