Kidnapping was the "best thing" that ever happened

Twenty years after her abduction, Katie Beers tells how an unspeakable crime changed her life — for the better 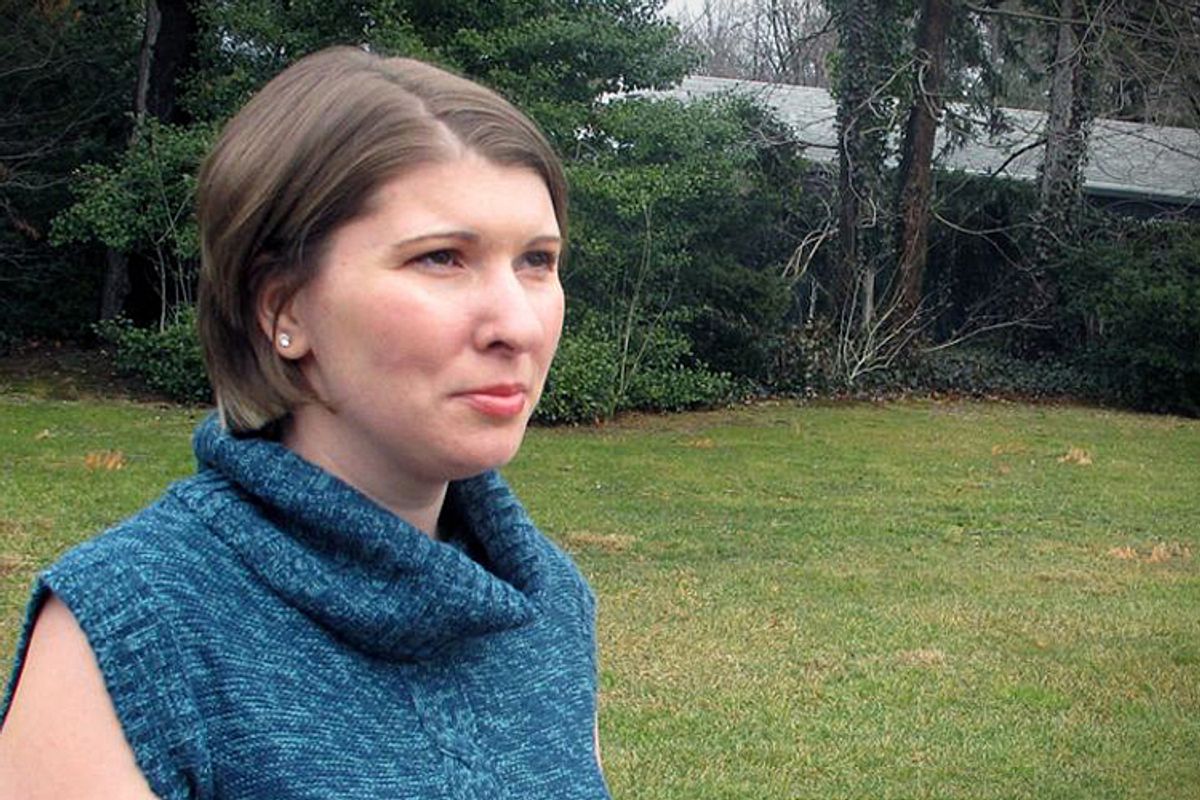 Shortly before Katie Beers's 10th birthday, in 1992, family acquaintance John Esposito lured the girl into his home with the flimsy promise of video games. He then confined her in a dungeon he constructed below his floorboards expressly to imprison the child. For over two weeks, he kept her in a coffin-size box within the bunker, and according to Beers, he chained her by the neck, raped her and hit her. Today she says, "I never thought that I was getting out." Yet 20 years later, when Beers looks back on those days, she sees "the best thing that happened to me."

Beers is no confused Stockholm Syndrome sufferer. Instead, the now 30-year-old woman is today a married mother of two who's recently co-written a book about her experience. But two decades ago, the Bay Shore, New York, native was a "louse-infested, filthy" child with no friends and an absentee mother, a little girl who, from the time she was a toddler, had endured sexual abuse at the hands of her godmother's husband Sal. When the 7-year-old Beers told her godmother she'd been molested, the woman had called her a liar and told her to get out of her face. To bring the abuse to light, it took an act of unimaginable horror.

It was during her captivity that authorities discovered the ongoing horror of Beers's living situation. And after Esposito, who is still serving out his prison sentence, led police to where he'd been hiding the girl, Sal Inghilleri went on to serve 12 years in jail for sexual abuse. Beers, meanwhile, went to live with a foster family. She grew up in a "comfortable" East Hampton, Long Island, home with four siblings, cared for and protected from the glare of media scrutiny. And now, when she calmly speaks, as she did on Monday's "Dr. Phil," of how she got through it by going into "survival mode," she's making it clear that survival mode is still very much in effect.

Beers is a testament to the power of resilience, a skill she's undoubtedly practiced over years of superhuman effort. "I try not to be sad about what happened, because ultimately it made me who I am today," she now says. "And I'm very satisfied and happy with my life. You never fully recover. It's with me every day, but it's something I've learned to cope with." It's a sentiment that's been echoed by Elizabeth Smart, who was abducted in 2002 and recovered nine months later, and who advises fellow survivors to "not to look behind, because there's a lot out there." It's been proven by people like Bob Shumaker, who survived eight years as a prisoner of war in Vietnam, three of them in solitary confinement, and who says, "I could have thought 'Why me, God, why me?' But I didn't."

Beers lived through a series of horrors few people can even fully imagine. But the strength and mettle she exhibits to this day are an amazing example of what it takes to weather the worst. It's there in her clear-eyed understanding that the past can never be forgotten but it can never be changed, either. You don't have to have gone from abuse to abduction to eventual freedom to appreciate the grace and wisdom it takes to refuse to stay emotionally confined after being physically freed. To choose to view a nightmare as the thing that changed your life in good ways. And say, as Beers does, "There's no point really in me right now being sad."