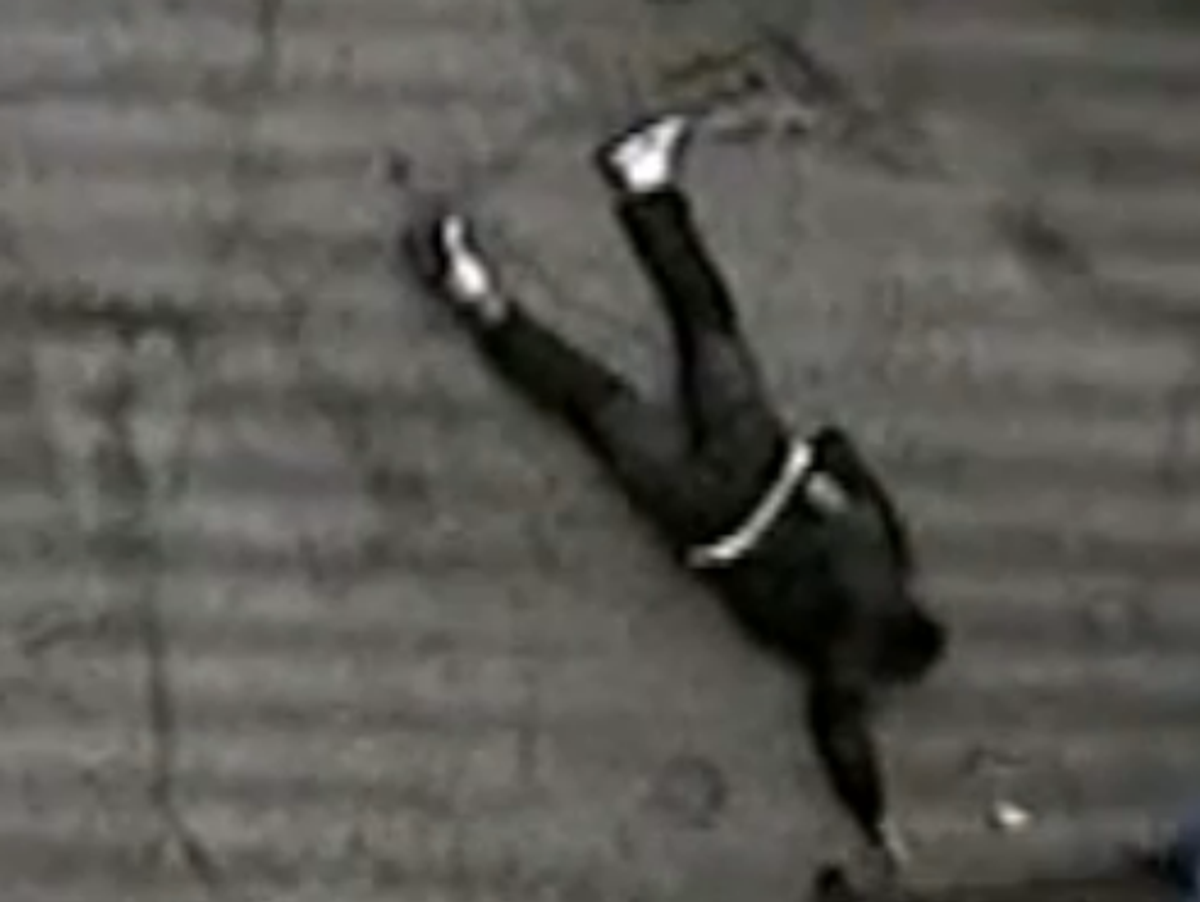 Screenshot from footage of shoplifter choked to death (via DNAInfo)
--

A homeless man in Chicago was choked to death for shoplifting a tube of toothpaste from a CVS store. Video footage released Thursday of the May incident by DNAInfo shows the store's manager Pedro Villanova chasing the man, 35-year-old Anthony Kyser, into an alley, pinning him to the ground and throttling him until his body goes limp.

The chilling video shows six passersby join the scene, a number of them assisting Villanova in holding down Kyser, one even kicks the man in the head. After just over two minutes, Kyser is sprawled and still on the ground.

Despite the fact that Cook County Medical Examiner’s Office ruled the death a homicide, the Chicago Police Department said it was an accident and did not pursue criminal charges. But Rep. Bobby Rush, D.-Ill, is calling for a special investigation into how a store manager pursuing a shoplifter for one tube of toothpaste could lead to the homeless man's violent death. Kyser's mother has filed a lawsuit claiming the store manager committed battery and that CVS is liable.

“The video shows that Anthony Kyser was being choked by the CVS store manager and that no one did anything to help,” said Jack Kennedy, an attorney with the law firm representing Kyser’s mother told DNAInfo. “I think it’s appalling that CVS maintains that an employee can choke someone to death if they steal from a CVS store.”

The store manager has claimed that Kyser punched him and he acted in self-defense. The video footage shows Kyser held down, defenseless for some time, but Chicago police officers were already aware of the footage's content when deciding not to file charges against Villanova.

“This videotape … presents an undeniable moment where [his] life was snatched from him,” said Rep. Rush.

Last December, an off-duty deputy police officer working part-time for Wal-Mart security shot and killed a shoplifter fleeing a North Houston store. The officer shot and killed Shelly Frey as she and two other women tried to drive away with stolen goods. In November, three Wal-Mart employees killed a shoplifter in parking lot "altercation," as police described it, in Dekalb, Ga. These cases remain under investigation.

Watch the footage below of the Chicago incident, obtained by DNAInfo (warning: graphic content):