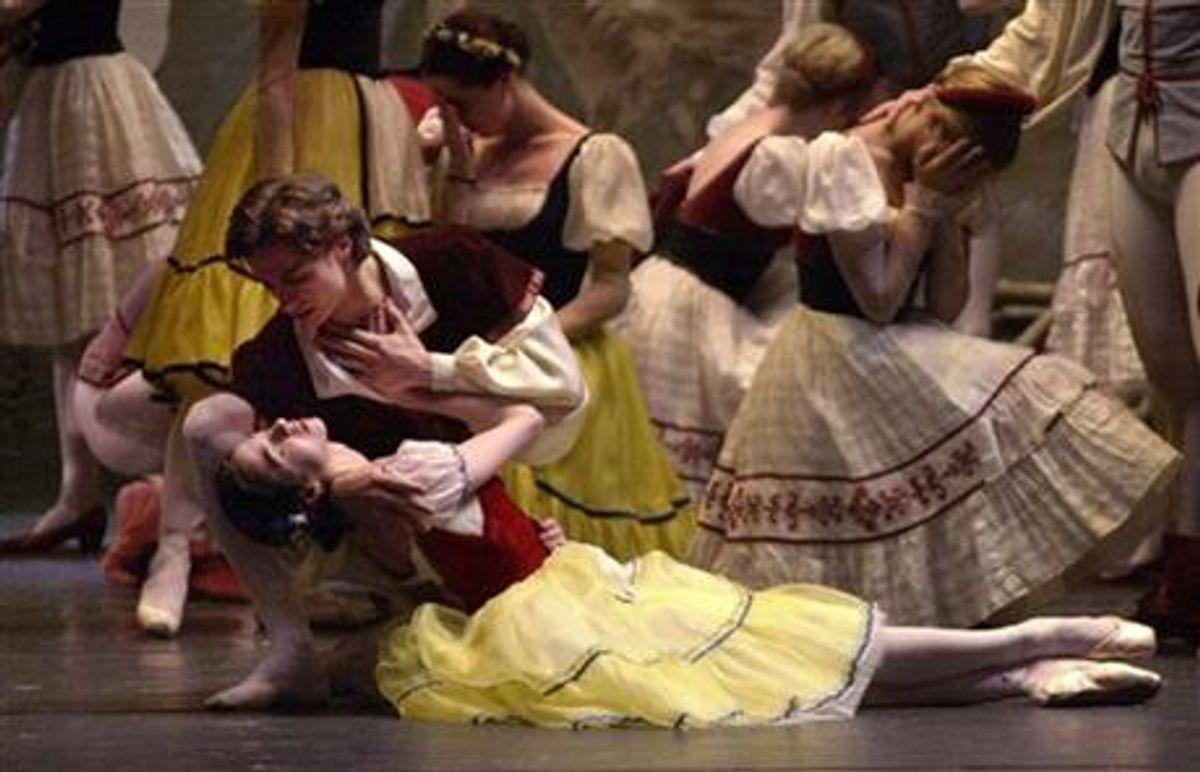 MOSCOW (AP) — A masked assailant threw acid at the artistic director of Russia's Bolshoi Theater ballet troupe, an attack that Bolshoi representatives said may cause him to lose his eyesight and appeared to be linked to power struggles at the famed ballet company.

Sergei Filin, a 42-year-old former ballet star, was approached late Thursday night by a man who threw the acid at his face as he got out of his car outside his home in central Moscow, police spokesman Arkady Bashirov said. Theater officials said the man was masked.

The theater's general director, Anatoly Iksanov, said he believed the attack was linked to Filin's work.

"He is a man of principle and never compromised," Iksanov said on Channel One state television. "If he believed that this or that dancer was not ready or was unable to perform this or that part, he would turn them down."

Filin knew that someone was threatening him or trying to undermine his position at the theater, Iksanov said. He said Filin's car tires had been slashed earlier this week and he was targeted in early January by hackers who posted his professional correspondence online.

"He said 'I have a feeling that I am on the front lines,'" Iksanov quoted Filin as telling him Thursday before the attack.

Iksanov later backed away from the suggestion that the attack was linked to Filin's casting decisions.

"The goal (of the attack) was to create a split and disagreement in the theater's management," Iksanov told journalists gathered at the theater. Channel One deleted his statement from its reports later in the day.

"We've just realized that the job of a Bolshoi Theater director is very dangerous one," she said.

Bolshoi spokeswoman Katerina Novikova, who visited Filin in the hospital Thursday night, told The Associated Press that his condition is stable but he could lose his sight. She also appeared to confirm that a disagreement over roles may have played a part in the attack on him.

"We never imagined that a war for roles — not for real estate or for oil — could reach this level of crime," Novikova said on Channel One.

Several stars at the Bolshoi including Nikolai Tsiskaridze, one of its most celebrated dancers, have complained about what they call Filin's unfair treatment of dancers at the theater.

Alexei Ratmansky, who was Bolshoi ballet's artistic director from 2004 until 2008, described an atmosphere of intrigue at the theater.

"What happened with Sergei Filin was not accidental," Ratmansky, now an artist-in-residence at the American Ballet Theater, posted on his Facebook page. "The Bolshoi has many ills. It's a disgusting cesspool, of those developing friendships with the artists, the speculators and scalpers, the half-crazy fans, ready to bite the throats of the rivals of their favorites, the cynical hackers, the lies in the press and the scandalous interviews of staff.

"This is all one snowball caused by the lack of any ethics at the theater."

Filin is the sixth artistic director at the Bolshoi since Yuri Grigorovich, who led the dance company for three decades, resigned in 1995 after losing a protracted dispute with theater management. Successive artistic directors, however, were unable to overcome resistance from dancers and teachers still loyal to Grigorovich as they tried to inject new life into the company.

Filin, a Bolshoi veteran who had brought modern ballets to Stanislavsky, was seen as capable of bridging that gap.

Dancers Zakharova and Yan Godovsky played down talk of tension at the company, saying there were disagreements but not "on this scale."

Filin will be flown to Brussels later Friday to be treated at a military hospital that specializes in burns, Bolshoi spokeswoman Novikova said.