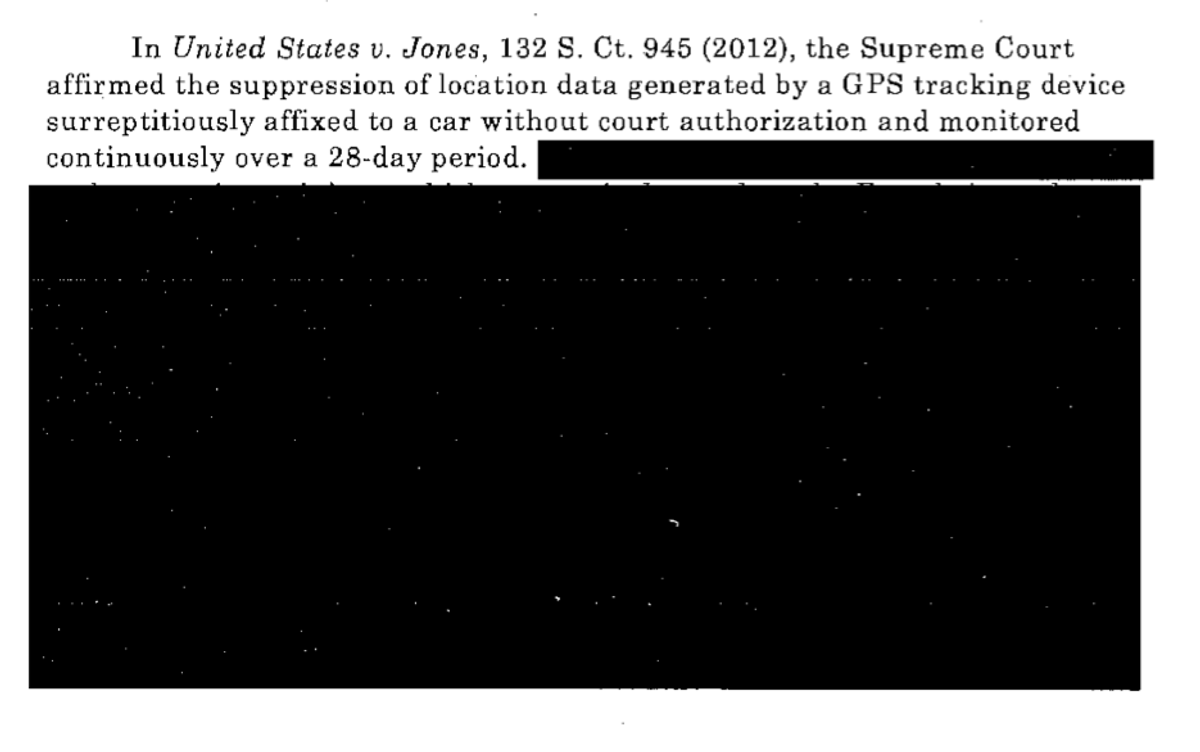 Last year, following the Supreme Court ruling that law enforcement does not have the authority to put a warrantless GPS tracker on a suspect’s car, the ACLU compelled the FBI to detail other ways in which they were tracking individuals.

The ACLU sought the release of two memos via FOIA, one addressing how the FBI planned to track down GPS systems already placed on cars without violating the Supreme Court's ruling, and another memo which detailed other tracking methods used exempt from the GPS decision.

The Justice Deparment provided both memos, both redacted [see pdf] to the point that the documents contain little more than black boxes. As one commenter on technologist site ArsTechnica noted, "the FBI could have just photocopied 50 or so pages of someone's middle finger. It would convey more useful information than what they actually provided."

The ACLU registered their dissatisfaction last week: "The Justice Department’s unfortunate decision leaves Americans with no clear understanding of when we will be subjected to tracking—possibly for months at a time—or whether the government will first get a warrant,” wrote Catherine Crump, an ACLU staff attorney.