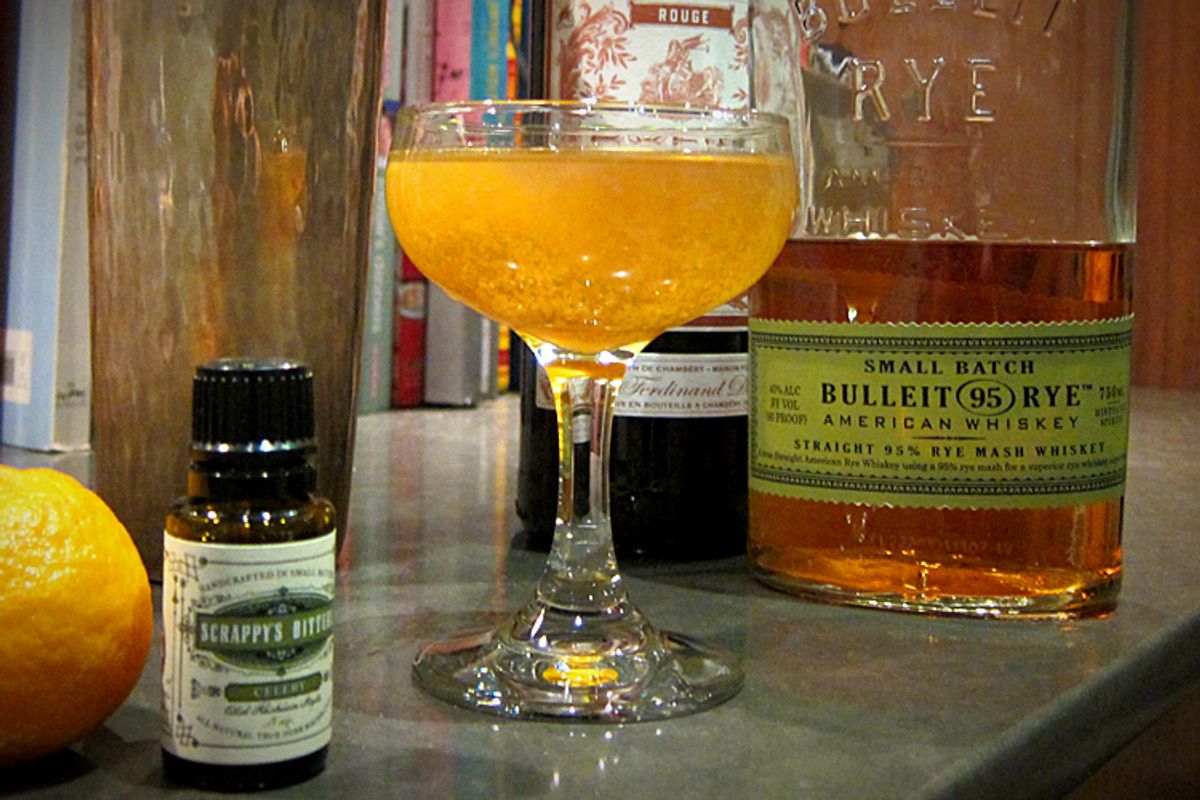 Tune in later this week for a full interview with Rosie Schaap to discuss her excellent, page-turning memoir, "Drinking With Men."

Rosie Schaap, the drinks columnist for the New York Times Magazine, spoke with us about her new memoir, "Drinking With Men," which comes out from Riverhead Books on Thursday. As a bonus, Schaap has created this special cocktail for Salon, to toast the inauguration of President Barack Obama's second term.

So today we'll be raising a coupe full to the president and to Vice-President Joe Biden. And to Rosie on her publication (thanks for the drink!). And to you, our readers!

The juice of one half of a small Mandarin orange

Shake all ingredients with ice and strain into a chilled coupe. Garnish with a thick strip of Mandarin peel, from which the pith has been removed.