And you thought all New York real estate was tiny 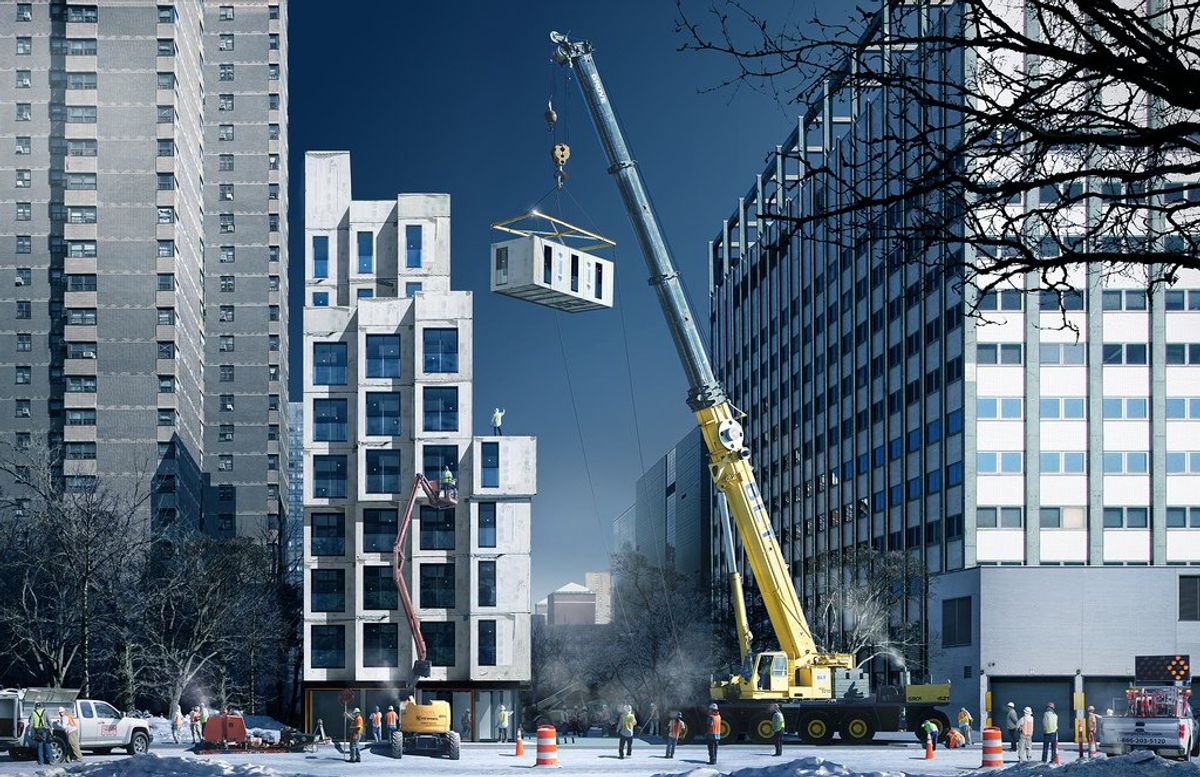 Last summer, Mayor Michael Bloomberg unveiled a plan to build the city's first "microapartment" building: 55 rental units, all ranging between 250- to 370-square-feet, a size that was, until recently, illegal under current building code. Bloomberg held an open call for proposals for the fun-sized dwellings, and announced the winning design Tuesday morning.

A project called My Micro NY from a design team comprised of Monadnock Development, Actors Fund Housing Development Corp. and nArchitects beat out 33 other proposals to win the competition.

Construction at 335 East 27th Street will start by the end of this year, with move-ins slated for September 2015. In addition to being downright tiny, the building will be the first multi-family building in Manhattan to use prefab construction. The shipping container-esque prefab modules, which will be manufactured by Capsys at its Brooklyn Navy Yard factory, will snap together to form the building.

A series of moving walls and collapsable furniture will help make the tiny units multipurpose, with designers envisioning a different apartment configuration for morning, afternoon, evening and night.

"This is an opportunity to use design to provide more housing options for New Yorkers," said Planning commissioner Amanda Burden. "The statistics show we don't have enough housing for the people who want to live in this city, and designers can help us figure out the best ways to address these problems."

Bloomberg and city developers argue that in a real estate market where about one-third of renters spend more than half of their income on rent, the new micro-units could make housing more affordable. But only a small portion of the units will be priced for low-income residents, with the rest costing nearly $2,000 a pop. And so the question becomes: affordable for whom?

As a recent trend piece from the New York Times declaring $250,000 a "middle class" income in New York shows, the concept of affordability in this city is fraught, indeed. And according to the city comptroller's office, 81.2 percent of the city's singles -- also the building's intended inhabitants -- made under $75,000 in 2009, with the largest group — 36.6 percent – earning under $20,000, which doesn't exactly put a $1,800 micro-unit within reach.

“It doesn’t really fit the need for families and for growing a family or staying long term in the city,” Matthew Dunbar, the advocacy and community relations manager for HabitatNYC, the local branch of Habitat for Humanity, told the Gotham Gazette. “Anybody who wants to expand their families would not be able to use a micro unit to be able to do that.”