"The Following" is pure sadism — and it's on network TV 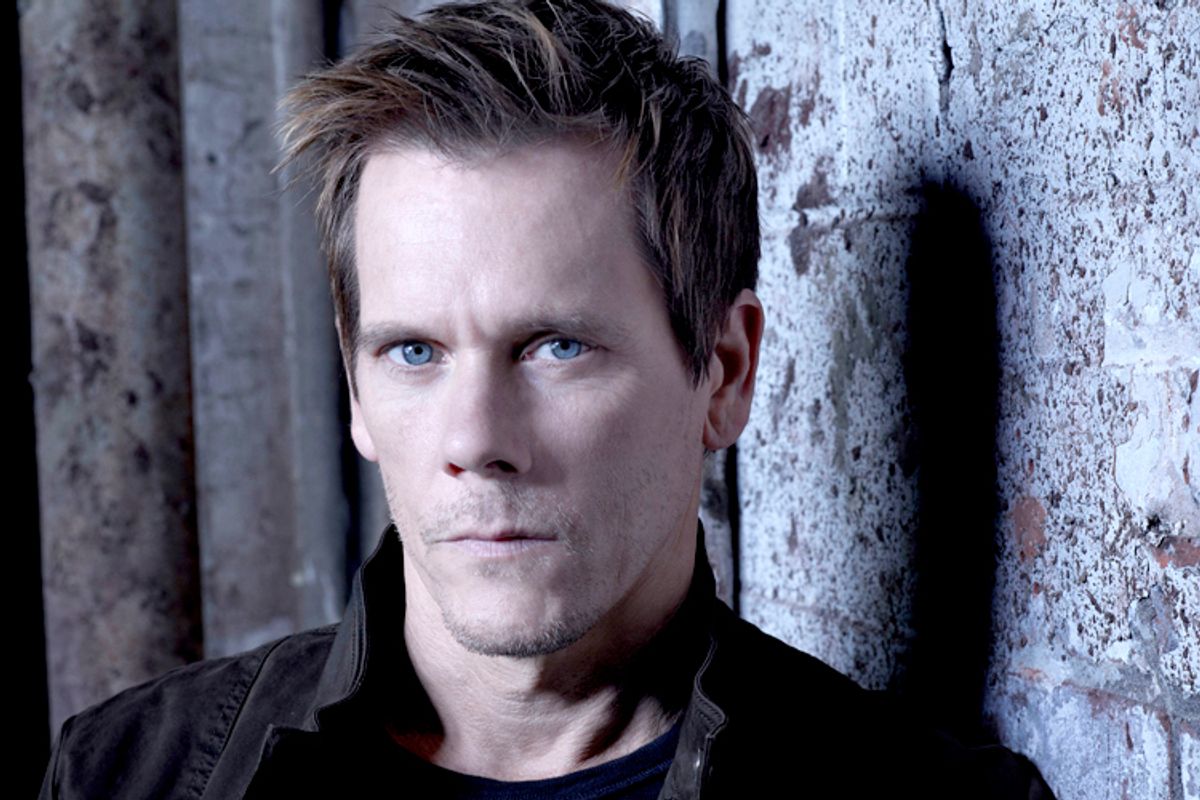 Fox’s “The Following” is network TV's rejoinder to all the blood and guts on cable: It is well made, gruesome and morally suspect. Charming sociopathic college professor-turned-serial killer Joe Carroll (James Purefoy) breaks out of prison (half a dozen dead guards, covered in blood) to slaughter the one victim who got away on his previous murder spree (he stabbed and slashed 14 other female college students, cutting their eyes out before he was caught). Surprisingly, at the end of last night’s episode, to show the audience what type of show this is — one that is "not messing around" — Carroll successfully kills the survivor (she gets strung up, has her eyes plucked out). He gets caught and sent back to prison, but the FBI, and especially the troubled former agent and alcoholic who caught him last time, Ryan Hardy  (Kevin Bacon, not at all a Hardy Boy), realizes that Joe is no longer working alone. While in prison he’s hit the Internet, using the teachings of Edgar Allan Poe to spawn a cult of copycat serial killers who will do anything for him (a woman takes off her clothes in a bank, and unassisted, puts an ice pick through her eye; another disciple practices his murder skills on dozens of puppies; another kidnaps Carroll’s son), who have been in deep cover as normal people for years, biding their time, waiting to be unleashed upon the world.

"The Following" premiered last night on Fox, but I watched the first four episodes about a week after Sandy Hook, and it messed me up. I felt something, nausea, which I guess means in its shallow way the show was a certain kind of effective— I was an easy mark. I kept imagining the writer’s room (overseen by “Scream” and “Dawson’s Creek” maestro Kevin Williamson) trying to come up with horrifying, disgusting ways to kill fictional people that the audience hadn’t seen before and thinking that real life kept making their job harder and harder. They succeeded anyway. Congratulations on the accomplishment?

“The Following’s” not campy like “American Horror Story" or obviously fantastical like the zombie-ridden “The Walking Dead,” and the deaths aren’t a part of a well-oiled justice machine as they are in procedurals. It’s "serious," which is supposed to justify the brutality: The violence is allegedly in the service of this hard-bitten, engrossing story. But the bloody, carved-up tail is wagging the dog. “The Following” pretends to be horrified by Carroll and his carnage, but his ultra-violence and the eerie mood it creates are the reasons to watch.

Gruesomeness is what sets “The Following” apart from other violent series, not the intricacy of the plot — in which a deranged murderer is the consummate, impeccable puppet-master, and by Episode 4, the FBI’s failure to comprehend that no one can be trusted and also to check the rafters gets downright idiotic — or its fear-mongering about our atomized Internet culture, or the caliber of its performances, perfectly good as they are. Hardy is a wreck who’s there to provide cover: If we hope he’ll solve the case someday, is it OK that we’re oohing and ahhing that they really showed those eyeball sockets?

At the end of the second episode (and the same scene is repeated at the beginning of the third, should you miss it), a man stands on line to buy a coffee at a food truck. Another man in a creepy Edgar Allan Poe mask comes up behind, tosses some powder on him, and lights him afire. He burns to death running down the street. Make no mistake: On "The Following," that's entertainment.