So what if abortion ends life?

I believe that life starts at conception. And it's never stopped me from being pro-choice 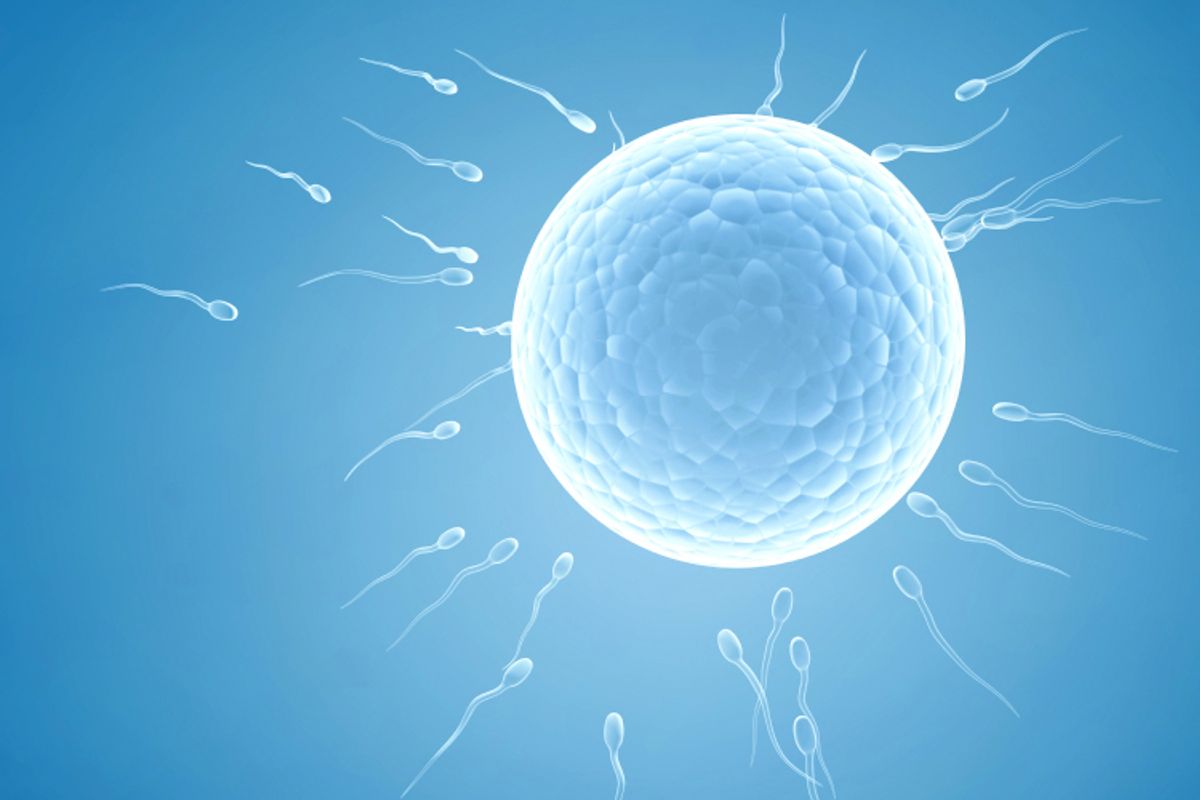 Of all the diabolically clever moves the anti-choice lobby has ever pulled, surely one of the greatest has been its consistent co-opting of the word "life." Life! Who wants to argue with that? Who wants be on the side of ... not-life? That's why the language of those who support abortion has for so long been carefully couched in other terms. While opponents of abortion eagerly describe themselves as "pro-life," the rest of us have had to scramble around with not nearly as big-ticket words like "choice" and "reproductive freedom." The "life" conversation is often too thorny to even broach. Yet I know that throughout my own pregnancies, I never wavered for a moment in the belief that I was carrying a human life inside of me. I believe that's what a fetus is: a human life. And that doesn't make me one iota less solidly pro-choice.

As Roe v. Wade enters its fifth decade, we find ourselves at one of the most schizo moments in our national relationship with reproductive choice. In the past year we've endured the highest number of abortion restrictions ever. Yet support for abortion rights is at an all-time high, with seven in 10 Americans in favor of letting Roe v. Wade stand, allowing for reproductive choice in all or "most" cases. That's a stunning 10 percent increase from just a decade ago. And in the midst of this unique moment, Planned Parenthood has taken the bold step of reframing the vernacular – moving away from the easy and easily divisive words "life" and "choice." Instead, as a new promotional film acknowledges, "It's not a black and white issue."

It's a move whose time is long overdue. It's important, because when we don't look at the complexities of reproduction, we give far too much semantic power to those who'd try to control it. And we play into the sneaky, dirty tricks of the anti-choice lobby when we on the pro-choice side squirm so uncomfortably at the ways in which they've repeatedly appropriated the concept of "life."

Here's the complicated reality in which we live: All life is not equal. That's a difficult thing for liberals like me to talk about, lest we wind up looking like death-panel-loving, kill-your-grandma-and-your-precious-baby storm troopers. Yet a fetus can be a human life without having the same rights as the woman in whose body it resides. She's the boss. Her life and what is right for her circumstances and her health should automatically trump the rights of the non-autonomous entity inside of her. Always.

When we on the pro-choice side get cagey around the life question, it makes us illogically contradictory. I have friends who have referred to their abortions in terms of "scraping out a bunch of cells" and then a few years later were exultant over the pregnancies that they unhesitatingly described in terms of "the baby" and "this kid." I know women who have been relieved at their abortions and grieved over their miscarriages. Why can't we agree that how they felt about their pregnancies was vastly different, but that it's pretty silly to pretend that what was growing inside of them wasn't the same? Fetuses aren't selective like that. They don't qualify as human life only if they're intended to be born.

When we try to act like a pregnancy doesn’t involve human life, we wind up drawing stupid semantic lines in the sand: first trimester abortion vs. second trimester vs. late term, dancing around the issue trying to decide if there's a single magic moment when a fetus becomes a person. Are you human only when you're born? Only when you're viable outside of the womb? Are you less of a human life when you look like a tadpole than when you can suck on your thumb?

We're so intimidated by the wingnuts, we get spooked out of having these conversations. We let the archconservatives browbeat us with the concept of "life," using their scare tactics on women and pushing for indefensible violations like forced ultrasounds. Why? Because when they wave the not-even-accurate notion that "abortion stops a beating heart" they think they're going to trick us into some damning admission. They believe that if we call a fetus a life they can go down the road of making abortion murder. And I think that's what concerns the hell out of those of us who support unrestricted reproductive freedom.

But we make choices about life all the time in our country. We make them about men and women in other nations. We make them about prisoners in our penal system. We make them about patients with terminal illnesses and accident victims. We still have passionate debates about the justifications of our actions as a society, but we don't have to do it while being bullied around by the vague idea that if you say we're talking about human life, then the jig is up, rights-wise.

It seems absurd to suggest that the only thing that makes us fully human is the short ride out of some lady's vagina. That distinction may apply neatly legally, but philosophically, surely we can do better. Instead, we let right-wingers perpetuate the sentimental fiction that no one with a heart — and certainly no one who's experienced the wondrous miracle of family life — can possibly resist tiny fingers and tiny toes growing inside a woman's body. We give a platform to the notion that, as Christina Locke opined in a recent New York Times Op-Ed, "motherhood had slyly changed us. We went from basking in the rights that feminism had afforded us to silently pledging never to exercise them. Nice mommies don't talk about abortion."

Don't they? The majority of women who have abortions – and one in three American women will – are already mothers. And I can say anecdotally that I'm a mom who loved the lives she incubated from the moment she peed on those sticks, and is also now well over 40 and in an experimental drug trial. If by some random fluke I learned today I was pregnant, you bet your ass I'd have an abortion. I'd have the World's Greatest Abortion.

My belief that life begins at conception is mine to cling to. And if you believe that it begins at birth, or somewhere around the second trimester, or when the kid finally goes to college, that's a conversation we can have, one that I hope would be respectful and empathetic and fearless. We can't have it if those of us who believe that human life exists in utero are afraid we're somehow going to flub it for the cause. In an Op-Ed on "Why I'm Pro-Choice" in the Michigan Daily this week, Emma Maniere stated, quite perfectly, that "Some argue that abortion takes lives, but I know that abortion saves lives, too." She understands that it saves lives not just in the most medically literal way, but in the roads that women who have choice then get to go down, in the possibilities for them and for their families. And I would put the life of a mother over the life of a fetus every single time -- even if I still need to acknowledge my conviction that the fetus is indeed a life. A life worth sacrificing.