State Rep. Cathrynn Brown would charge a rape victim who ended her pregnancy with a third-degree felony 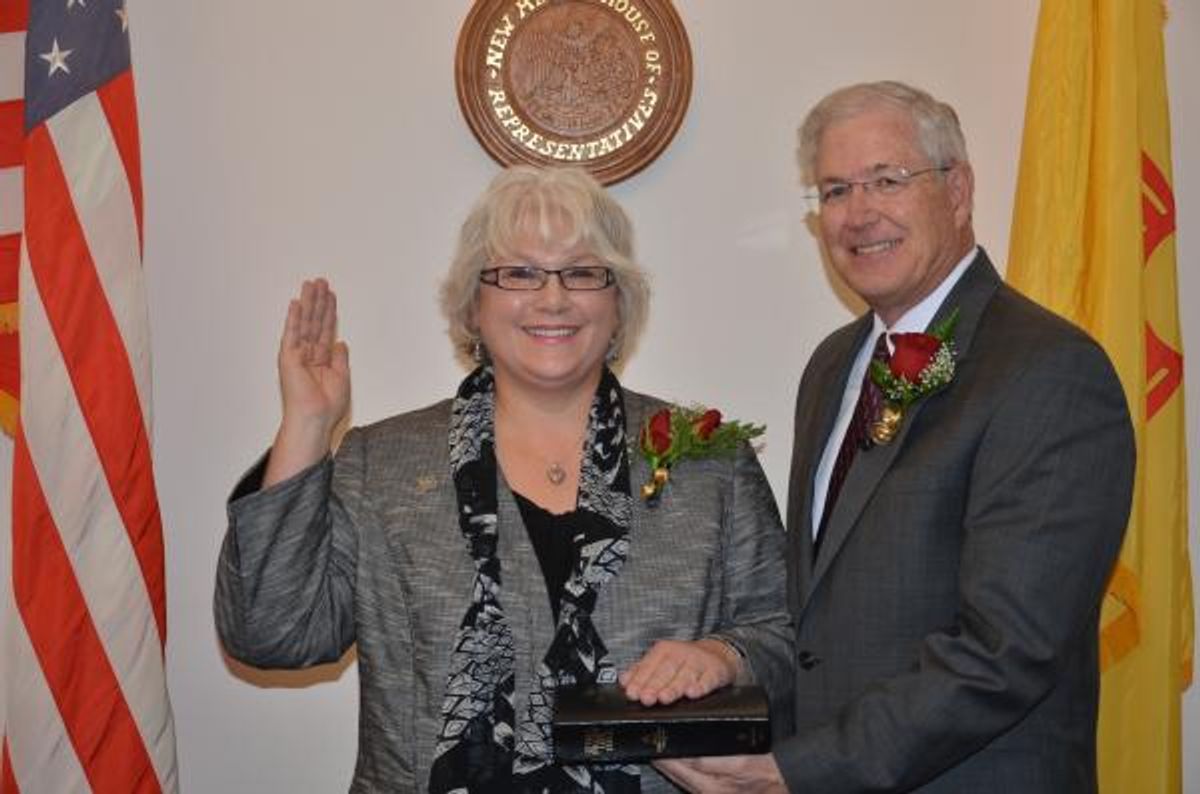 A Republican state legislator wants rape victims to carry their pregnancies to term, claiming the fetus could be used as "evidence" at trial.

Rep. Cathrynn Brown introduced House Bill 206 on Wednesday, which would make terminating a pregnancy caused by incest or rape a third-degree felony for "tampering with evidence," which could carry three years in prison.

“Tampering with evidence shall include procuring or facilitating an abortion, or compelling or coercing another to obtain an abortion, of a fetus that is the result of criminal sexual penetration or incest with the intent to destroy evidence of the crime," the bill says.

The bill is unlikely to pass the Democrat-controlled state legislature, but it has generated a considerable amount of outraged among reproductive health advocates.

Pat Davis of ProgressNow New Mexico, a progressive nonprofit opposing the bill, called it "blatantly unconstitutional." “The bill turns victims of rape and incest into felons and forces them to become incubators of evidence for the state,” he told the Huffington Post. “According to Republican philosophy, victims who are ‘legitimately raped’ will now have to carry the fetus to term in order to prove their case.“

This isn't the first time states have used "creative" means to criminalize abortion. In specific cases, pregnant women who miscarry can face criminal charges in Mississippi and Alabama.

While Rep. Brown's website has lots to say about her "favorite part" of every legislative session (the prayer) and her grapefruit-decorated Christmas tree, it is noticeably silent on the the bill she sponsored.

She might want to update that soon, as I'm sure people have plenty of questions for her right now.