Is Werner Herzog a libertarian?

The eccentric German’s newest documentary is a paean to life beyond taxes, cops and laws – with cute puppies 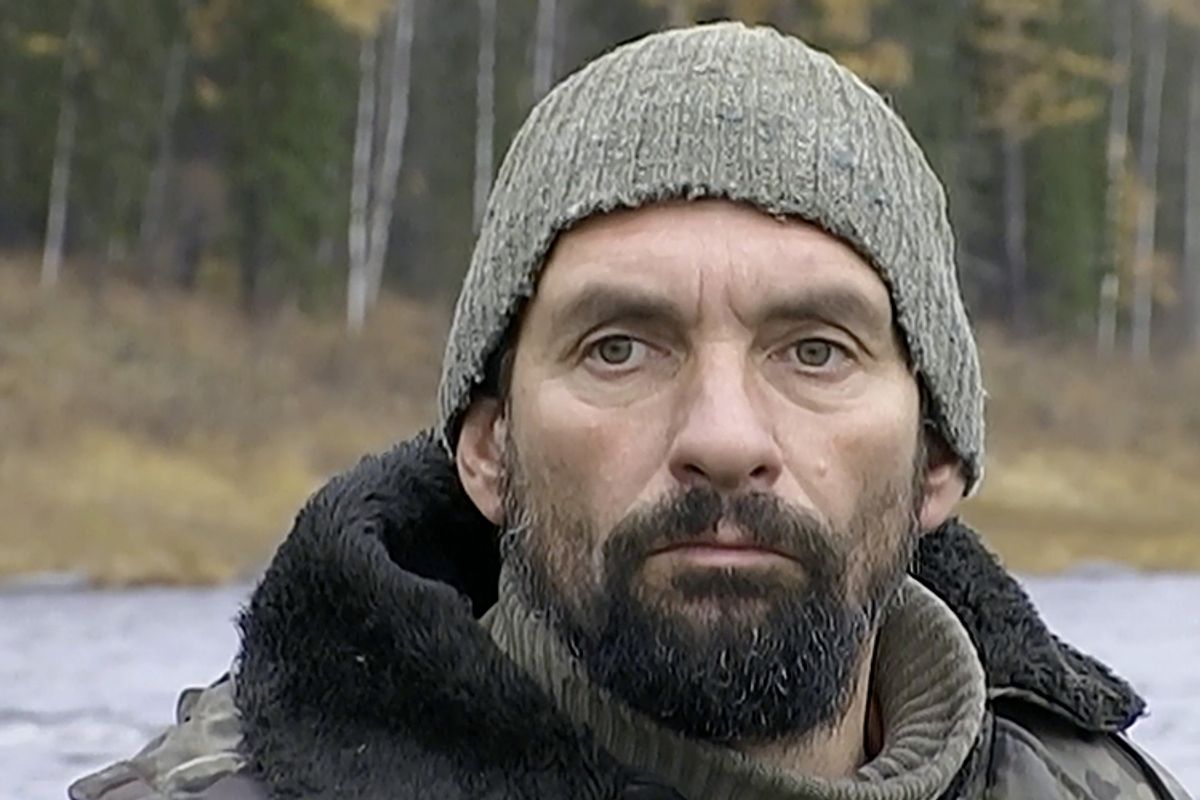 Even by the standards of Werner Herzog’s peculiar and peripatetic career — which stretches from the adventurous works of New German Cinema in the 1970s through a remarkable series of documentaries to acting roles in “The Simpsons” and “Jack Reacher” — “Happy People: A Year in the Taiga” is an odd production. For one thing, Herzog didn’t “make” the film, in the normal sense of that word, although what you’ll see on the screen is very much infused with his sensibility. A contradiction? You bet.

None of the remarkable footage of an isolated Siberian village or the hunters who make their living in the almost impenetrable wilderness that surrounds it was actually shot or directed by Herzog, who has likely never been within several thousand miles of the place. Through a friend in Los Angeles, he came upon four hour-long movies about a group of men who keep the Siberian traditions of hunting and trapping alive in one of the remotest regions of the planet, almost completely cut off from modern society and technology. He contacted Dmitry Vasyukov, the Russian filmmaker who had indeed spent a year in the Taiga – the dense and literally trackless forest of the Siberian interior – and convinced him to allow Herzog to construct a 90-minute “international version,” with a new musical score and English voiceover narration in Herzog’s inimitable Teutonic-philosopher mode.

There’s no doubt that the resulting film is both beautiful and fascinating, and offers a thrilling travelogue through a spectacular landscape few of us will ever see first-hand. Given our culture’s current obsession with resuscitating traditional crafts and other markers of “authenticity,” even in the midst of technological revolution, I can imagine viewers being fascinated by watching grizzled trapper Gennady Soloviev carve, temper and finish his own pair of skis from timber he felled himself. We also see Nikolay Siniaev, one of the last remaining traditional craftsmen of Siberia’s aboriginal Ket people, hew a traditional dugout canoe from a birch tree (in strikingly similar fashion to the way his distant relatives among North America’s Indians would do it).

Soloviev, a bearded fellow of indeterminable age who's worthy of a supporting role in a Tolstoy novel, is a classic Herzog eccentric, delivering soliloquies on the abstruse moral code of the Taiga and the proper relationship between a hunter and his dog (which should be sternly trained but rewarded with love and affection, and never allowed to sleep in the hut, even on the coldest nights). Indeed, there is ample cute-puppy footage in “Happy People,” with eager, fuzzy bundles of Husky-mix energy tumbling into and out of canoes, hopelessly pursuing reindeer many times their size, or running tirelessly, mile after mile, alongside their master's snowmobile on the frozen surface of the Yenisei River. (While much of the trapper's craft is indeed hundreds or thousands of years old, they seem grateful for snowmobiles, chainsaws and high-powered hunting rifles.)

Vasyukov’s original films seem to be about capturing a traditional way of life – which he calls “beautiful, severe and unselfish” -- as it passes away under the inevitable pressure of modernity. He seems to view the lifestyle of the Taiga with a classically Russian mixture of sentimentality and fatalism, as a kind of spiritual lesson that can help redeem the corrupted national soul. Herzog’s new version has a different focus, and he appears obsessed with the notion that Soloviev and his fellow trappers live in an anarcho-libertarian state of “complete and utter freedom,” untouched by government, taxes, police or any other social constraints. I have no reason to believe that’s true, and I suspect it has more to do with Herzog’s own spiritual or political yearnings for an untrammeled new Eden than with Siberian reality.

Yes, the trappers spend much of the winter sable-trapping season living in homemade deep in the forest, with bear and moose as their principal neighbors. But they also have wives and families back in the village of Bakhta, which may be a tiny and woebegone place but is easily found on a map and can be reached by boat or helicopter for much of the year. (You can go there on a summertime tourist cruise, if you really want to.) And the reason they trap sables, after all, is because the richly furred pelts of those little forest weasels are valuable commodities that can earn them a living.

Indeed, the film actually shows a low-level politician arriving to troll for votes, and informs us that the trappers were originally granted their hunting rights and territories by the Soviet government. Does Herzog expect us to believe that the current Russian regime has forgotten to collect taxes in Bakhta, or that the cops won’t show up (however begrudgingly and incompetently) if someone commits a serious crime? Even the title of Herzog’s film, which was his addition, carries a note of Arcadian fantasy, or at least of hopeful interpretation. Are Soloviev and his fellow Siberian trappers “happy people” in ways the rest of us are not, because they are impressively self-reliant and have inherited ancestral crafts – and a subsistence relationship with the natural world – that the rest of humanity has forgotten or abandoned? I don't say they're not, but I have no idea. (It's my impression that happiness is a complicated phenomenon, and I think Tolstoy would agree.) We should be grateful to Herzog for bringing us this remarkable footage, but the real subject of "Happy People" may be his yearning for an imaginary paradise he can’t have.

"Happy People: A Year in the Taiga" is now playing at the IFC Center in New York. It opens Feb. 15 in Atlanta, Boston, Los Angeles, Minneapolis, Philadelphia and Seattle; Feb. 22 in Chicago, Denver, Pittsburgh, San Diego, San Francisco, Washington and Portland, Maine; and March 1 in Gainesville, Fla., Phoenix, Santa Fe, N.M., and Austin, Texas, with other cities and home video to follow.