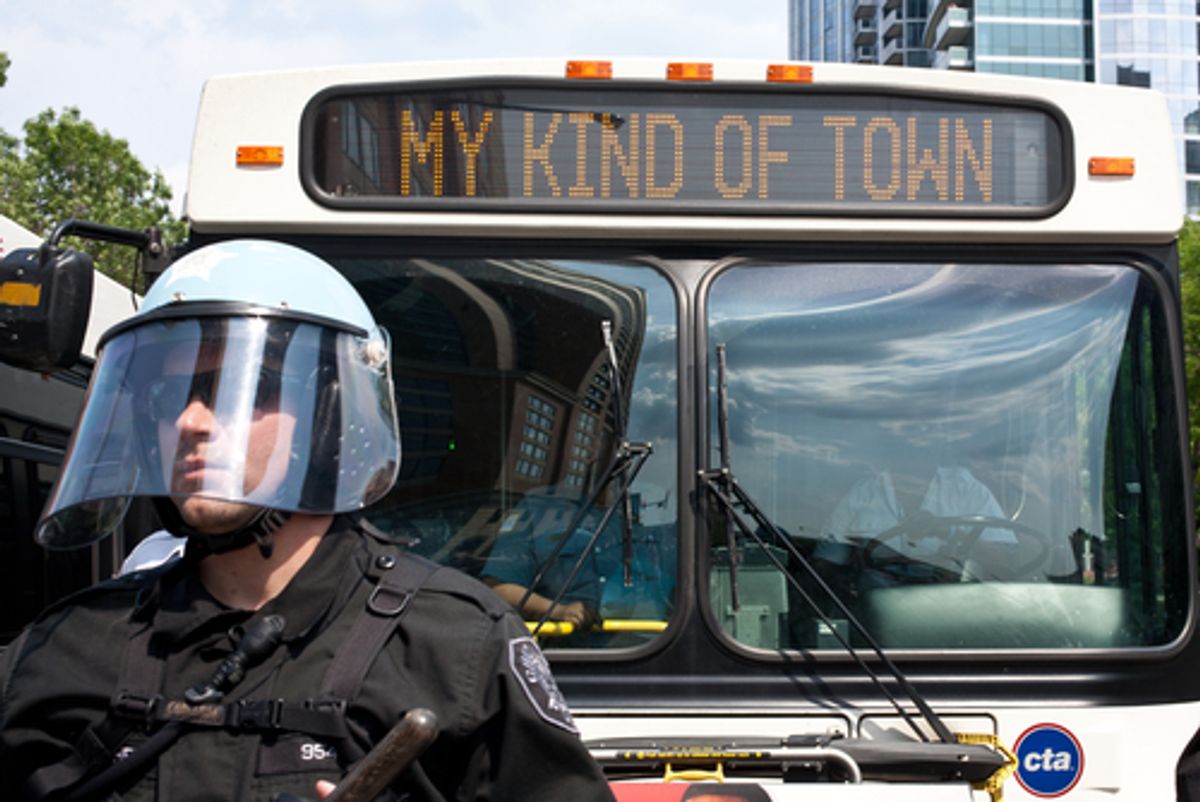 The "Nato 3," three young men arrested in Chicago ahead of the 2012 NATO summit, are asking an Illinois judge to drop their terror charges. The three activists, who have been held without bail since last May, face charges under a never-before-used Illinois anti-terrorism statute put in place after 9/11.

According to CBS local news, the defendants' lawyer, Michael Deutsch of the National Lawyers Guild, filed a motion to have the charges dismissed. He said that state law ought to be thrown out, arguing that the statute is ill-defined and open to politically motivated prosecutions:

Deutsch asserts that the case facing the three men goes "beyond entrapment" and that his clients had "no intention" to engage in activity that might "even approach" committing terrorism or material support for it, as they are charged.

Two other individuals were also arrested and charged with planning to make explosives to use at the summit. The two reportedly said in front of police informants that they possessed explosives that they intended to detonate, but no such devices were recovered when one of the arrestee’s homes was searched, and the police did not perform a search on the home of the other. One of these men Sebastian “Sabi” Senakiewicz, 24, pleaded guilty to one felony count of falsely making a terrorist threat and a four-year prison sentence.

The AP noted that prosecutors have 21 days to respond to the Deutsch's motion over the terror charges facing the Nato 3. "The next hearing in the case is scheduled for late February and the trial is slated to start in September."

Correction: An earlier version of this article cited a local news source in asserting that Michael Deutsch had said that the three defendants had Molotov cocktails. Deutsch was misquoted in this instance.