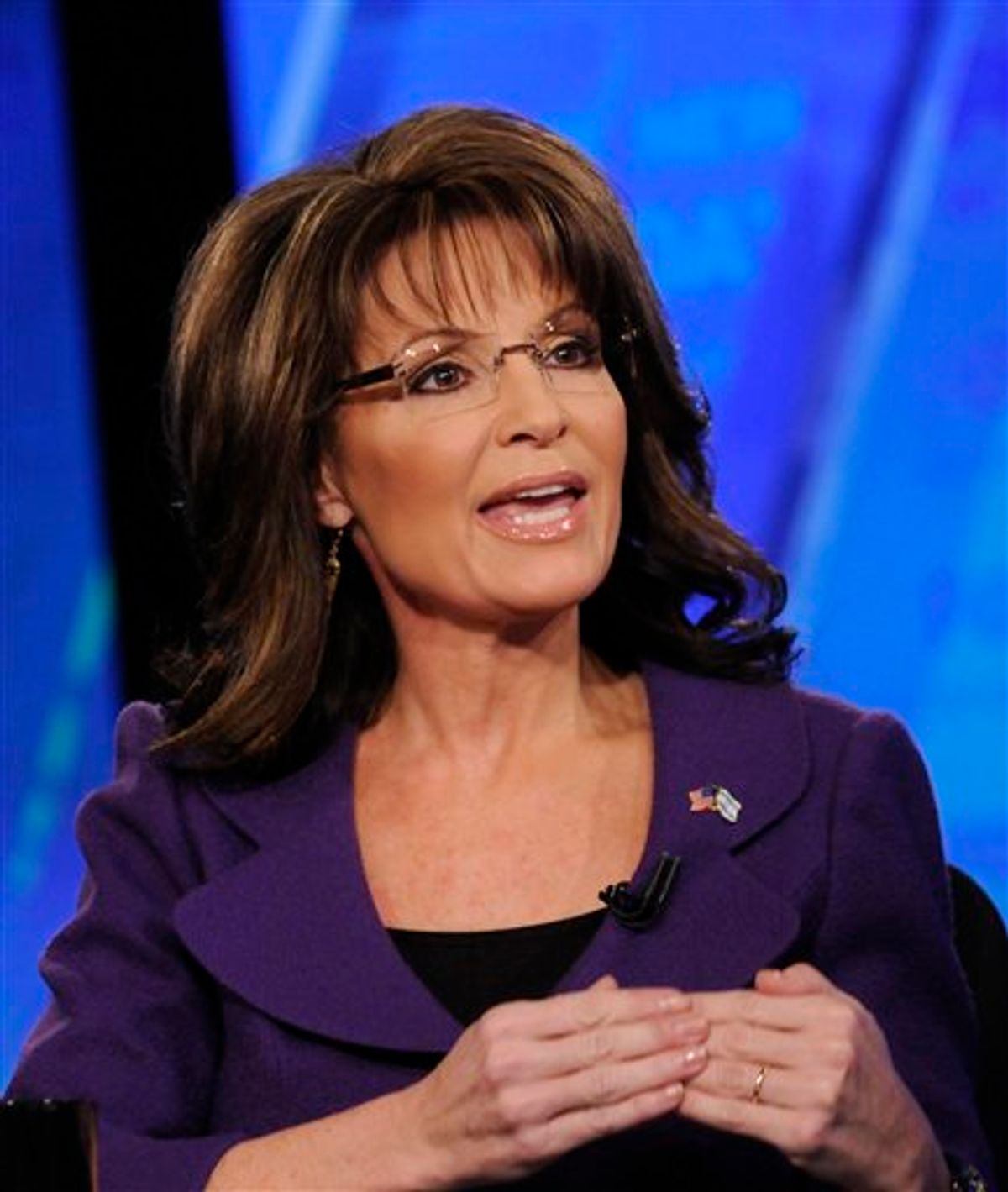 Is our long national nightmare finally over?

Sarah Palin held the world rapt as a vice presidential candidate. After she lost she was still a state governor with millions of adoring fans. When she quit there were books and reality tv shows and she could keep the press titillated with threats of a presidential run. Then there were her infallibly gracious television appearances.

Now that Fox News has cut off the conservative semi-celebrity, those appearances won't be nearly as frequent. Palin will have to gulp the media oxygen wherever she can find it. The day after Fox let her go, Palin gave an interview to Stephen K. Bannon, the filmmaker who directed the worshipful Palin biography "The Undefeated." It's posted at Breitbart.com. What does she tell the wildly conservative site? "We can't just preach to the choir; the message of liberty and true hope must be understood by a larger audience."

The very next paragraph is a full-on howl in defense of preaching to the choir:

Focus on the 2014 election is also imperative. It’s going to be like 2010, but this time around we need to shake up the GOP machine that tries to orchestrate away too much of the will of constitutional conservatives who don’t give a hoot how they do it in DC. DC is out of touch, obviously. Voices on the right like Mark Levin, Rush, and the writers here at Breitbart have come out strongly against the “go along to get along” politicians who wave the white flag before the battle even begins. We’re not going to be able to advance the cause of limited constitutional government unless we deal with these big government enablers on our side. And this all ties into the problem of crony capitalism and the permanent political class in the Beltway. We need to consistently take them on election after election – ever vigilant.

Come on, you know you'll miss her a little bit.