Should we medicate parents to prevent divorce? 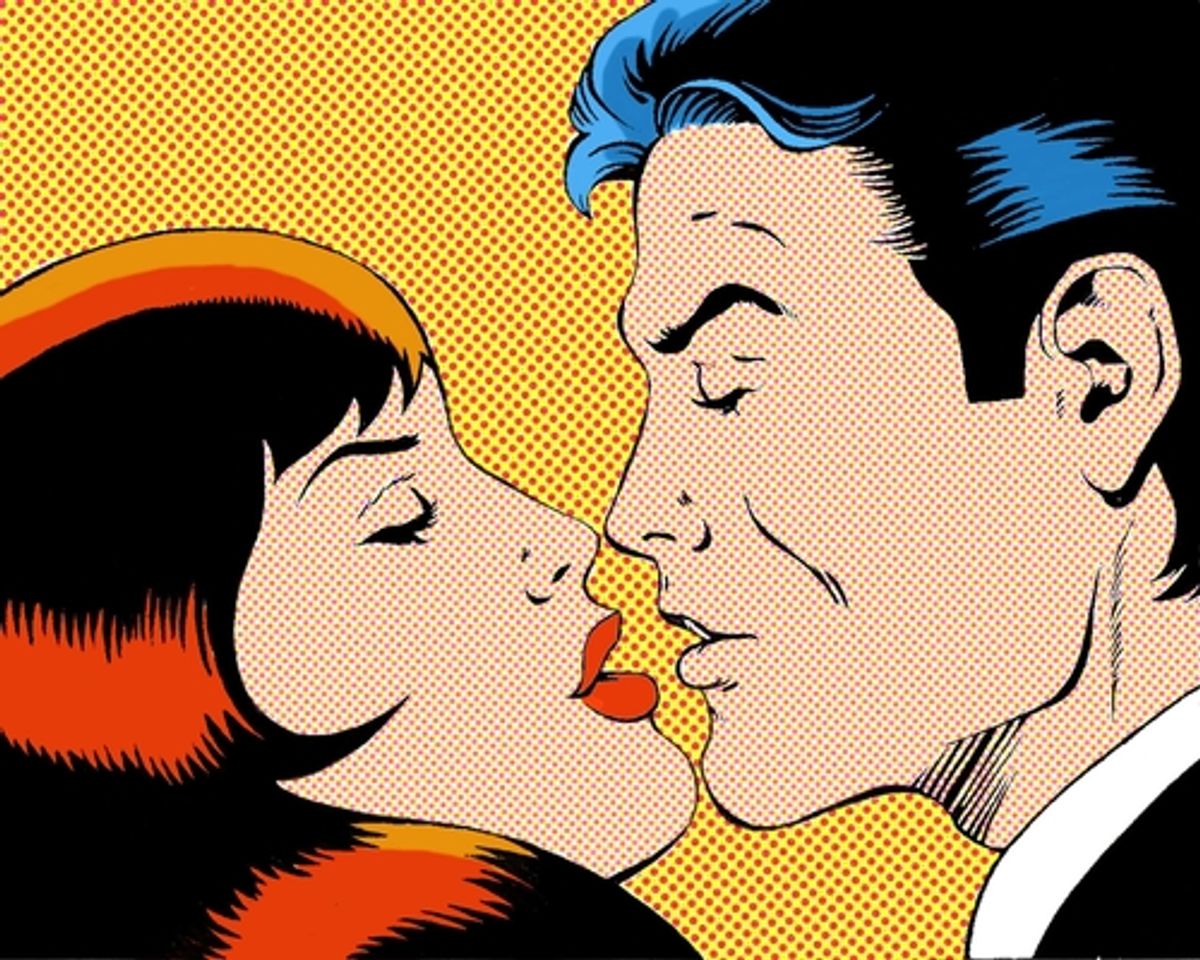 This post has been corrected since it was originally published.

The divorce rate is high. Internet dating has killed romance. And we are all going to die alone.

But it might not have to be that way, says Oxford ethicist Brian Earp and colleagues Anders Sandberg and Julian Savulescu. Not if couples start taking trust-enhancing drugs like ecstasy, that is. While Earp does not advocate taking illegal drugs, his research poses a provocative question: In a tightly controlled research setting, could drugs like MDMA be the answer to a commitment-averse culture? As Earp tells Ross Andersen at the Atlantic:

If you look at this in the context of evolutionary biology, you realize that in order to maximize the survival of their genes, parents need to have emotional systems that keep them together until their children are sufficiently grown... [but] since we now outlive our ancestors by decades, the evolved pair-bonding instincts upon which modern relationships are built often break down or dissolve long before "death do us part."

We see this in the high divorce rates and long term relationship break up rates in countries where both partners enjoy freedom -- especially economic freedom. We are simply not built to pull off decades-long relationships in the modern world.

If a lasting, drug-induced commitment to a lackluster partner doesn't sound personally appealing, do it for the kids, Earp argues. Despite ample evidence that suggests couples who separate amicably can go on to raise healthy, happy kids in single-parent households, Earp's theory still favors the two-parent model:

Imagine a couple that is thinking about breaking up or getting a divorce, but they have young children who would likely be harmed by their parents' separation. In this situation, there are vulnerable third parties involved, and we have argued that parents have a responsibility -- all else being equal -- to preserve and enhance their relationships for the sake of their children, at least until the children have matured and can take care of themselves...

If love drugs ever become safely and cheaply available; if they could be shown to improve love, commitment, and marital well-being -- and thereby lessen the chance (or the need) for divorce; if other interventions had been tried and failed; and if side-effects or other complications could be minimized, then we think that some couples might have an obligation to give them a try.

And if propping up an otherwise failing relationship through pharmacology in the name of "staying together for the kids" sounds dubious to you, Earp has an answer ready. He is an ethicist, after all. When asked about the ethical implications of taking mood-enhancing drugs to sustain bonded feelings -- and the possibility these drugs could produce a "false" love between parent and child -- Earp says:

As it is the parent taking the drug, voluntarily and under conditions of informed consent, and so long as this drug-based treatment had a reasonable chance of improving her ability to care for her own offspring, there would seem to be little to worry about in terms of ethics. Some people might be concerned that this drug-induced "love" would be inauthentic in some way - but it depends on what you take as your baseline. Perhaps the authentic situation is the one in which feelings of love and contentment occur naturally between the parent and the child, and it is only a disordered biochemical state that brought about the apathy actually felt by the mother...

It's often said that you don't have an obligation to love someone, usually based on the idea that it is impossible to voluntarily control our emotions. But if love drugs make such control more possible, then there might be some loves that should be felt.