The counterterror list of individuals unable to fly to or from the U.S. is growing, but due process sorely lacks 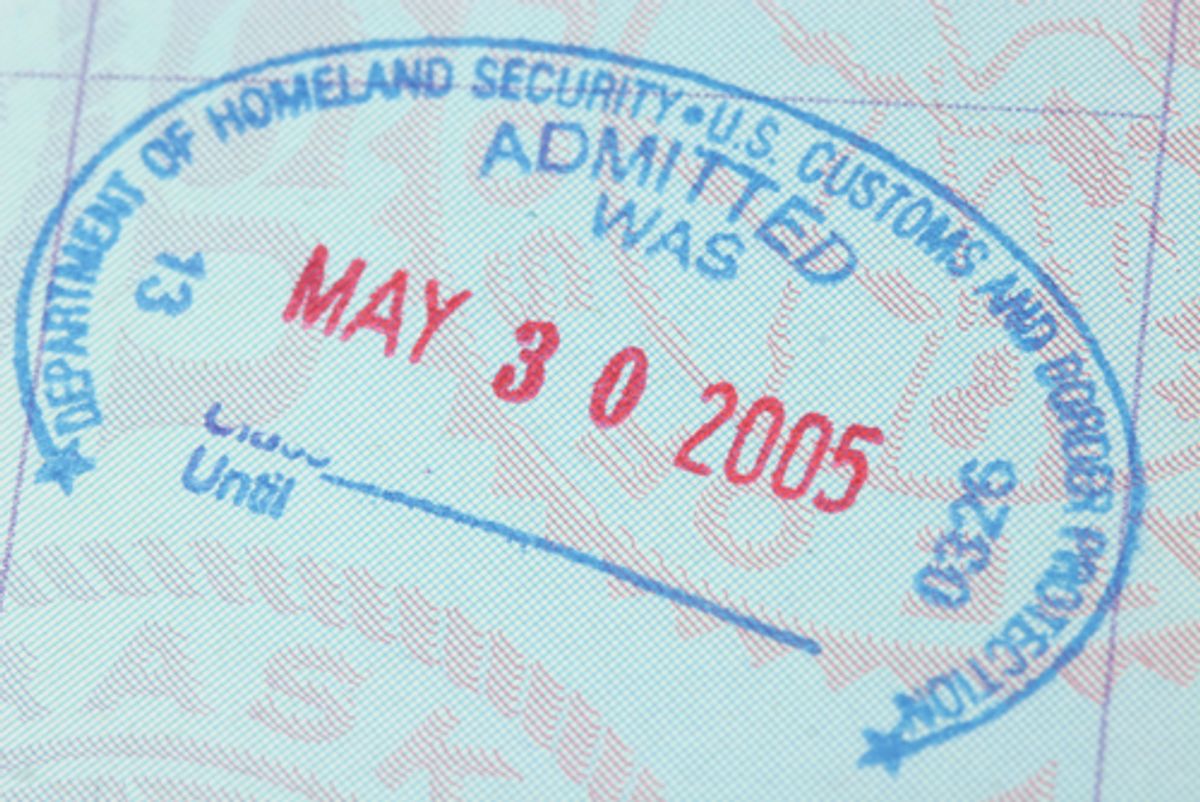 Writing on AlJazeera.com Tuesday, Toronto-based writer and analyst Murtaza Hussain argues that under the Obama administration no-fly lists have become a tool for the authorities to de facto exile individuals from the United States.

The No-Fly List compiles more than 21,000 names (over 500 of American citizens) suspected of involvement with terrorist activity. If your name is on the list you can't fly into or out of the United States. As Hussain notes, echoing concerns expressed this week by the ACLU, "over the past decade there have been countless documented cases of individuals who have suddenly found themselves permanently stranded abroad after being banned from the United States despite holding legal residency and/or citizenship in the country." He writes:

In the past year alone, the number of individuals placed by the Obama administration on the federal No-Fly list has doubled to over 10,000, with at least 500 being holders of American citizenship. A further 400,000 individuals of indeterminate citizenship are on a separate "watchlist" which flags them as being "reasonably suspicious" and potentially subject to exclusion. The names of those on these lists are not disclosed and neither is the reasoning or evidence as to why any particular individual may be flagged. The American Civil Liberties Union has represented many Americans who believe have been on the No-Fly list and have been banned from travelling for work or to visit family for reasons unknown to them.

One example that garnered a reasonable amount of attention last year was that of a 43-year-old American citizen and U.S. Air Force veteran named Saadiq Long. Long was barred from flying from his current home in Qatar to visit his ailing mother in his childhood home state of Oklahoma. "[He] was told by officials from the Department of Homeland Security (DHS) that he had been placed on a No-Fly List which would exclude him from the country of his birth but was refused access to even the most basic details as to the reason for his placement on this list." It was only after significant public outcry that Long was granted permission to fly to his sick mother.

But as Hussain stresses, this case is not unique. "There is a recognized and genuine need to prevent known terrorists and those legitimately suspected of involvement with terrorism from traveling freely to the United States and elsewhere," he notes, adding, "However, in practice it seems as though the ability to place individuals on No-Fly lists and other types of restrictive surveillance has been abused to harass and pressure innocent individuals, with specific emphasis upon Muslims."

Last year, a federal appeals court ruled that a case brought by the ACLU on behalf of 15 U.S. citizens and lawful permanent residents who cannot fly to or from the U.S. or over its airspace because they are on the list could go forward. "To deprive people of their right to travel without any notice or opportunity to object is unfair and unconstitutional. The news that the list is getting bigger only magnifies the problem," commented the civil liberties organization when launching the case.