More than a quarter of the world's governments covertly helped the U.S.'s controversial program 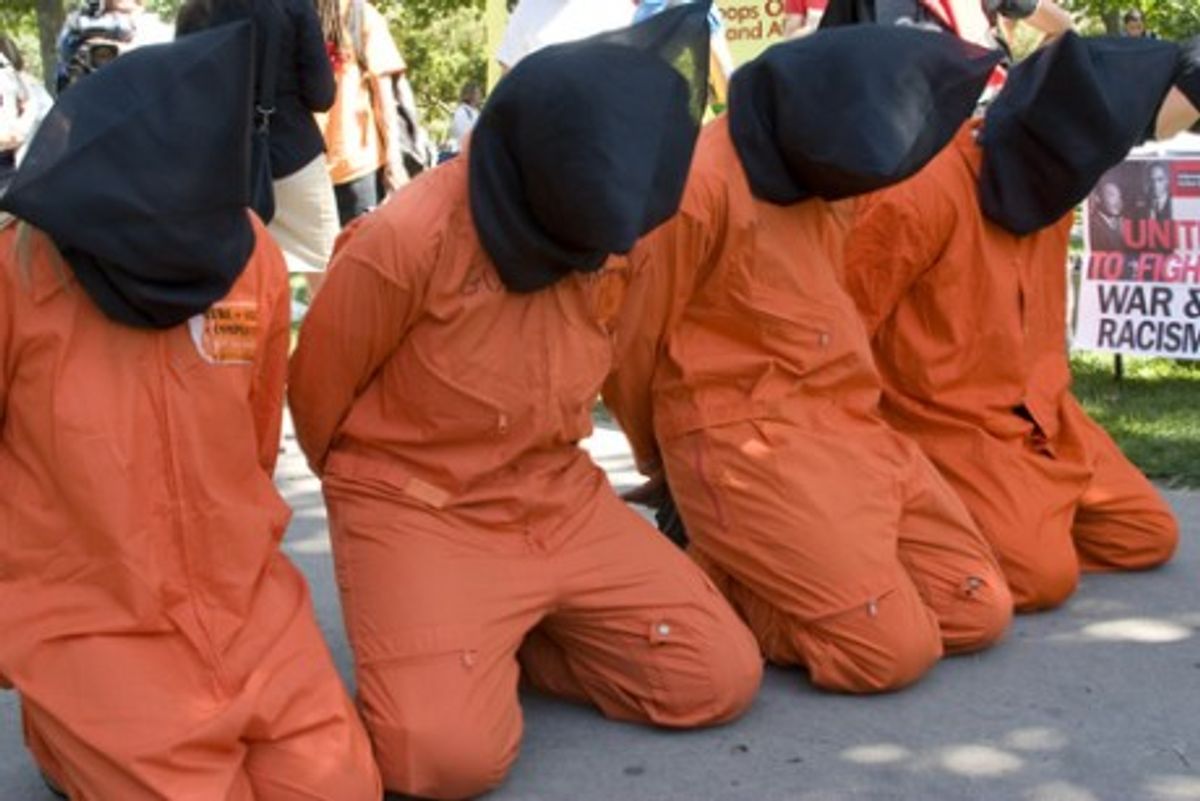 According to a new report from human rights organization the Open Society Justice Initiative, more than a quarter of the world's governments covertly helped the CIA carry out the kidnapping, detention and torture of terror suspects in some of the most chilling episodes of the U.S.'s "war on terror" after 9/11.

The report directs blame at the Bush administration for the rendition program, but stresses that the dozens of other governments covertly supporting the activities must also be held to account:

There is no doubt that high-ranking Bush administration officials bear responsibility for authorizing human rights violations associated with secret detention and extraordinary rendition, and the impunity that they have enjoyed to date remains a matter of significant concern.

But responsibility for these violations does not end with the United States. Secret detention and extraordinary rendition operations, designed to be conducted outside the United States under cover of secrecy, could not have been implemented without the active participation of foreign governments. These governments too must be held accountable.

Syria is noted as among the "most common destinations for rendered suspects," while countries including Pakistan, Afghanistan, Egypt, Jordan and even Iran participated in the program with efforts such as handing over terror suspects to U.S. authorities. Meanwhile European countries including Poland, Lithuania and Romania hosted secret prisons, while many others offered covert support. The Guardian notes that Israel is among countries "conspicuous by their absence from the rendition list."

Last December saw the first case relating to the U.S.’s practice of transferring terror suspects across borders for interrogation reach the European Court of Human Rights. The court ruled that the CIA illegally subjected a German-Lebanese man, Khaled El-Masri, to extraordinary rendition in a secret Afghan prison sinisterly dubbed “the salt pit." The ruling placed blame with both the Macedonian government for the innocent man's kidnapping and the U.S. government for his detention. However, such cases have been summarily thrown out under the now-infamous “state secrets” doctrine, which allowed the government to have cases like El-Masri's dismissed without ever getting to the merits.

The Guardian commented Tuesday that the publication of the OSJI report, titled "Globalizing Torture," "appears to have been timed to coincide with the confirmation hearing on Thursday of John Brennan, Barack Obama's choice to head the CIA. Brennan is widely expected to be questioned about his association with the so-called enhanced interrogation policies adopted by Bush." As noted earlier Tuesday, Brennan's hearing this week also coincides with the leak of a Justice Department memo noting the controversial and vague legal justifications that appear to go behind the Obama administration's targeted killing program -- an issue about which Brennan will also likely be questioned.

As far as the U.S. legacy of extraordinary rendition, the OSJI report calls on all governments to immediately end such programs and secret prisons still in existence. It calls on the U.S. to mount a criminal investigation into human rights abuses and create an independent and nonpartisan commission to investigate and publicly report on the role that officials played in such abuses.

"Despite the efforts of the United States and its partner governments to withhold the truth about past and ongoing abuses, information relating to these abuses will continue to find its way into the public domain," the report noted.