A filmmaker tries to fund a Newtown massacre project, enraging locals. But face it: We are addicted to grisly fare 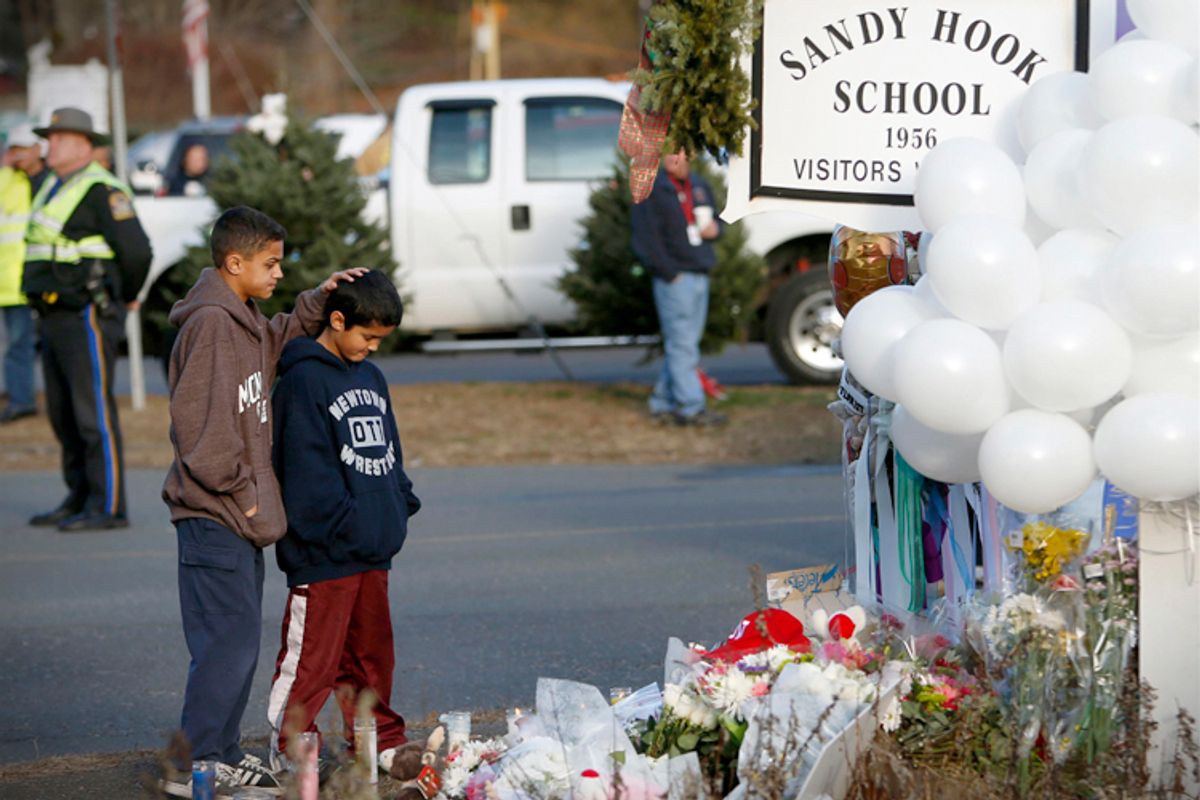 Well, somebody had to be first. And hey, it's been nearly two months. Cue the inevitable Sandy Hook movie.

This week, filmmaker Jonathan Bucari headed to Connecticut – and to a town just 20 miles from the scene of December's shooting -- to begin preliminary work on "Illness," a small, independent feature about a mentally disturbed 13-year-old boy whose life becomes more unhinged after the massacre. Bucari told reporters this week he chose Ridgefield because "it has the same look and feel as Newtown."

The reaction to the film has been swift and so far strongly negative. Ridgefield film commissioner Allison Stockel told Newtown Patch.com that she's received "at least 25 calls from angry residents asking about the film" this week, and the town's First Selectman Rudy Marconi's office announced it "would never approve the filming of a movie related to the subject of the Newtown shooting."

The young French director's project is unlikely to draw much attention beyond the controversy surrounding it. Bucari so far has one TV movie pilot under his belt, and his Indieagogo campaign has only raised $620. He's also, in light of recent negative publicity, taken down the project's Facebook page. Allison Stockel told reporters this week, "If it’s about Newtown, people here don't want a film on this, now or ever."

But whether the people of Newtown want it or not, what Bucari has done is set in motion the inevitable. Of course there will be a Sandy Hook movie. Of course there are right now ripped from the headlines plots being written in Hollywood that will wend their way into feature scripts and episodic TV dramas. There will, in time, be the equivalents of "Elephant" and "United 93" and "Zero Dark Thirty." And there will in time be other, far crappier and more exploitative iterations of the story, ones that serve up shocking things happening to children not as a means of understanding tragedy but as straight up, sit your butt on the couch and pop open a Sprite entertainment.

Because that future is already here, and has been for years. "Law and Order" has served up fictionalized twists on the Caylee Anthony murder and the suffocation death of Candace Tiara Elmore. CSI has over the years served up plenty of child abduction, molestation and murder. "Criminal Minds" has done serial child murderers and bears feasting on the corpses of murdered kids.  "Law and Order: SVU" might as well change its name to "Child Molester of the Week" – with each season finding new and imaginative and horrible ways to abuse and maybe kill off kids.

In just the past few months, "Bones" celebrated its 150th episode with a plot involving the death of a young teenage boy. Early into its very first season, "Elementary" has devoted an episode to tracking down a creepy serial killer of children. In November, "Law and Order: SVU" took on the topic of "decades of abuse" at a fictionalized Horace Mann. And just this week, "The Following"  gave us a child being tutored in the ways of killing. Does anyone think we'll have to wait much longer before the Krim murders become a plot point on some New York City-based procedural?

The notion of a Newtown movie inspires shudders now because the grief is still so unbearably fresh. Bucari's project at least sounds like an attempt to make an intimate drama around a national heartache. That he chose to do it so soon after the real thing was a failure of sensitivity. Maybe the final result, if there ever is one, will be a disaster. Or maybe it'll be surprising and nuanced and interesting. But what it won't be, assuredly, is the first -- or last -- of its kind.