We need to call it rape 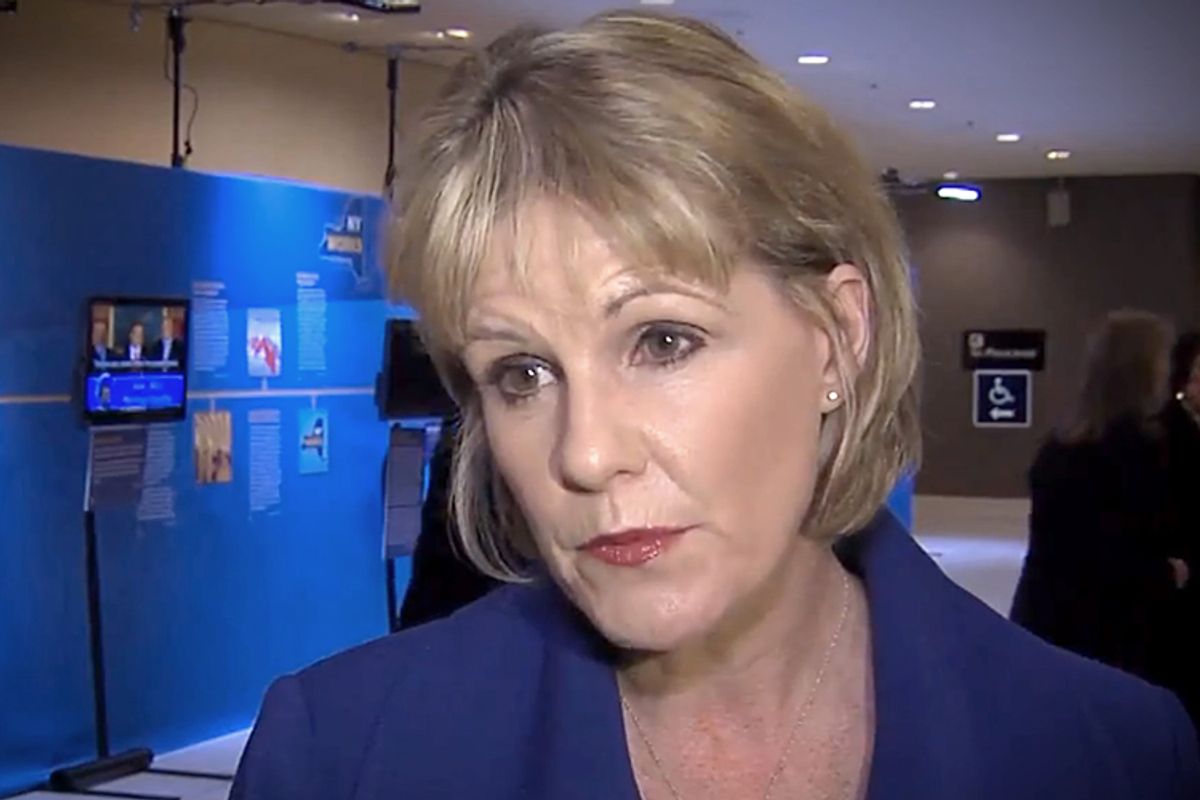 On a workday morning in the summer of 2011, schoolteacher Lydia Cuomo was brutally sexually assaulted at gunpoint by off-duty cop Michael Pena. At the time, he told her he was going to blow her head off. He forced himself on her, vaginally, anally and orally. In court later, Pena admitted to sexually assaulting her. As Cuomo says now, "I feel like essentially I had a silver platter of a rape case. I had witnesses, I had DNA, I had my own testimony, I had two cops. I had them saying, 'We admit he sexually assaulted you.'" But then she found out that in the eyes of New York state, she had not been raped.

Despite all the seemingly clear-cut circumstances of her attack, Cuomo's case was snagged by the fact that while Pena admitted the oral and anal assault, he initially denied ever penetrating her vaginally. And that, in New York, means she wasn't raped. At Pena's trial, he was found guilty of criminal sexual act and predatory sexual assault charges. She later said, "It was like, oh my God. I’ve sat through this. I’ve waited for this. And this jury just told me 'You were sexually assaulted, but you weren't raped.'" Last June, Pena finally pleaded guilty to raping her, in the strict, New York state-approved sense of the word, giving Cuomo at last some measure of vindication.

Young's new bill is still an attempt to make rape convictions easier to obtain – it lowers the burden of proof from vaginal penetration to "contact." But Young apparently got cold feet about whether juries would be able to accept the broader understanding of rape. She told the Daily News Thursday she'd feared it would be more difficult to secure convictions.

It's a shockingly backward – and ultimately dangerous – notion to perpetuate, that rape is something that can only be done within a very narrow context. And because of it, crimes like the horrific 2011 attack on Lara Logan are chalked up as "not a rape" and "not as bad as rape." It tells rapists and would-be rapists that any other violation is a lesser offense, for which they will pay a lesser penalty. But worse than that, it tells survivors that their experience was a lesser one. "It’s semantics, but semantics are really important. As a survivor, hearing the word solidifies what you went through and helps you to move on," says Cuomo. "Who runs around saying, 'I was criminally sexually acted upon last year?'"