UPDATED: After defending the "Three-Fifths Compromise," James Wagner apologizes for "clumsiness and insensitivity" 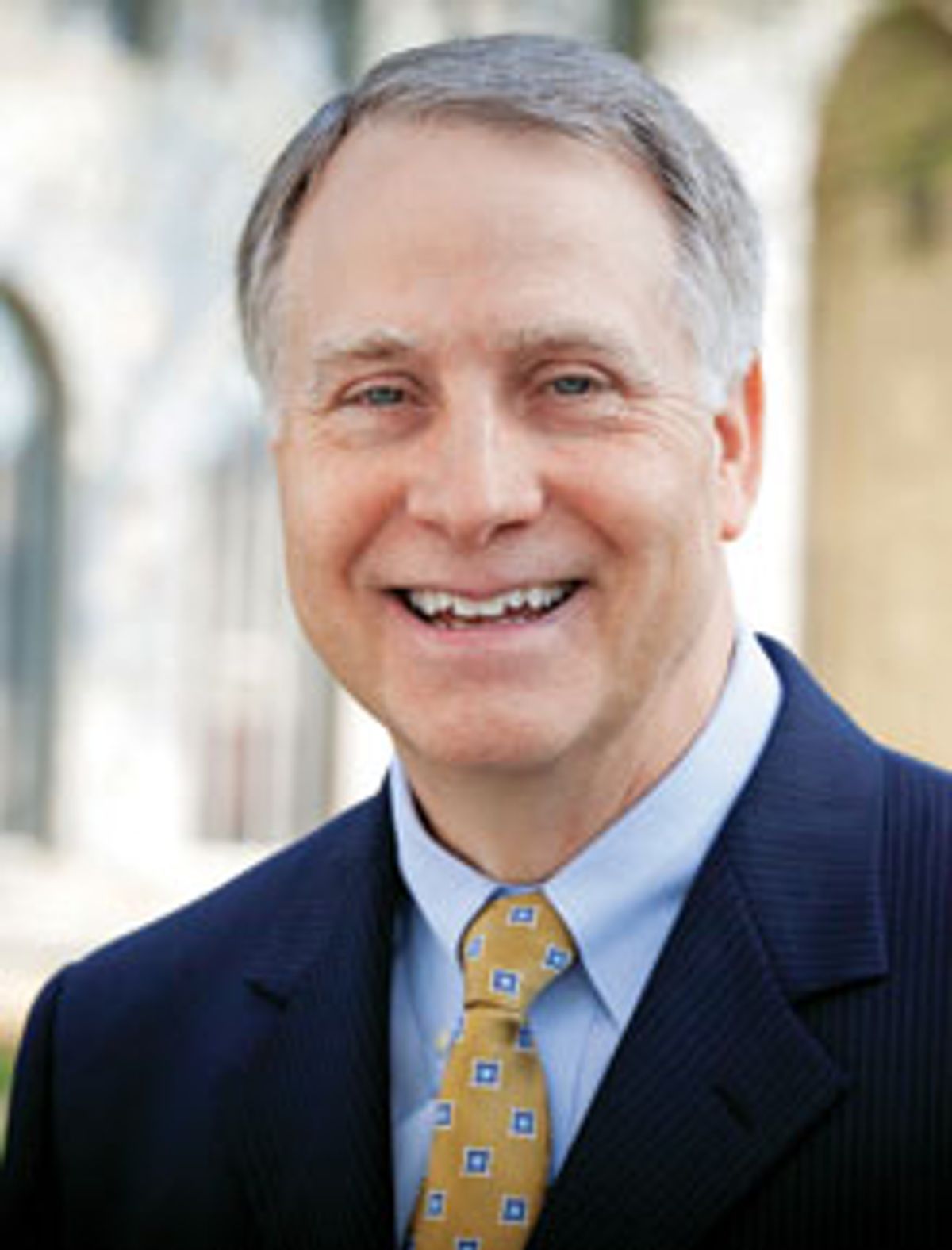 Emory University president James Wagner has apologized for "the hurt caused by not communicating more my own beliefs." He writes that "To those hurt or confused by my clumsiness and insensitivity, please forgive me. "

And he says that he considers slavery "heinous, repulsive, repugnant, and inhuman. I should have stated that fact clearly in my essay."

The full text of Wagner's explanation/apology can be read here.

Wagner now insists that "The point was not that this particular compromise was a good thing in itself.  It was a repugnant compromise.  Of course it is not good to count one human being as three fifths of another or, more egregiously, as not human at all, but property."

But while he says his point was not to praise this compromise as a good thing in itself, here is his original text:

Later in the essay, he wrote this:

A university by its inclusiveness insists on holding opposing views in nonviolent dialogue long enough for common aspirations to be identified and for compromise to be engaged—compromise not understood as defeat, but as a tool for more noble achievement. The constitutional compromise about slavery, for instance, facilitated the achievement of what both sides of the debate really aspired to—a new nation.

Aside from not ever taking the opportunity in the original piece to call slavery any of the things he did in his statement on Sunday, it's impossible to read that last statement without the clear suggestion that he believes this compromise was "a tool for more noble achievement." One certainly would not take from that what Wagner wants us to today, that, of course he believes it was "repugnant." In reality, it is his very -- and only -- example of compromise as noble achievement.

It will be interesting to see if this "compromise" statement satisfies the Emory community, and how the university's trustees react in upcoming days.

Saturday: In a shockingly horrible column, the president of Emory University held up the "Three-Fifths Compromise" -- the deal between Northern and Southern states which counted slaves as three-fifths of a person -- as a shining example of political compromise at its best.

In his "from the president" column -- titled "As American as ... Compromise" --  in the winter issue of Emory magazine, president James Wagner writes about the fiscal cliff and the importance of keeping one's mind open to other points of view. All standard president's letter dullness so far, right?

One instance of constitutional compromise was the agreement to count three-fifths of the slave population for purposes of state representation in Congress. Southern delegates wanted to count the whole slave population, which would have given the South greater influence over national policy. Northern delegates argued that slaves should not be counted at all, because they had no vote. As the price for achieving the ultimate aim of the Constitution—“to form a more perfect union”—the two sides compromised on this immediate issue of how to count slaves in the new nation. Pragmatic half-victories kept in view the higher aspiration of drawing the country more closely together.

So under Wagner's formulation, one of the basest and demeaning political deals of American history, if not the basest, is an example of working toward a "highest aspiration." Counting slaves as three-fifths of a person becomes an example of American politicians setting their sights high!

Wagner, thankfully, is at least not a history professor. His academic specialty is electrical engineering. But he has held some awfully important positions for a man of such strange historical views: he's taught at Johns Hopkins, served as dean and provost at Case Western Reserve University. and is on the board of The Carter Center in Atlanta.