Why are gay men and straight women friends? 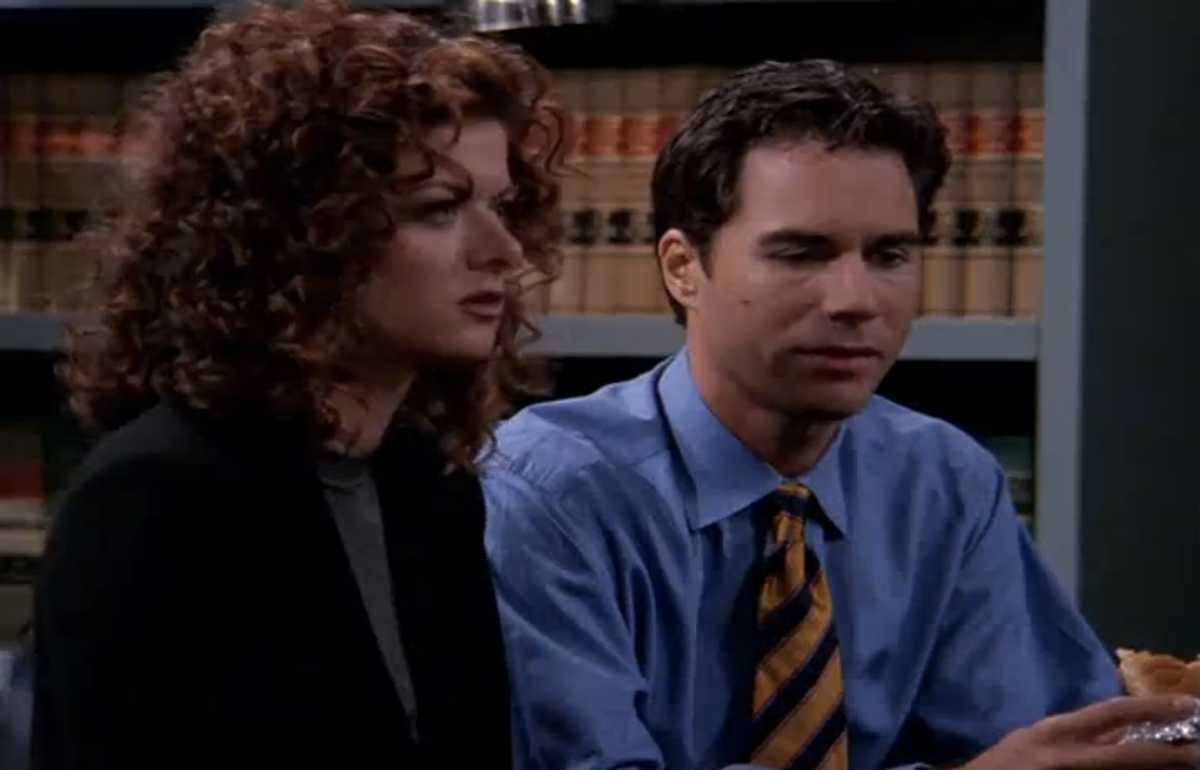 From the title characters of "Will and Grace" to Kurt and Rachel on "Glee," television comedies have picked up on an apparently widespread phenomenon: intense friendships between gay men and straight women. But in real life, what cements this often-close bond?

“Our results suggest that straight women and gay men perceive mating advice provided by each other to be more trustworthy than similar advice offered by other individuals,” a team led by psychologist Eric Russell, a visiting researcher at the University of Texas at Austin, writes in the journal Evolutionary Psychology.

Russell and his colleagues describe two experiments providing evidence for this thesis. One featured 88 heterosexual women, the second 58 homosexual men. Participants were told the study was about the way online profiles influence friendships.

Participants were told to imagine they were at a party with Jordan, and he/she gave them romance-related advice, such as “how to interpret an interaction with an attractive member of the opposite sex.” They then assessed the degree to which they would trust this advice.

Together, these results support the notion that “the emotional closeness shared by straight women and gay men may be rooted in the absence of deceptive mating motivations that frequently taint their relationships with other individuals,” the researchers write.

For straight women, they note, advice from another straight woman may be colored by the friend’s possible interest in the man in question. Advice from a straight male friend may be tainted by the fact he has his own designs on her, and thus would have no reason to help her find another mate.

The researchers contend a similar dynamic may be at work with gay men. They concede that “lesbian women may not harbor any deceptive mating motivations” when socializing with gay men, but point to previous research suggesting a “lack of closeness between gay men and lesbian women in social contexts.”

In theory, this means straight men would be wise to turn to gay men for dating advice, and vice-versa, since there would be no question of competition or a hidden agenda. However, the researchers dryly note, their lack of attraction to the same sex “may decrease the usefulness” of their advice.

Of course, evolutionary-minded psychologists tend to focus on our (conscious or unconscious) desire to procreate and pass one’s genes to the next generation. Arguably, they understate the inherent benefits of a close relationship that is unencumbered by sexual tension.

Nevertheless, these findings go a long way toward explaining what the researchers call “the unique and important bond shared by straight women and gay men.” And they’re certainly fodder for future episodes of envelope-stretching comedy. Are you reading, Lena Dunham?