Is "The Americans" making the same mistakes as "Newsroom" and "Homeland"?

Last night's episode had media mistakes and too much romance 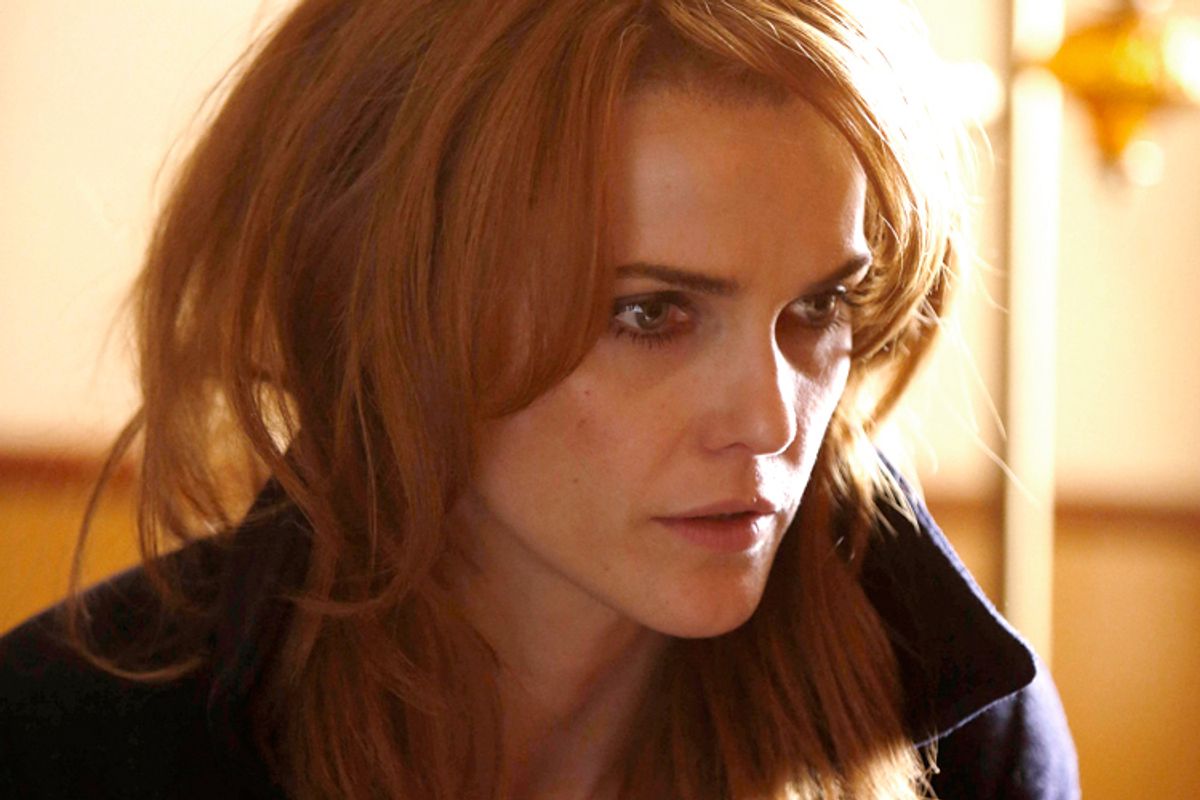 Two thoughts about “The Americans,” FX’s Russian spy/dysfunctional marriage show, which aired its fourth episode last night, about the aftermath of the Reagan assassination attempt.

1) A couple of days ago, Ben Williams, who runs New York magazine's website (and, full disclosure, my old boss) tweeted, “I'm not sure why the main focus of 'The Americans' so far is the central characters' 'marriage.' It's like 'Homeland' all over again.” This is a really good question!

The Jennings’ marriage is, theoretically, what makes “The Americans” more than just a spy show (although, so does the whole ‘80s thing). Ideally, it adds another complicated, fraught layer to an already multilayered situation. These two spies have been keeping their covers, emotionally, with one another these last 20 years: What happens when they finally stop being double agents in their marriage?

But it’s just one layer. And last night, in an episode about the president of the United States being shot, it got pride of place. Despite involving an assassination, this was somehow the least dramatically plotted of any “Americans” episode yet. The Jennings' sex life, which is going swimmingly all of a sudden, book-ended it. At the end of the last week’s installment, Elizabeth confessed that she was finally starting to feel something for Phil: Now they’re making hotel room, daytime sex dates. I’m sure the two will have trouble again – Elizabeth is fundamentally untrusting of Phil — but the ups and downs of their marriage would be better left simmering, small changes in feeling and passion explored in each episode and accruing over time rather than being foregrounded each week. (There's some foreplay analogy to be made here: Like, let the foreplay be foreplay for a while longer.)

“Homeland” lost its way when it became a love story, which it wasn’t initially. From the start, “The Americans” has always been about this particular messed-up romance. It may need some time to work out the right balance, but, per "Homeland," the right balance is one where the Jennings' love lives don't always dominate. The spy show aspect of "The Americans" doesn't have to be a cover for the love aspect: The show should let itself be "about" both of these things. I would have traded those sex scenes for a serious conversation about Reagan’s persona and policies. Maybe next week.

2) Those who like to take the piss out of Aaron Sorkin whenever possible may have noticed that as Phil and Elizabeth followed the news in the aftermath of the assassination attempt, it was initially reported that Reagan's press secretary James Brady had been shot and killed. He was not. Later in the episode, they watched the White House refute this claim. In other words, long before hard news broadcasts had been corrupted by the world of clicks and reality TV — back in the golden age — sometimes, in the rush to break a story first, news programs got it all wrong, and did what only doctors can do, pronounce someone dead, the exact mistake Sorkin devoted an entire outraged, Coldplay-heavy episode to. This is not to excuse the frenzied misreporting that happens during big breaking stories, whether about Gabrielle Giffords, or the Affordable Care Act, or Adam Lanza’s identity. But it is to point out that, as painful as it is to believe, our historical moment may not be as special — even as especially mediocre and vacuous — as Sorkin would have you believe.