Are Americans, including big business, too tired for outrage? 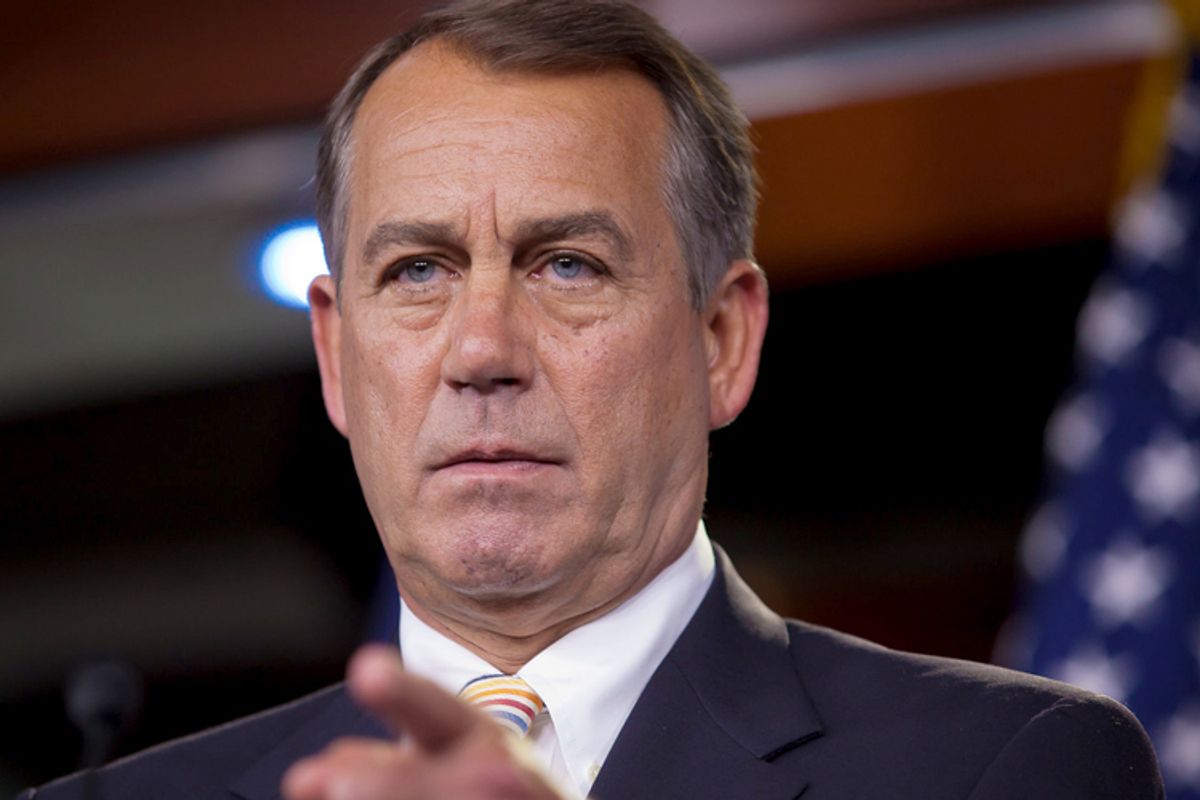 We’re one week away from a massive cut in federal spending — cuts that will hurt millions of lower-income Americans who’ll lose nutrition assistance, housing and money for their schools, among other things; that will furlough or lay off millions of government employees, reduce inspections of the nation’s meat and poultry and pharmaceuticals and workplaces, eliminate the jobs of hundreds of thousands of people working for government contractors, and, according to Leon Panetta and other military leaders, seriously compromise the nation’s defenses.

Bad enough. If the spending cuts go through next week our fragile economy will slow further, causing more unemployment and misery. When consumers don’t have the money to buy enough to keep the economy moving, and government pulls back this much, businesses can’t justify keeping people on.

Yet the silence is deafening.

Republicans won’t deal. Obama has already cut $1.5 trillion out of the budget but Republicans insist on far more. They want the White House to propose major cuts in Social Security and Medicare.

Meanwhile, the Bush tax cuts have been extended permanently to everyone earning up to $400,000. Only the richest 2 percent have to pay at the rate they did under Bill Clinton, which was far lower than the rich paid before 1981. That will generate $600 billion — less than half of the cuts Obama has accepted.

No one in their right mind would call this a balanced approach to deficit reduction. Yet Republicans won’t even consider raising taxes on the most fortunate members of our society. They won’t limit deductions and loopholes that have driven down the super-rich’s tax rates to single digits (remember Romney’s “carried interest” loophole for private-equity mavens?).

So where’s the outcry? Why aren’t more people up in arms? Why aren’t big businesses (including major military contractors) and Wall Street screaming into the ears of the GOP? Where’s the outrage from Main Street?

I suspect most Americans are suffering showdown fatigue. After all, we got through the debt-ceiling showdown of August 2011 and the fiscal-cliff showdown on Jan. 1, and the world didn’t end. So most people figure Washington will find a way out of this one, too.

Others have bought the Republican-Fox News lies that the deficit is our biggest economic problem, and government spending is to blame. So a massive, abrupt and indiscriminate cut in spending seems OK.

It’s not OK. It will hurt the most vulnerable members of our society, and much of the middle class.

Yet it would be even worse if Obama and the Democrats were to give in to Republicans, and not demand more from those who have never been wealthier. Inequality is widening again. All the economic gains since the Great Recession have gone to the top. The richest 400 have more wealth than the bottom 150 million Americans put together.

Why not limit the mortgage interest deduction to $25,000 a year, so the rest of us don’t have to subsidize mansion mortgages? Why not a wealth tax on assets in excess of $5 million to pay for early-childhood education? Why not a small tax on financial transactions (as Europe is now instituting) to finance better schools? Why not close the loophole that private-equity and hedge-fund moguls live off of, to finance child nutrition and social services for the poor?

It’s no time for showdown fatigue. It’s time to fight.