A look at the world of DarkFetishNet, which alleged “Cannibal Cop” Gilberto Valle was said to have frequented 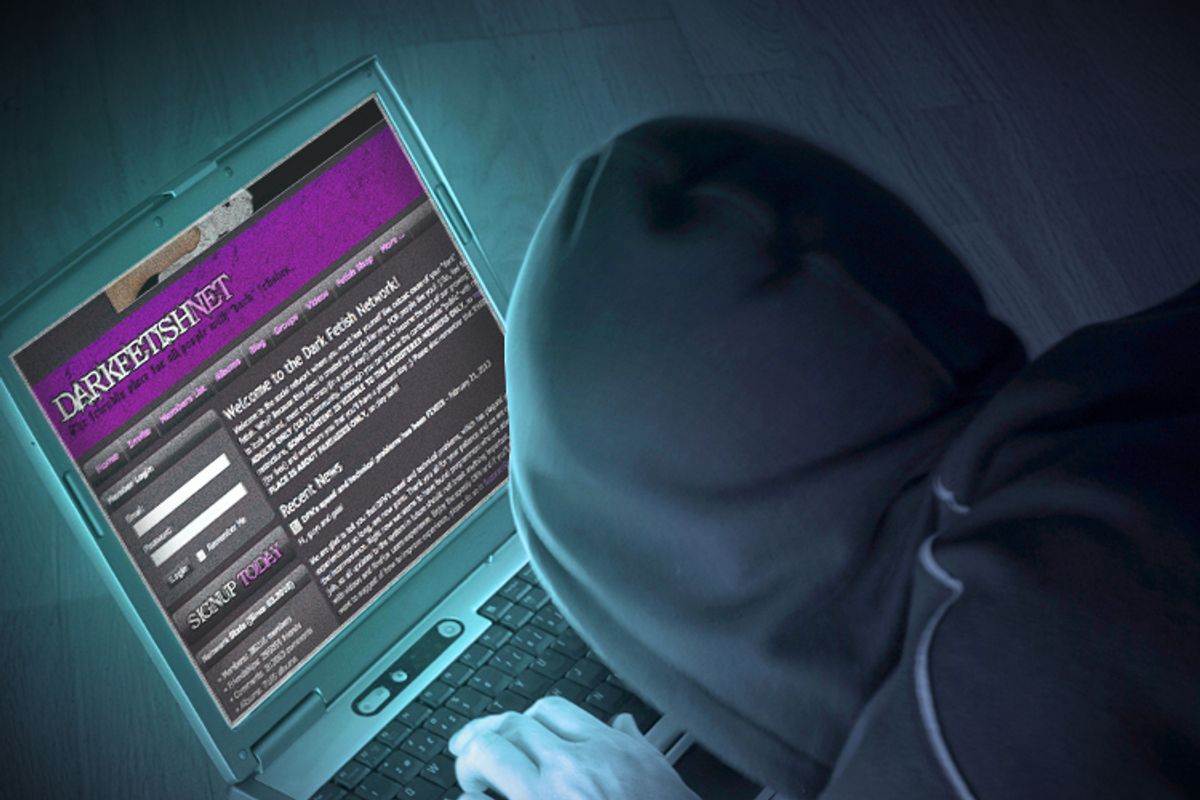 "The Cannibal Pot," "Rest In Peace," "Dead People in Suits and Dresses" -- these are just three of the hundreds of group names on DarkFetishNet.com (and those are the tamer ones, so read on at your own risk). Each fetish group hosts genre-specific message board discussions and photos -- in the cases above, mostly of women who appear to be dead, dying or being eaten. This is the site accused "Cannibal Cop" Gilberto Valle, whose trial began today, is reported to have used.

In case you've managed to so far miss the tabloid frenzy, some background: The 28-year-old former NYPD officer is accused of conspiring to kidnap women and wrongfully using the National Crime Information Center database to research potential victims. He's alleged to have used email and instant messages to discuss "plans to kidnap, rape, torture, kill, cook and eat the body parts of a number of women," as well as collecting information on more than 100 women and meeting with or surveying potential "victims," according to court documents. Valle's lawyers are mounting a fantasy defense -- that he was merely engaging in elaborate role-play about deviant fantasies and never intended to realize them in real life.

As both the prosecution and defense try to distinguish between fantasy and reality, it's worth taking a look at how the more than 38,000 members of Valle's old online haunt negotiate between the two. In a group titled "Clit Cutting," under the topic "Methods and Results," a member by the name of Vicious-Vixen shares that she's thought about -- well, there's no polite way to put this -- having her dog bite off her clitoris. When another user expresses concern about her plans, she responds: "Hahah, nooo, it's just fantasy yes." Another reader offers: "It seems fantasy can overwhelm caution and lead to unintended realities. I don't think that Vixen is in danger of blurring the lines, but someone else may read this and get carried away."

From what I found, exchanges like this are common on the site: One second someone is talking in great detail about doing away with their most sensitive concentration of nerve endings; the next they're laughing that someone could think they were actually serious. Keep in mind, the above conversation happened on a message thread in which someone detailed how they used dog nail clippers to remove a partner's clitoris and another described how a hemostat can be used "to crush the tissue" and provide "control of bleeding." Comments range from outrageous and implausible to well-researched and seemingly earnest.

This is perhaps part of why the FBI waited until after Valle discussed online in great detail three alleged kidnapping plans to make an arrest. Plenty of the role-playing on DarkFetishNet.com sounds like criminal scheming. One woman writes in the "Buried alive" discussion thread about having purchased a casket in real life, and then she goes on to detail her idea of burying a man alive in it and forcing him to eat his own feces and drink his own urine. She writes, "I came up with [the idea] when I realised pure burial alive alone might not be severe enough punishment-and ends too soon." There are groups bearing names like, "Crimes againts [sic] Women," "Bitches Shot," "Neck snapped," "Impalement" and "Disembowelments, guttings and eviscerations." Many of the gruesome images found on the site are patently fake, if not actual cartoons, but plenty appear alarmingly realistic (including one of what can only be described as a vulva kebab). In fact, I came across two stills that appeared to be from the very real "1 Lunatic, 1 Ice Pick" murder video.

Most members of DarkFetishNet.com are not planning to commit acts of actual torture and murder -- but how to tell the difference between gruesome fantasy and criminal reality, convincing role-play and murderous premeditation? As sex therapist Martin Klein told Reuters regarding the case, "Everybody is concerned about individuals whose sex fantasies reflect a dangerous mindset," he said. "The problem is the people that are actually dangerous -- their fantasies tend to look very, very similar to those of healthy people. On the Internet, the line between imagination and behavior has gotten really very thin." No kidding.