The story of an ambitious young cop glosses the details 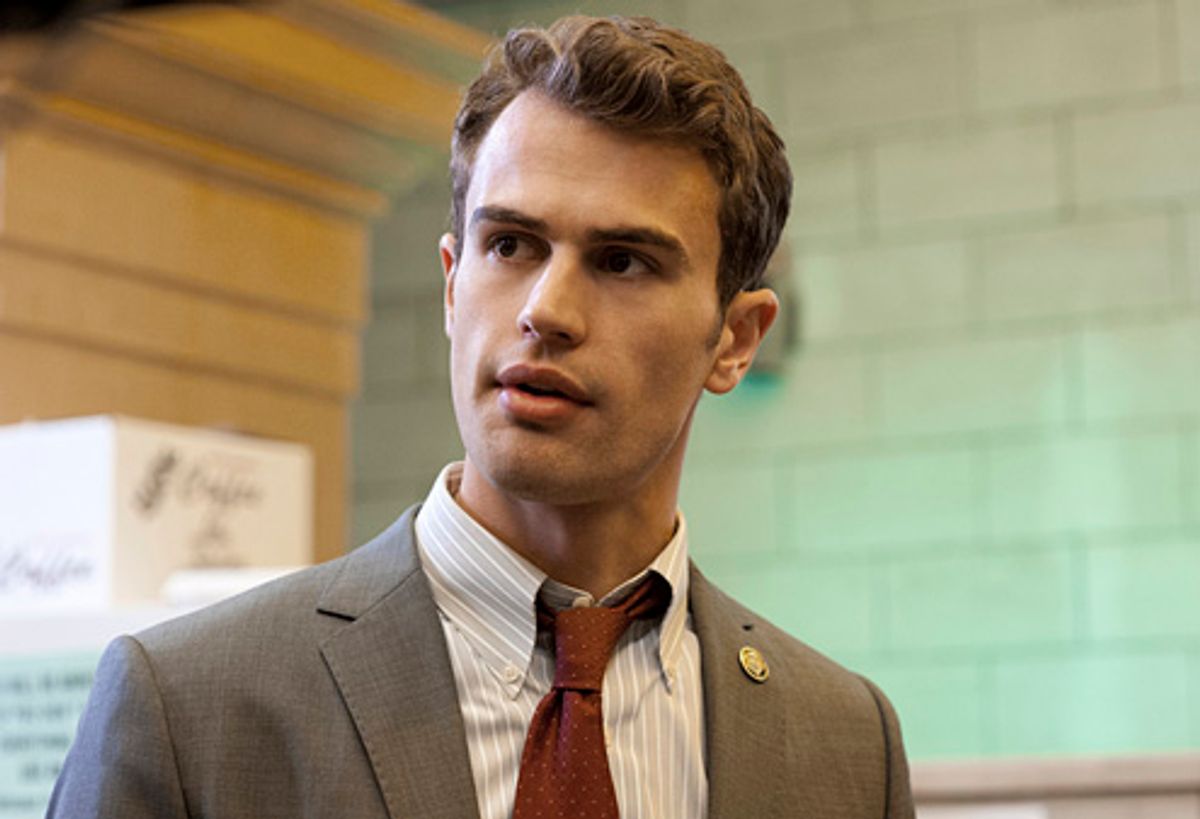 “Golden Boy,” a new, marginally-better-than-workmanlike crime show on CBS, is saddled with a very odd framing device: In the present day, young, handsome, prideful police officer Walter Clark — Theo James, “Downton Abbey’s” dashing, dead, virginity-thieving Pamuk— has just made the homicide squad, thanks to a high-profile shooting. Seven years in the future, Clark's the youngest police commissioner in New York City history. The show is the story of how he got that job, and each episode begins and ends with a brief scene of Commissioner Clark talking vaguely about the lesson he extracted from whatever case he and his partner cracked in the meat of the episode.

The frame is meant to elevate “Golden Boy” above simple procedural, but it is so clankily done, the creators shouldn’t have bothered. In the first episode a journalist asks, “Tell me, Commissioner, are you a master politician or just a savvy cop?” to get the story started. In future episodes, the commissioner’s body man asks blatantly expository, wooden questions to elicit a tale. In the second episode, Commissioner Clark’s gray hairs — he’s had some stresses in the intervening seven years, including a “murder suicide and a precinct shootout” alluded to in the pilot — look a deep blond: the golden boy has aged into … a man with golden highlights.

Compared to the flash-forwards, the procedural elements hum along. Of the four episodes I saw, two ended with handwritten confessions from the guilty parties, and two cases involved the personal lives of major characters, so it’s not a strikingly realistic cop show, but James is nice to look at and has a hypnotically good working-class American accent for a Brit. Furthermore his Clark is a real operator, a good guy with a big ego, who is not constitutionally above taking shortcuts and is keen to manage up. “Golden Boy” seems particularly interested in exploring the political angles of the police department (though not at all the precinct where Clark works), which is a promising lens for a show (as well as a nice poach from “The Wire").

But “Golden Boy’s” half-bakedness — part totally competent TV show, part lazily executed one — permeates throughout. Chi McBride co-stars as Clark’s mentor and partner, a low-key homicide cop rejuvenated by the chance to mold this young man. “True Blood’s” Kevin Alejandro plays a jerky, macho, but also competent detective and a thickly accented Bonnie Sommerville appears as his tough partner. But the squad’s lieutenant is a walking, talking cardboard cutout, who delivers orders with no intonation and then leaves. When houses need to get busted into — which happens often — it’s only ever the four aforementioned cops breaking down the door.  "Golden Boy's" main character is ultra-ambitious, but the show's not ambitious enough to nail the details.