The Yahoo CEO tells her employees: Stop telecommuting, or get out. But is working from home really better? 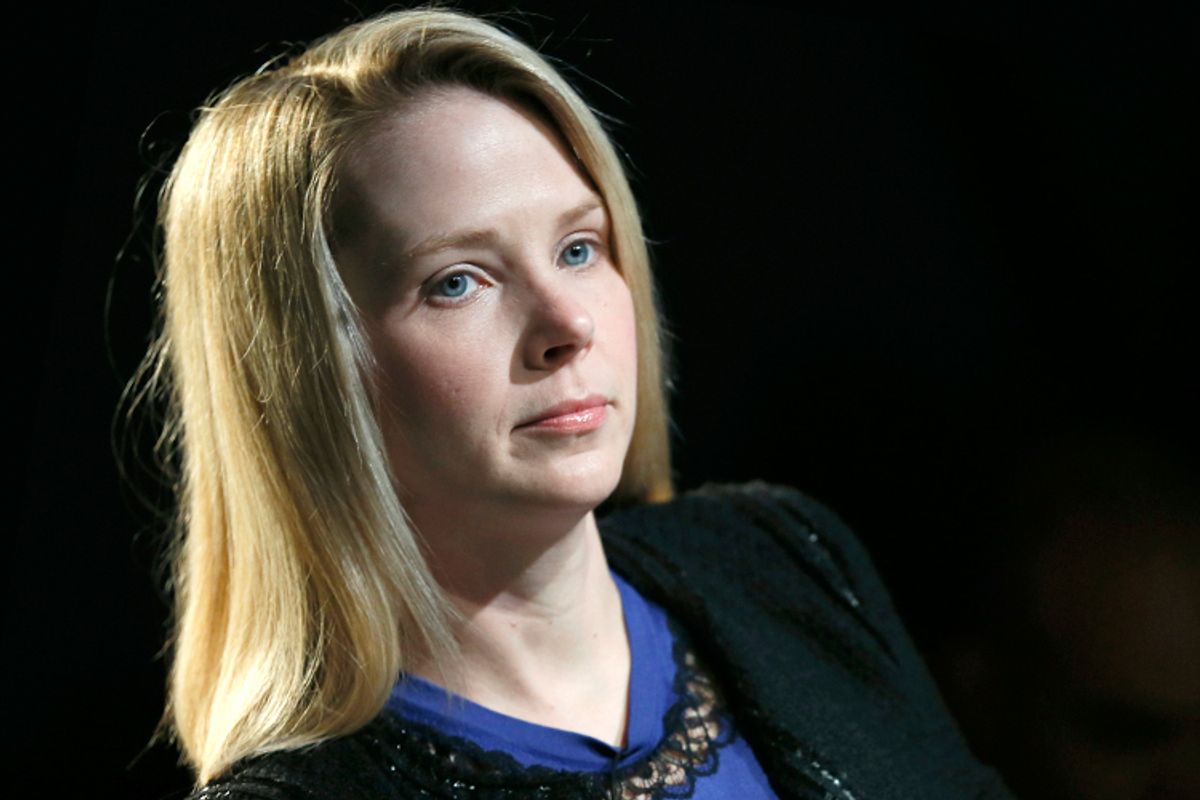 When All Things D's Kara Swisher reported Monday that Yahoo CEO and reluctant metaphor for working motherhood Marissa Mayer's brave new vision for her organization now involves telling several hundred workers they can either stop working from home or get the hell out, a nation of hardworking, life-career-juggling telecommuters winced in sympathy. As our own Irin Carmon put it, "Yahoo is setting back … progress and flexibility" in a move whose "impact falls disproportionately on women." A Yahoo employee, meanwhile, told Swisher it was "outrageous and a morale killer."

The joys and benefits and outright occasional necessity of working at home are multitude. I can vouch that I have, many, many times over the years, been grateful for the ability to drop everything and run to school to pick up an injured child. I have likewise had many days I've been able to crank out my work while simultaneously entertaining a kid who is either home sick or whose school has declared a mysterious "staff day." Working at home accommodates my doctor appointments and UPS deliveries; it also enables me not to alienate my colleagues even as I consume lunches composed of stinky kimchi and employ my stress-busting habit of singing, loudly and off key, Eddie Money's greatest hits. Significantly, it has also meant that I haven't had to fork over a sizable portion of my income for childcare. A snow day for me is an inconvenience, to be sure, but it isn't a crisis.

Yet working at home isn't all one wonderful bed of sweat pants. Twenty years after many of us first smacked our lips at the notion that telecommuting would liberate us to create a more flexible, accommodating workforce, how has that played out in reality? When I go in for my cancer maintenance treatments, I frequently sit in a suite next to a young man who brings in his laptop and spends the full day tapping out reports and talking to clients as the IV drips lifesaving medicine into his veins. He once said to me, "Well, I have to keep up." I have friends who have spent their maternity leaves putting out virtual fires at their jobs. I know a book editor who sleeps with her phone next to her bed, and is answering emails and scheduling meetings before her feet even hit the floor in the morning. Any of this sound familiar to you?

The Yahoo memo curtly explains that "speed and quality are often sacrificed when we work from home. We need to be one Yahoo!, and that starts with physically being together … Yahoo! isn’t just about your day-to-day job, it is about the interactions and experiences that are only possible in our offices." What is not mentioned anywhere in that missive – probably because H.R. would be loath to suggest it – is any acknowledgment of a trade-off for this scenario. Many workers absolutely, unequivocally need flexible work arrangements, and the American workplace should by now be far more adept and visionary about that. But I wonder, how many people right now would get out of their bathrobes, get on the subway, and sit under fluorescent lights for a flat 40 hours a week if it came with the promise that they would be left to go about their lives the remainder of those other hours free and undisturbed by their colleagues?

The thing about working from home is that you're always working. Your constant availability is a given, and with it comes the expectation that the boundaries between your professional and personal worlds are entirely porous. There's no empty desk to signal you're off duty, not when the client can so easily text you with one more question -- regardless of whether you're sitting on the toilet or visiting your mother with Alzheimer's or trying to get it on with your date.

Imagine that Yahoo had instead presented the plan of "physically being together" as something the company would like to see more workers taking advantage of – but had also said something about how it values both those "interactions and experiences" in the office and our lives beyond it. Imagine if an enormous corporate entity of Yahoo's ilk said, "We'd like you here and present during the work week. And we'd like you to know for those who can do that, our leadership directive for now is to respect your private time. Managers will not comment on your blog; they will not call you during your child's birthday party; they will not forward you reports during your vacation. And just as we ask you to 'use your judgment in the spirit of collaboration' about those times you do need to work from home, we vow that we will do the same about interfering during the family and personal time that you need and deserve to have a rich, fulfilling, and ultimately productive life. We certainly can't ask you to make all the necessary commuting and caregiving arrangements you may need to do in order to come into the office AND also bleed all over your personal time, because that'd be counterproductive and excessive, right? Yours, Yahoo." Think it couldn't happen? Last year, Germany's VW headquarters announced it was going to fight employee burnout by having company BlackBerrys shut off incoming emails between 6:30 p.m. and 7:30 a.m.

The shuddery revulsion that the new Yahoo policy inspires isn't just that it seems to ignore the individual needs to its employees. It's that it carries the ominous threat of work as inescapable. We all need boundaries, whether the virtual, self-created ones that come from turning off the phone or the physical ones of leaving behind the office at the end of the day. For many, it is wonderful to be able to draw up a business proposal after the family goes to bed. But for just as many, it is a nightmare to get a text with the boss's next big idea during a colonoscopy. You want your workers in the building, Marissa Mayer? Can they get that with a commitment to not follow them out at the end of the day?