How to mock a child

Seth MacFarlane and the Onion failed. But mocking kids can be great 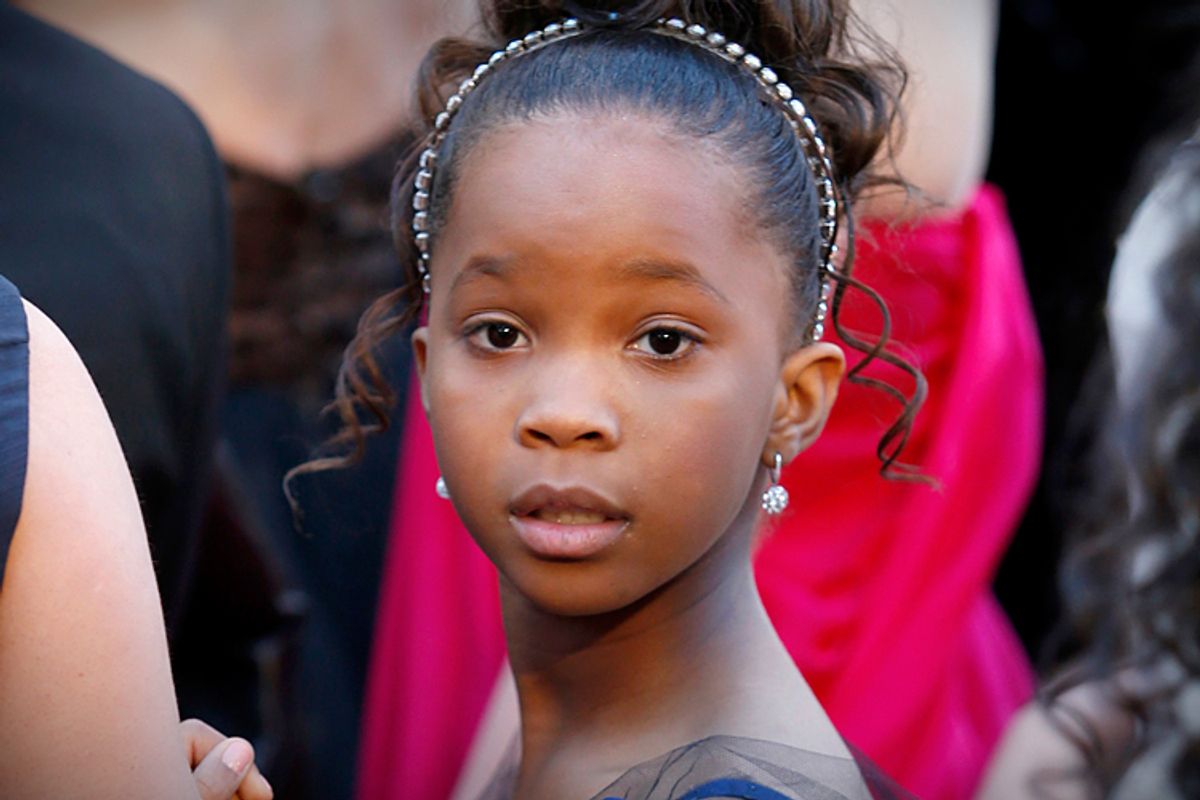 Hey, everybody who thinks we're the PC police: It's not that you can't make a joke about a child. It's that the rules of comedy apply no matter the subject matter -- you have to be funny about it.

As we all well now know, Oscar night 2013 will be remembered as that time Seth MacFarlane made joshing reference to Quvenzhané Wallis as an imminent object of George Clooney's sexual attentions, and then the Onion drastically upped the ante by calling her "kind of a cunt." (They later deleted and apologized for it.) The backlash to both outbursts was swift and loud, followed inevitably by the "Can't you take a joke?" backlash to the backlash.

One of the most agonizing side effects of a controversial comedy routine – generally a crude one that involves violence, tragedy, or is at the expense a minority group  -- is the scramble to explain why some things are funny and some are not. And explaining a joke is only slightly more magic-defusing than watching how sausage is made. Comedy is alchemy. The minute we say, "That's not funny because…" we risk the approbation of those who'd call us humorless scolds, uptight and fussy party poopers.

Yet we need to put to rest the notion right now that everybody who was offended by MacFarlane and the Onion can't possibly get the joke. We do. It's a very easy one to get, in fact, because it comes from a long and successful comic tradition – that of exposing children as the annoying little pains in the butt they so often are.

As the mother of a little girl the same age as Quvenzhané Wallis, I'd like to state that the "Kids are jerks" motif is a personal favorite. (Well, that and baby rape, which I'm on record as declaring hilarious.) Years ago, a friend and I had the $1 million idea to make T-shirts that read, "My baby is a dick and so is yours." Mockery that comes at the expense of a child is often doubly funny, because it subverts our protective instincts toward the small and vulnerable, and because it lets us share in the unspoken great truth that there are moments when children can be absolutely terrible, unlovable little human beings. Nearly 80 years on, W. C. Fields kicking a baby is still a thing of comic perfection.

"The Little Rascals" relied heavily on the terribleness of kids - as "South Park" brilliantly does now. For years, "America's Funniest Home Videos" thrived largely on the pleasure we derive from watching children fall down and/or cry. See also: most of current-day YouTube.

Author Adam Mansbach had a runaway best seller that when he created a fanciful bedtime tale imploring tots to "Go the F**k to Sleep." Allie Hagan's satiric Suri's Burn Book irresistibly imagines the progeny of Tom Cruise and Katie Holmes as a bitchy fashion blogger. "Louie" reliably paints the protagonist's daughters as completely deserving of the middle fingers he flips behind their backs, and star Louie C.K. once memorably did a whole routine about what an "asshole" his then-4-year-old daughter was. Last fall, for the Emmys, the cast of "Modern Family" did a bit that revealed tiny co-star Aubrey Anderson-Emmons as a racist, homophobic "monster." It was delightful.

And the Onion, which failed in the eyes of so many on Sunday night, has in the past wittily reported that "Bully Not So Tough Since Being Molested"  and that "Babies Are Stupid" to such an extreme degree that when left out in the rain, they'll just drown.

There isn't much about any of those things that isn't as mean and shocking – if not exponentially moreso – than a simple crack about Quvenzhané Wallis being a "cunt." They're also all a hell of a lot funnier. Why? They have context. The days you can't get out of the house when your preschooler won't put on her shoes, or when your toddler won't let you get a decent sleep, you know what? You do regard her as a bit of an asshole. That's a joke. Comedy that taps into the adversarial subtext of our relationship with children can be beyond great – it can be downright liberating. But you can't say any old shocking thing and hide behind the idea that it's automatically daring or clever. You can't shrug that "Hey, it's satire" if there's no craft or timing contained within it. It's not a joke if you don't land the joke. And calling a little girl a vile name, in and of itself, is about as on the money as your average Internet troll's material.

So I will continue to laugh at the scathing art criticism of I Am Better Than Your Kids. I will eagerly await the next video of a terrified baby on YouTube. And I will hold out the hope that the Onion will get back to the business of telling us what utter dopes babies are. Because that's entertainment.