As their battle continues, the singer accuses the comedian of mocking Sandy Hook parents and more 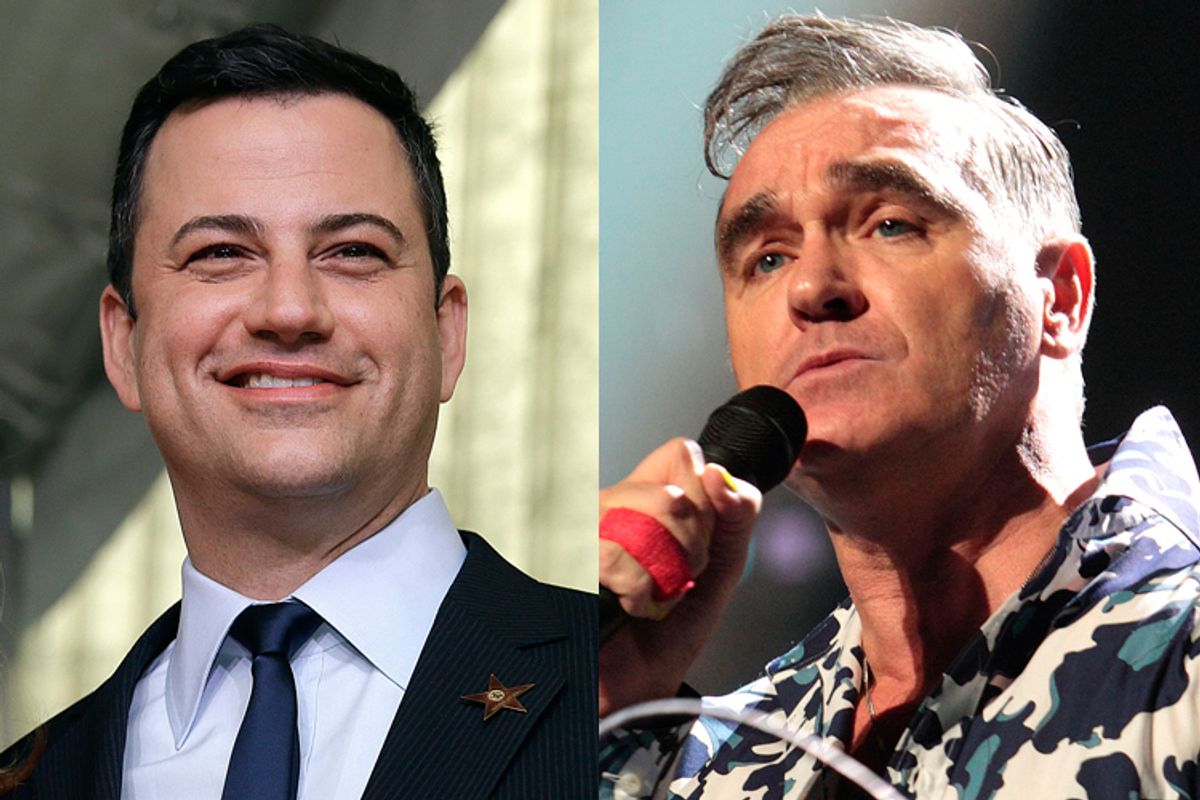 There is an argument that will never go out? Jimmy Kimmel started something he couldn't finish? That joke isn't funny anymore?

Morrissey and Jimmy Kimmel continued their battle of words on Wednesday, after the former Smiths singer canceled an appearance on Kimmel's show because the longtime vegetarian and animal rights activist did not want to appear on the same broadcast as the stars of A&E's "Duck Dynasty."

"I can't take the risk of being on a show alongside people who, in effect, amount to animal serial killers," Morrissey said.

Kimmel addressed the issue on his show last night with a video showing the duck hunters heading out in search of vegetables. He then cracked that he chose the hunters over Morrissey because they have guns, and Morrissey just depresses people.

But Moz fired back in a statement today which charged Kimmel of mocking depression and the parents of Sandy Hook, then blasted Kimmel for hosting a show with "an overwhelming loss of meaning."

Here's the statement in full:

I was disappointed with last night’s Jimmy Kimmel Show wherein our smiling host managed to ridicule depression (70% of Americans have experienced depression according to the National Institute of Mental Health). He then found time to ridicule healthy eating (the obesity epidemic in the U.S. costs $147 billion per year in medical expenditure), and he also ridiculed the notion that animals should be entitled to the possession of their own lives. Furthermore, he found time to jokingly promote gun-ownership - hugely amusing for the parents at Sandy Hook, no doubt. He also promoted his special guests Duck Dynasty – who kill beings for fun. None of the above issues are, of course, as important as Jimmy Kimmel himself, who has finally revealed his show to have an overwhelming loss of meaning. Tune in and relive the intellectual fog of the 1950s.