Wednesday's episode depicts a musical couple who strongly resemble RiRi and Breezy. And it doesn't end well for her 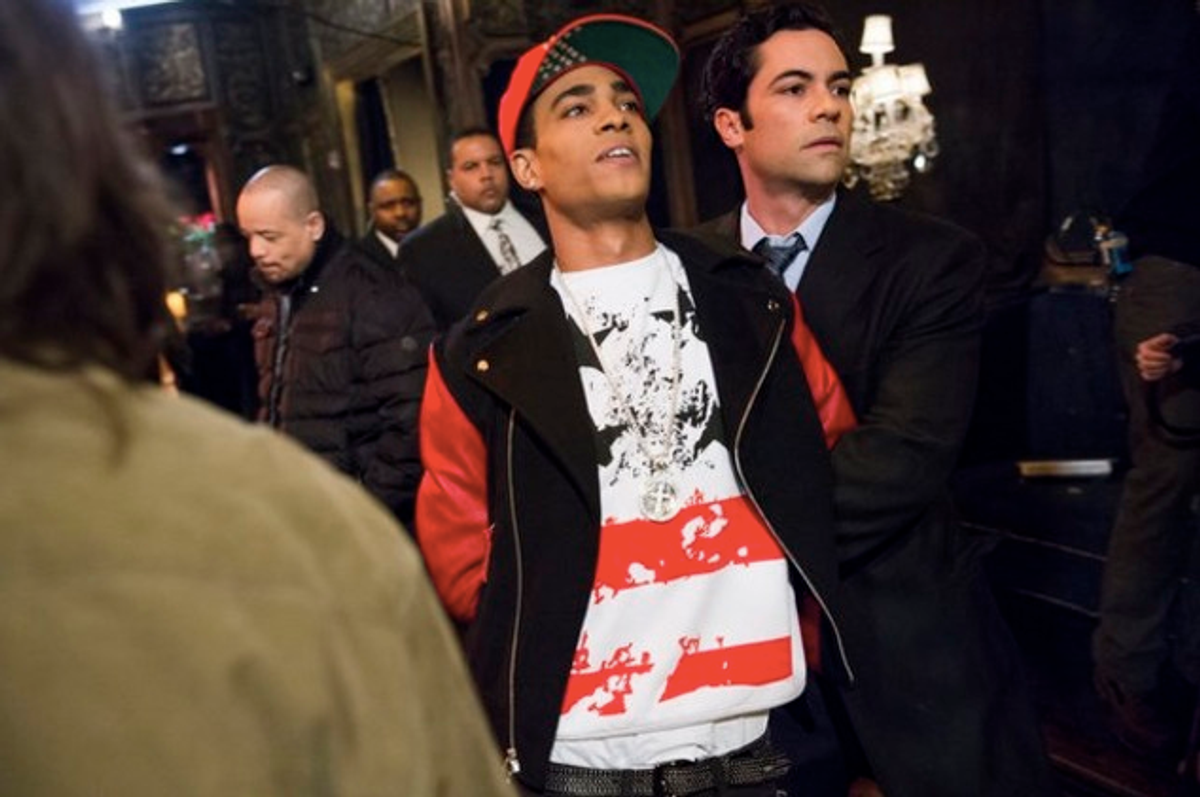 Last night, “Law & Order: SVU” aired a ham-handed, ridiculous-and-then-bleak episode based on the Rihanna and Chris Brown domestic violence saga. "SVU,” like all the “Law & Order” franchises, regularly uses plots “ripped from the headlines.” As with movies based on cartoons, TV shows and other movies, there’s a built-in audience for this kind of thing, for the restaging of a story we’re already familiar with. (I haven’t seen an episode of "SVU" in some years, but I watched this one.) There is also a built-in voyeurism: The show fleshes out a tale we only know from tabloids and social media. It takes a real-life soap opera and turns it into a more regularly formatted one. It dials up the entertainment value on any salacious, disturbing, riveting true-life crime, crimes we don’t much like to discuss in terms of entertainment value, even as they sell magazines and fill endless hours of cable news.

Fake Chris Brown, known in the episode as Caleb Bryant, and fake Rihanna, here known as Mischa, are two young, popular singers in puppy love. But when Mischa tells Caleb to stop flirting with a “beef cookie” at a recording studio, he brutally beats her up in front of three witnesses (including Dave Navarro, one of the show’s many inexplicable guest stars). Hours later, the SVU cops arrest Caleb, who is already out partying at a nightclub. In a sequence that nicely encapsulates the episode’s camp tone, as he’s being cuffed, Caleb tells one of his people to “call my Jew.” His lawyer, played by Jeffrey Tambor, arrives soon after.

Caleb proceeds to behave terribly, in familiar ways: He gets a tattoo of Mischa’s beaten face on his torso. He tweets out things like “I told the judge I miss my bitch.” He confesses his love to Mischa on television. He violates his restraining order. He’s smug and manipulative and unremorseful. Video of him being arrested and of Mischa’s face are "leaked" to Perez Hilton (who also guest stars). His fans accuse Mischa of being a whore.

Meanwhile, Mischa vacillates between whether or not to testify against Caleb. He’ll do it again. She’s scared of him. But she loves him. Maybe the cops are just targeting Caleb. None of this is good for her image. “This is not the face they want selling makeup,” says her manager. Detective Benson lays it on thick — “With all due respect, you’re also a role model; women and girls look up to you … stand up and say no more” — but ultimately, Caleb wins her back with an offer of a friendship ring on national TV.

And then at her invitation, Caleb sneaks into a record-release party for their new single, and shoots and kills her mentor, a man who has always tried to protect Mischa. The police and D.A. get her to confess Caleb’s involvement, but on the stand, she recants. Caleb called her the night before on a burner phone, and wheedled his way back in. The two singers fly off to Bermuda, leaving the SVU cops sitting at their desks, drearily waiting “for the inevitable.” It arrives: Caleb beats Mischa to death.

I am no fan of Chris Brown, but he has not murdered anyone, and I wonder about the purpose of taking this story so far. SVU is entertainment and so it is playing out, in the laughable, campy form of the death of a young woman, who also happens to be a famous pop singer. Caleb is so terrible, so insincere, so dangerous, that the episode makes Mischa seems not just naive or brainwashed, but dumb enough to keep going back to him. If Mischa/Rihanna won’t be the role model Detective Benson wants her to be, if she won't exert the most basic common sense and stay away from this asshole, "SVU" will spell out the consequences. Mischa should have known better — and that is not such a big leap to "she deserved it." This episode was perhaps a well-meaning, but also a menacing, “Don’t say we didn’t warn you, Rihanna.” The “SVU” writers room must really hate Chris Brown, but they don’t like Rihanna much better.