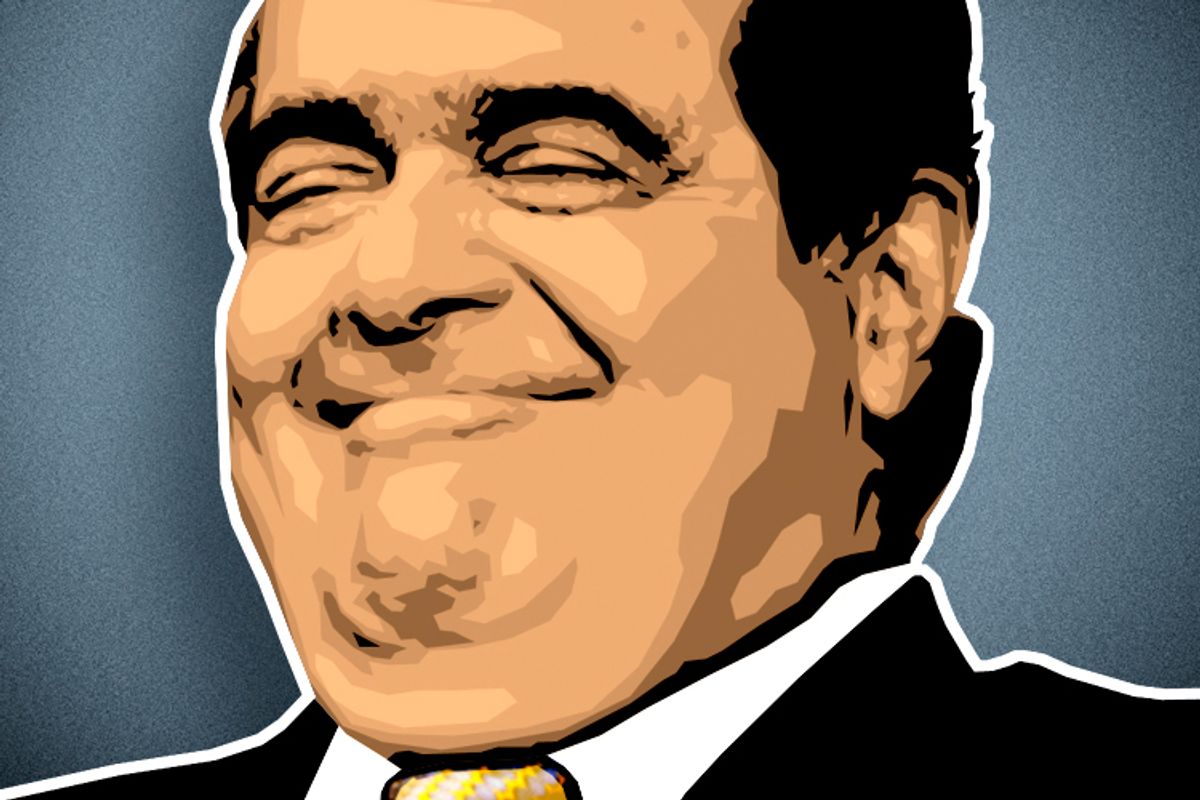 Four slow-moving ambulances brought up the rear as student leader John Lewis led 600 peaceful protesters dressed for church on the voting rights march that would become known as Selma’s Bloody Sunday, on March 7, 1965. They stayed peaceful; law enforcement officials didn’t.  Trampled by police horses, choked by tear gas, beaten with billy clubs – Lewis had his skull fractured – the marchers would need more medical help than the four cars could provide. The ugly melee made national news that night: ABC broke into its presentation of “Judgment at Nuremberg” with footage of the violence, and viewers couldn’t be entirely sure where Nazi atrocities ended and their own country’s began.

Now, not far from Selma, Shelby County, Ala., is trying to take the teeth out of the Voting Rights Act that Lyndon B. Johnson hustled through Congress after Bloody Sunday. Even though the act was reauthorized by a Republican-dominated Congress in 2006 on a 98-0 vote in the Senate (it was 390-33 in the House), and signed by President Bush, and even though its constitutionality has been upheld by the Supreme Court four times, there is evidence that the current right-wing court majority would like to overturn at least part of it. Court conservatives once represented a reaction against the court’s supposed overreach into realms best left to Congress, and its willingness to ignore earlier court decisions. Now they seem set to say Congress has no business here, and that their Supreme Court predecessors who upheld the act were either mistaken or the blinkered creatures of their idiosyncratic eras.

Unbelievably, Antonin Scalia derided the act as a “racial entitlement,” prompting gasps from the crowd gathered to hear the arguments Wednesday. (As Rachel Maddow noted, Scalia seems to live for those gasps.) And he blamed Congress for pandering for votes by keeping that “racial entitlement” alive. The cynical Scalia sounded like Mitt Romney blaming his loss on President Obama delivering “gifts” to his coalition:

I don’t think there is anything to be gained by any Senator to vote against continuation of this act. And I am fairly confident it will be reenacted in perpetuity unless — unless a court can say it does not comport with the Constitution …They are going to lose votes if they do not reenact the Voting Rights Act. Even the name of it is wonderful: The Voting Rights Act. Who is going to vote against that in the future?

Indeed, the name of it is wonderful. With that remark, Scalia made clear (if he hadn’t already) that he’s more suited for the talk radio dial alongside Rush Limbaugh, Bill O’Reilly and Sean Hannity than he is for the Supreme Court bench.

The right-wing justice’s rant goes to the heart of long-held conservative ambivalence about democracy: that corrupt politicians will be able to buy off the rabble, with “spoils” or patronage or jobs; even outright gifts of cash. Only men of wealth, property and education could be trusted to rise above such rank bribery, which is why many states had property requirements and other limits on voting in the early days of our country; universal suffrage didn’t even reach all white men until 1830.

Still, Romney only railed against Obama providing “gifts” like healthcare to Latinos and contraceptives to women. Limbaugh called him “Santa Claus,” one of his nicer names for the president, for those popular new programs. A majority of Americans, O’Reilly opined during his election night self-pity party, “want stuff. And who is going to give them things? President Obama. He knows it, and he ran on it.”

But not even O’Reilly implied that the “stuff” Obama gave his voters included their constitutional right to vote.

As is his trademark, Chief Justice John Roberts put a more refined spin on Scalia’s elitist ranting. “Is it the government’s submission that the citizens in the South are more racist than the citizens in the North?” Roberts asked.  To be fair, the gist of Roberts’ complaint seemed to be that federal oversight of a state function like voting regulations could only be compelled by compelling evidence of wrongdoing. Since it’s true that the South is no longer the place of violent Jim Crow – and it’s also true that some states that aren’t covered by Section 5 have taken steps to limit voting rights that civil rights advocates say have a discriminatory impact – Roberts and other court conservatives question whether it’s fair to single out the South for special, in-advance scrutiny of its changes to voter laws. “Why shouldn’t it apply everywhere in the country?” Justice Samuel Alito asked.

On JusticeWatch, Gilda Daniels criticizes the “assumption that because there are other wrongdoers that are not covered, Alabama, and states like it, should not be either.  Essentially, they obliquely argue that if those other states get to have worse records than Alabama on voter registration and turnout then the federal government should not “punish” it with Section 5.” In fact, since 1965 other states and jurisdictions outside the South have come to be covered by Section 5 because of their egregious interference with the right to vote. But it is certainly true that some states that aren’t covered by Section 5 are imposing new voter restrictions: harsh ID laws in Pennsylvania, a cutback in early voting in Ohio and Wisconsin, and an end to the Sunday before Election Day voting hours that the black community had claimed for a last “Souls to the Polls” push in Wisconsin and other places. That doesn't mean the covered states have stopped looking for ways to limit voting rights, but in a better world, Congress might well extend Section 5 to cover more states.

But this isn’t that world. Despite Johnson’s strong leadership, the 1965 Voting Rights Act passed with a higher percent of Republicans supporting it than Democrats, given that segregationist Democrats ran the South. But since then, the parties have to an extent traded sides. It’s true, and praiseworthy, that in 2006 Republicans supported the act’s reauthorization. But after President Obama was elected with record-breaking turnout by black and Latino voters in 2008, at least 38 states have tried to place new restrictions on voting, whether by increasing requirements to register or by limiting the number of days and locations where people can vote. Every single one of those laws, whether proposed or enacted, was sponsored by a Republican. Sadly, just since 2006, voting rights protection has become a partisan issue.

One of Shelby County’s central claims is that Section 5 is self-evidently outmoded in an age when we have a black president.  But the act wasn’t designed to protect the rights of the occasional extraordinary African-American, like our first black president; a handful of blacks acceptable to the white power structure could vote back in Jim Crow Alabama, too. It was designed to protect the rights of all black voters, and of all voters.

The night before the 1965 Selma march finally made it to Montgomery, this time with federal protection, Harry Belafonte organized a gala celebration on a makeshift stage built of coffins. They had been donated by a black funeral home, one of those businesses that thrived under Jim Crow, since white undertakers wouldn’t bury the black community’s dead. Belafonte and Tony Bennett, Nina Simone and Joan Baez, Elaine May and Sidney Poitier, a dazzling roster of multiracial stars stood on those coffins and entertained a mostly black but multiracial crowd.

I’ve always found that image chilling and yet inspiring, as if Jim Crow lay in those coffins, and the entertainers were singing and dancing and telling jokes on its grave. Besides, the civil rights movement always defied death: Jimmie Lee Jackson, James Reeb and Viola Liuzzo died in the three weeks it took for several separate marches to finally cover the ground from Selma to Montgomery. Yesterday it felt as if Scalia lorded over that hearing on a bench built from figurative coffins, entombing the rights that Americans fought and bled and died for almost 50 years ago. If only his remarks could shock Americans in prime time, the way Selma interrupted “Judgment at Nuremberg” on that Sunday night almost 50 years ago, to inspire a new movement for voting rights.

Details on the Selma marches come from Rep. John Lewis’ fantastic 1998 memoir, “Walking With the Wind.” Read it.