"Enlightened" makes us all into Amy Jellicoes

"Enlightened" may get canceled. But Laura Dern's fearless heroine inspires us to fight to save the series 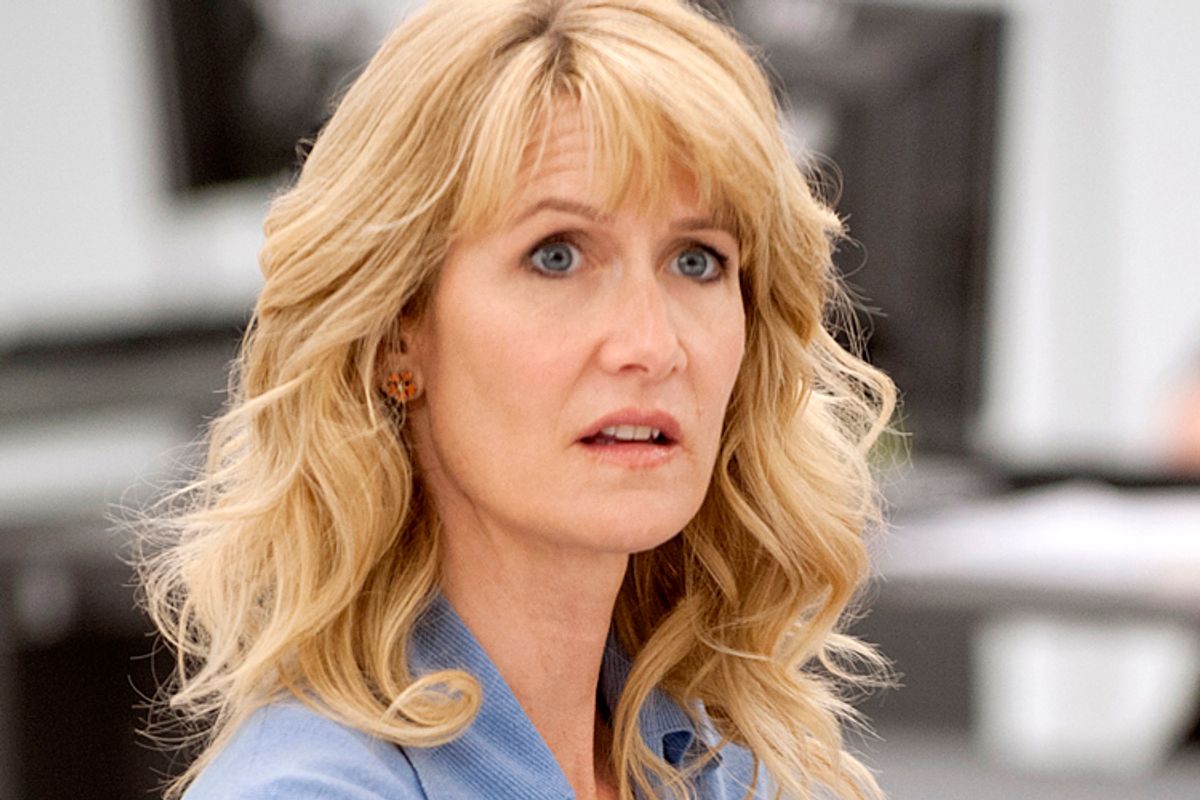 HBO’s “Enlightened” finished its second season last night, amid deep anxiety from its devoted admirers that the second season will also be the show's last. The series, created by Mike White and starring Laura Dern, is truly like nothing else on TV: Lyrical and unflinching, poetic and brutal, idealistic and incisive, gorgeous and painful, it is steadily, quietly up to something new. It has a searching thoughtfulness, an earnest interest about how one should be in the world, and how this can run afoul of how one is in the world. It is genuinely philosophical, which perhaps means it’s up to something old, something much older than TV anyway.

“Enlightened” is not watched by many (300,000 people or so), but it has become a source of evangelicalism for the few. Mike White has been tweeting and talking about his fears that the show will not get a third season, an endearing and highly anxious cheerleading routine. He has been encouraging admirers of the show to be vocal, to tell HBO about their love before it is too late. "Enlightened" is so good that critics have obliged, doing more than just praising the show, but flat out advocating for it. “Enlightened” has done what really singular shows often do— think of the kind of focus and encyclopedic TV appreciation “Community” both demands and fosters in its fans — it has inspired idealism and activism in its audience. It has turned its fans into Amy Jellicoes.

Laura Dern’s Amy Jellicoe, the star of the show, is a hugely intense, hugely idealistic, hugely flawed character. I watch and admire her especially aware of and grateful for the buffer that is the TV screen. She vibrates at a frequency dangerous to those around her, but more dangerous to herself. This season, she successfully took down her corporate overlord, Abaddon, in a far-fetched coup that seemed unlikely to come off until, in last night's finale, it just did. (Should "Enlightened" get a third season, the cost of getting what you want will be a major subject.) Amy alone could have brought about Abaddon's undoing: She alone was the necessary mixture of aggravating and implacable, crusading and crazy to demand justice.

Over the weekend, the New Yorker's TV critic Emily Nussbaum, inspired by Amy, wrote a piece about “hummingbirds,” a new female archetype: “They’re idealistic feminine dreamers whose personalities are irritants. They are not merely spunky, but downright obsessive.” Their numbers include Amy, "Parks and Recreation's" Leslie Knope, and first season "Homeland's" Carrie Mathison, among many others. It's very touching to me that “Enlightened” has amassed its own army of hummingbirds, a cadre of advocates (not just women, but a lot of women) who, for the moment are, like Amy, intent on trying to make change, idealistic that a huge media corporation will see reason if they raise their voices, and who are willing to bang the drum for the show even at the risk of causing “Save this Show” fatigue. It may not work, I hope that it does. Either way it's sweet that “Enlightened,” a show all about the cost of caring too much, should inspire such dedication.