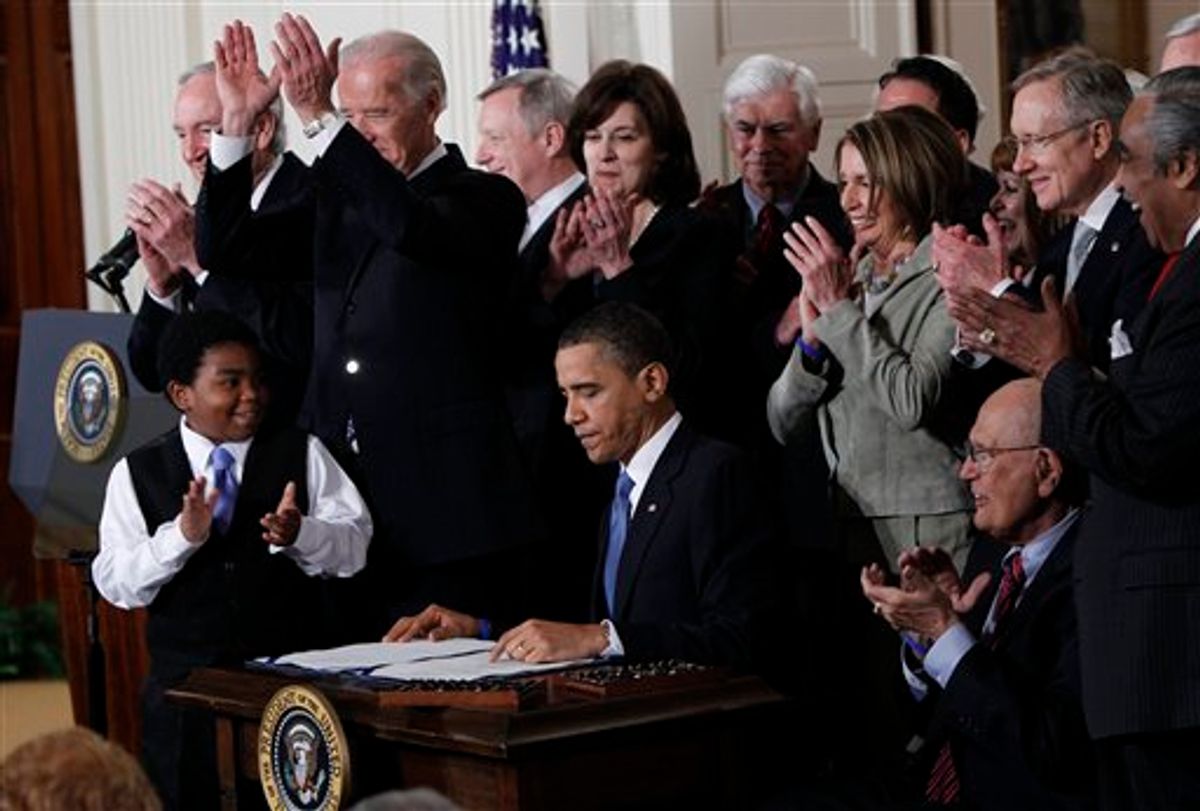 Sometimes your adversaries understand you better than you do. That is why American progressives can learn something about themselves from a smart essay titled “Left 3.0” published in the latest issue of the conservative journal Policy Review by its longtime editor Tod Lindberg.

The latest issue also happens to be the last issue of Policy Review.  Other than here at Salon, the demise of this conservative intellectual journal attracted only a little notice, which may reflect the marginalization of intellectual life on the American right, the shrinking audience for low-circulation, highbrow quarterlies and monthlies, or both. Policy Review published little of note other than Robert Kagan’s essay “Of Paradise and Power,” which became a best-selling book and made him a celebrity foreign policy thinker, even though his thesis — that Americans are far more warlike than Europeans — has been disproven in the last decade.

At their best, the neoconservatives inherited, from the Old Left subculture from which many of the movement’s founders emerged, the ambition to try to see big-picture historical trends through the clutter of current events. In this tradition, Lindberg traces the “ideological progression from old Left to New Left to today’s newer Left.”

Left 3.0, tracing the ideological progression from old Left to New Left to today’s newer Left. Left 3.0 is not only an ideological movement, but also effectively controls (or rather guides) a political party fully competitive at the national level. Left 3.0 is an entity whose internal divisions are minuscule in comparison to the shared convictions that hold it together. Left 3.0 is a creature of its times, well-organized and fully synced to the digital culture out of which it emerged. And Left 3.0 has come into its own at a time, not coincidentally, when its political rival, the gop electoral coalition, already under strain because of shifting demographics, is deeply divided over vexing social issues on which Left 3.0 offers clear answers.

Lindberg makes it clear that he is talking about the liberal left, not the radical left. Like older left-liberal movements, the newer left in the U.S. wants to tame capitalism, not destroy it:

Some have insisted that nothing less than a global proletarian revolution will suffice. Others have advocated socialism or social democracy. The mildest iteration (that of Left 3.0) centers on redistribution of wealth through higher taxes on the rich and the provision of public benefits for all, combined with the diminution of dynastic wealth through inheritance taxes.

Lindberg also concedes that the hard-edged multiculturalism of the late 20th century (which was pretty much confined to university campuses) has moderated:

Theory aside, the Left’s practical solution to the problem of multicultural relativism has been to opt for a “soft” multiculturalism that centers on affirming the value of the contribution of other cultures to an ongoing civilizational dialogue. It’s a multiculturalism tamed to accompany the Left’s overarching vision of universal progress.

The weakest part of Lindberg’s essay is his claim that Obama was a clear alternative to the triangulating, New Democrat politics associated with Bill Clinton and by implication with Hillary Clinton during the 2008 Democratic primary. On the contrary, Obama’s first term was practically a third Clinton term, and he surrounded himself with Wall Street-friendly neoliberals while freezing out leading progressive experts and thinkers.

What has really happened is that demographic and generational change have doomed the New Democrats as effectively as they have doomed conventional Republican conservatism. The triangle in Clintonian triangulation had three vertices: the “new majority” McGovern coalition of minorities and social liberals, the socially conservative, economically populist “Reagan Democrats,” and upscale white “centrists” who are really moderate libertarians on both social and economic issues. Although the Democratic Leadership Council began in the 1980s as an effort by Southern politicians to woo Reagan Democrats, following the wipe-out of Southern and Western New Democrats in the midterm election of 1994, the Clintonites more or less wrote off the white working class and tried to effect a synthesis between the other two corners of the triangle:  the McGovern coalition of minorities, feminists and environmentalists on the one hand, and financiers and professionals on the other.

This McGovernite-Wall Street coalition, made possible by the economic bubble of the late 1990s, has been under strain since the bubble burst in 2008. The white working class, the voter base of the current GOP, is shrinking as a share of the electorate — but the white professional class, the donor base of the New Democrats, is also a dwindling minority. Many of Obama’s former Wall Street supporters tried to help defeat him in 2012. Meanwhile, lower-income blacks and Latinos have been joined at the bottom of the economic hierarchy by downwardly-mobile whites, thanks both to the Great Recession that followed decades of wage stagnation and rising inequality.  The darker-skinned, downscale electorate that is now the Democratic base is not likely to be hospitable in the future to the agenda of market and financial deregulation that is the legacy of the short-lived New Democrat movement. The Democratic Party has rejected the Simpson-Bowles attack on middle-class entitlements, for example, far more vehemently than it would have done 10 or 20 years ago, to the distress of the dwindling number of self-styled Democratic “centrists.”

But acknowledging all this is to arrive, by a different route, at Lindberg’s conclusion: the emerging Democratic coalition is far more unified, on both economic issues and social issues, than was the Democratic Party of 20 or 30 years ago. This is not to say that the finance industry and special interests will not influence the Democratic Party, as they influence the Republican Party. But Lindberg suggests that the newer left is more patient and politically savvy than an older generation of activists who demanded the achievement of progressive goals right now:

With newfound success for its political ambitions, the Left has correspondingly attenuated its policy ambitions. This is the second major feature of Left 3.0. The Left has not changed the direction it wants to go, but it has changed its timeframe for expectations of success.

Journalism, it is said, is the first draft of history. It remains to be seen whether the basic argument of “Left 3.0” is borne out in the years and decades to come.  Speaking of history, it was Hegel who observed that “The owl of Minerva flies at dusk” — by which he meant that one can only understand an epoch retrospectively, when it is over or almost over. This may explain why the best essay ever published by the conservative journal Policy Review appeared in its final issue, discussing the end of conservatism as we have known it and the rise of American liberalism in a new form.