What was the price of silencing Whitney's greatest love of all? 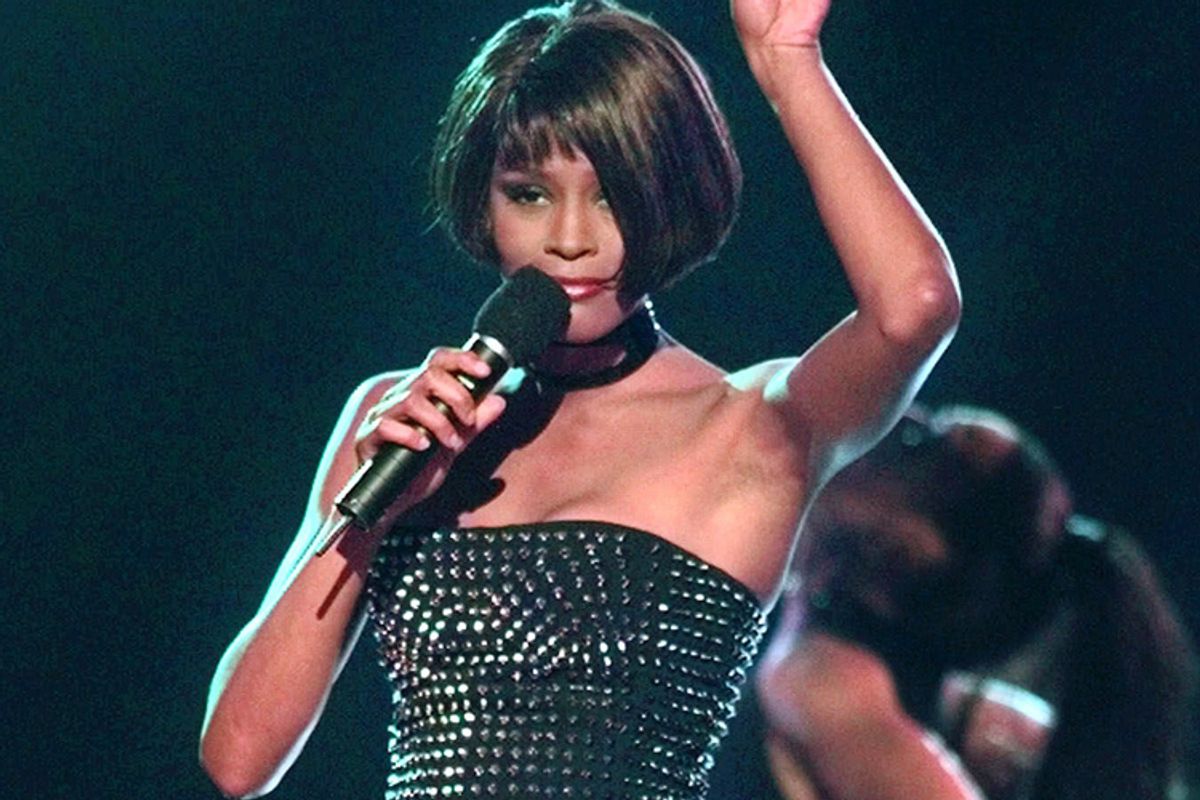 Though it was speculated about throughout her entire career, the truth about Whitney Houston's private life may never be fully known. But a year after the death of the diva, new details keep emerging that offer insight into her lesser-known side – and the lengths to which she, and her family, went to protect it.

FBI files spanning from 1988 to 1992 released Monday reveal both the obsessive fans Houston occasionally needed protection from — and, cryptically, the extortion plot that threatened to expose the details of the singer's "romantic relationships." The files have been heavily redacted, but they show that a person purporting to have "intimate details regarding Whitney Houston’s romantic relationships" threatened to reveal them "to several publications" unless she was paid $100,000. The sum was later "raised to $250,000. The person agreed to sign a confidentiality agreement once the amount was paid.

The files go on to show that Houston told the FBI the blackmailer was "a friend … [who] would never do anything to embarrass her" and that the case was then dropped. But they also show a copy of an agreement from the desk of Nippy Inc. president and Houston's father, John Houston, dated Aug. 6, 1992, featuring a redacted sum to be paid to "never directly or indirectly, use, disclose, divulge, community or otherwise make known to any third party any confidential information." A Nov. 23. 1992, statement further asserts that Mr. Houston "mailed a confidentiality agreement."

Even without any details of what the "romantic" revelations could be, it's not hard to imagine. Houston spent much of her public life dodging rumors that she was gay. The speculation was strongest in her early career, when her closeness with her longtime friend Robyn Crawford appeared to be of a more intimate nature. Back then, she defended their relationship while asserting her heterosexuality, saying, "I’m not with any man. I’m not in love. People see Robyn with me, and they draw their own conclusions. Anyway, whose business is it if you’re gay or like dogs? What others do shouldn’t matter. Let people talk. It doesn’t bother me because I know I’m not gay. I don’t care."

But this past January, Houston's mother, gospel singer Cissy Houston, told Oprah Winfrey flat out it "absolutely" would have bothered her if her daughter had been gay, and that she would neither have "liked" nor "condoned" her lifestyle. And in her memoir of her daughter, Cissy added, "Nippy liked Robyn, and she was past the age when I could forbid her from seeing someone. Kids have a mind of their own — when they get older, they want to experiment with all kinds of things … I don't honestly know what exactly went on between them, back when they first met or later on. Nippy never shared details of her personal life with me about things like that, but I do know that Nippy and Robyn cared a lot about each other."

It's notable that the FBI documents date from 1992 — a moment when Houston was at her apex. She had a hit movie with "The Bodyguard" and an unstoppable power ballad from it that is still, 23 years later, reverberating in piano bars and singing-competition auditions throughout the world. It was also the year she married Bobby Brown, and seemed for a moment the epitome of chart-dominating success and hetero married bliss. In a period of such high fame, one can wonder if she felt she never had further to fall.

Yet whatever [redacted] had over her didn't bring Whitney Houston down. It appears a check was cut, and the issue was resolved to the satisfaction of all involved. In the end, though, after 1992, she fell anyway. Houston wound up in a dysfunctional marriage, turning to drugs as an "everyday thing" and ultimately drowned in a bathtub with cocaine in her body. Her secret went with her to the grave. And though we'll never know just how much she paid to keep it, it seems clear the price was incalculable.