Reeva Steenkamp was more than a sexy bikini model 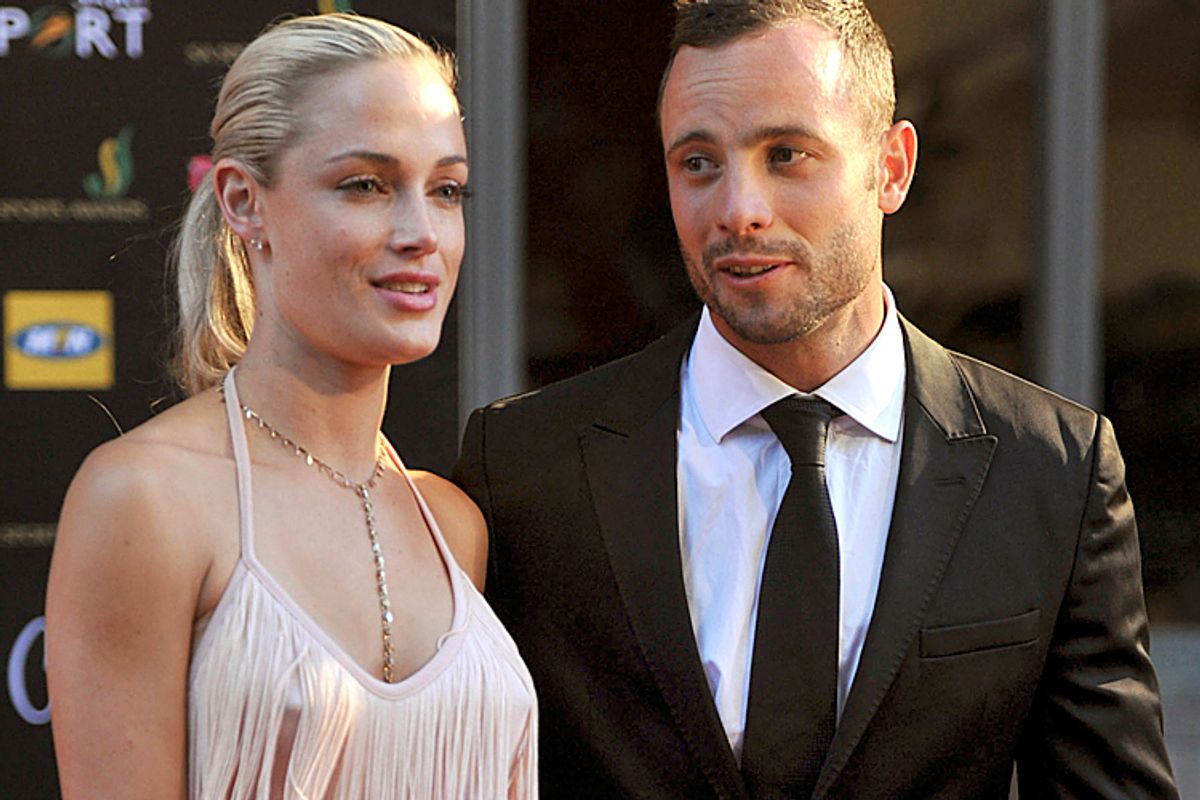 It's been three weeks since Reeva Steenkamp was shot and killed by her Olympian boyfriend Oscar Pistorius. So why has it taken this long for the reporting on the case to start looking at Steenkamp as a person?

A New York Times feature on Tuesday and a new Time magazine story both delve more deeply into the story of the 29-year-old whose life ended in a Pretoria bathroom on Valentine's Day, and the troubling epidemic of violence in South Africa that may have contributed to her death. The stories are both in their own ways haunting portraits of a nation that cultivates brutality and a woman who found herself the victim of it. And they're a bracingly far cry from the revolting glut of sexy swimsuit shots and attempted witticisms that dominated the news coverage of the case in its early days.

Pistorius says he thought she was an intruder. Prosecutors are calling him a murderer. Whether she was the victim of an accident or coldblooded attack is still being investigated — though unconfirmed reports say there had been prior domestic disputes at his home, and in 2009, Pistorius was arrested for assaulting a woman. What is known for certain is that Steenkamp had openly talked about how she'd been in an abusive relationship in the past, and that she wanted to use her high-profile position to speak out on violence against women. She was set to give a speech on the subject just before she died.

Not every woman who's shot to death is a blond model. And if you happen to be on a quest for images of Steenkamp, you won't have to expend any effort to find photos of her provocatively slinking around in bikinis and lingerie. This is what is known in the media as a jackpot. As the news of her death emerged last month, it didn't take long for newspapers and other news outlets to do the simple math of combining a hot photo of the dead woman with a pithy headline. The New York Daily News went for "Blade Gunner." The New York Post opted for "Blade Slays Blonde."  The Sun scraped the bottom of the barrel with "3 shots. Screams. Silence." And Fox News ingeniously leveraged the story into a pictorial T&A bonanza of "Other Model Deaths." It was quite the morbid spankfest, right there.

That there is an overabundance of media attention given to attractive young females who are the victims of violence is undeniable. The Natalee Holloways  and Sarai Sierras of the world make for more attention-grabbing headlines than the Shandell McLeods. Who's Shandell McLeod, you ask? Exactly. But it's all a no-win for everybody, either way. Because what are we left with? An insatiable news cycle that ignores women deemed insufficiently eyeballs-attracting, and sickeningly objectifies the pretty dead ones. I can't wait for Maxim's list of hottest shooting victims.

Much like the January death of Kasandra Perkins at the hands of her athlete boyfriend Jovan Belcher, the focus in the Steenkamp story has been everywhere but on Steenkamp. Steenkamp, the person. Steenkamp, who lived in a country known at the rape capital of the world, a nation where sexual violence against women is so profound they're running out of rape kits. A nation with one of the highest violent crime rates on Earth.

As the story continues to play out and evolve, the circumstances of Steenkamp's death are starting at last to shed light on the environment in which it happened – and the very real woman behind the alluring smile and the skimpy bikini. In life, she wanted to be more than another sexy model. She aspired to a career in law; she wanted to enlighten her countrymen about violence. In death, she's been for the past few weeks a fetish object, a body used to generate ratings and page views. But ultimately, there's a chance she can be remembered as something more. She wanted to stand for something. She wanted to shine a light on the crimes of her country. And tellingly, she said that "people chose to be ignorant because the subject made them uncomfortable." It makes people uncomfortable, and it doesn't sell as many newspapers. It's a lot harder to look at a culture of violence than it is to look at a beautiful girl in a bathing suit. So when you look at Reeva Steenkamp, which one do you see?