"The Silence": A serial killer is on the loose in this twisty, David Lynch-esque thriller 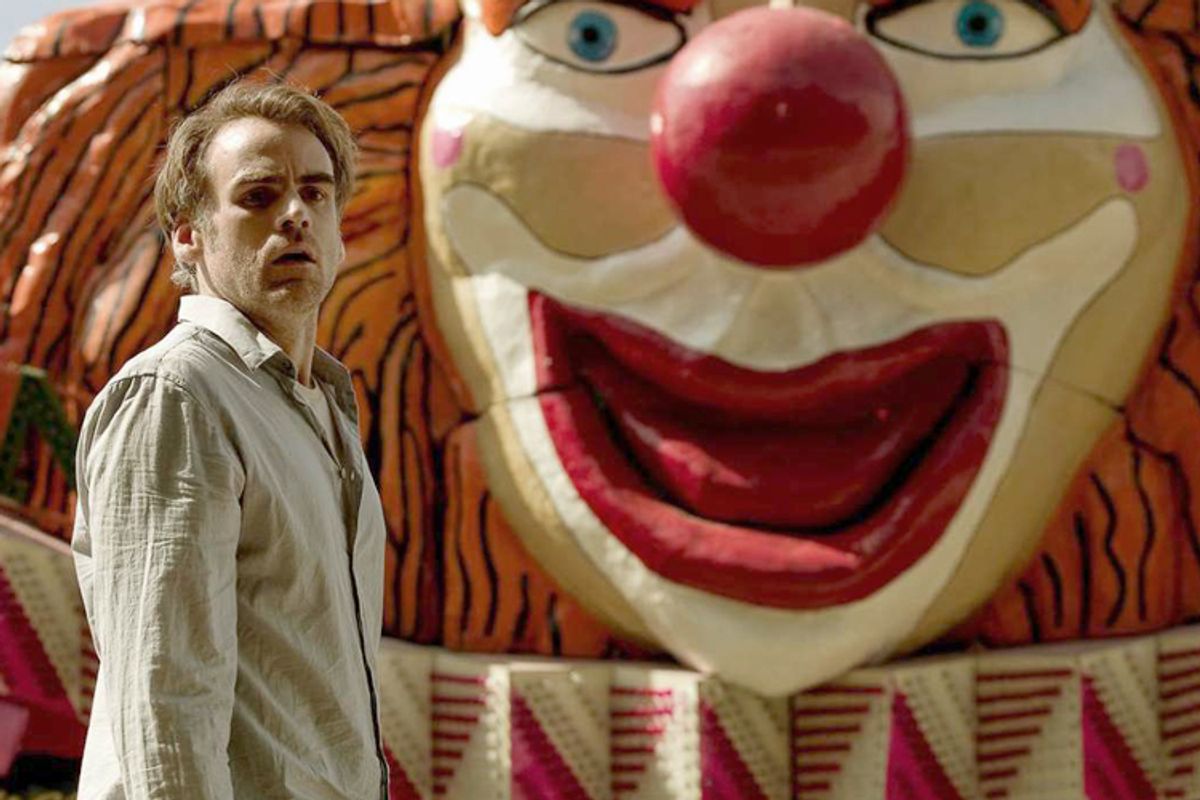 Violent crime, especially of the random and spectacular variety that people make movies about, remains a rare event in Western Europe. But rare is not the same as nonexistent – as the Anders Breivik case makes entirely too clear – and for complicated reasons European pop culture in the Stieg Larsson era has become increasingly obsessed with gruesome murder yarns, previously an American specialty. Writer-director Baran bo Odar’s ominous and atmospheric German crime thriller “The Silence” mixes together a lot of familiar elements: a town haunted by a murder from the distant past, a damaged cop hero battling his personal demons, and the general David Lynch sense that evil lurks below the surface of an oppressively normal place.

But this adaptation of a bestselling novel by Jan Costin Wagner (which is being published next week in an American paperback edition, as “Silence”) throws in an inside-out twist that isn’t entirely original but adds some tragic and philosophical depth. In the audience, we’re constantly several steps ahead of the bickering and distracted investigators; within the film’s first few minutes, we know who committed an unsolved child-killing in 1986 that has subtly disarranged the life of this backwater suburban community. (Wagner’s novels are written in German but set in Finland; Odar has transposed the action to a fictional town in what looks to be central or southern Germany.) We see the two guys who rape and murder 11-year-old Pia in a remote field, leaving her bicycle and headphones behind, and before long we know where they are today, and how far they've drifted since that day. (It gives absolutely nothing away to say that one of them is played, and chillingly, by the fine Danish actor Ulrich Thomsen.)

We also understand pretty quickly that the startlingly similar disappearance of another young girl, with her bicycle abandoned on the same spot exactly 23 years later, is no coincidence. But exactly what the connection is, who committed the second murder and why – those things keep us guessing for a while, and likely reaching the wrong conclusions. Both Krischan (Burghart Klaussner), the retired detective who investigated the first crime, and his recently bereaved younger colleague David (Sebastian Blomberg) are savvy enough to reject the official story that the two events are unrelated, or that the second is a copycat killing. What we don’t know is whether these flawed heroes are capable of piecing together the fragile threads connecting the cold case to the new one.

As is very often true in Euro-crime dramas, the actual whodunit plot of “The Silence” (in this case more of a whydunit) is arguably less interesting than the characters and the situation, exactly the things that will be lost in a potential Hollywood remake. As in the Larsson “Girl Who …” books and films, you get the sense that the bland social-democratic prosperity of modern Europe is a kind of false veneer, pasted on top of the continent’s dark past and not quite concealing it. For instance, I’m not exactly sure why it seems so disturbing that the parents of the missing girl in 2009 are bored and affluent yuppies whose house is undergoing an enormous renovation. That doesn’t mean their daughter deserved to be abducted, does it?

Krischan, still seeking absolution for his failure to solve the 1986 case, takes on a passionate sexual relationship with Elena (the great Katrin Sass), mother of the murder victim. As for Blomberg’s gaunt and handsome David, he’s nearly lost in grief and mental illness after the death of his wife, and in no shape for police work. Still, he develops special insight into the case, as if his own version of crazy allows him to see the killer’s more clearly. Then there’s the odd camaraderie and sexual chemistry between David and his extremely pregnant colleague Jana (Jule Böwe), another unresolved element that leaves us guessing.

In fact, despite its well-known source material and its cast of top-shelf German actors, “The Silence” feels almost like the pilot for a miniseries after the fashion of “The Killing,” rather than a self-contained drama. There are certainly enough unanswered questions to sustain our interest for a while: Will David address his all-night drinking binges and his propensity for wearing his wife’s dresses? Will Krischan and Elena ever resolve their hate-sex relationship, and will the ripped-up front yard of the missing girl’s parents just sit there, looking altogether too much like an open grave, after the dreadful thing that has happened to them? (And who’s the father of Jana’s baby, anyway?) In the end “The Silence” is more like an intriguing work of misdirection than a great crime film, but it has a dreamlike and disturbing undertow you won’t soon forget, and Odar is unquestionably a director to watch.

“The Silence” opens this week at Cinema Village in New York and the Nuart Theatre in Los Angeles. It opens March 15 at the Music Box Theatre in Chicago; March 22 in Boston and San Diego; March 29 in Minneapolis, Philadelphia, St. Louis, San Francisco, Seattle and Washington, D.C.; and April 5 in Atlanta and Denver, with more cities and home-video release to follow.