Pick of the week: The new wave of horror all crammed into one movie

Crazy, disgusting and totally delightful, "The ABCs of Death" is a smorgasbord of new trends in horror 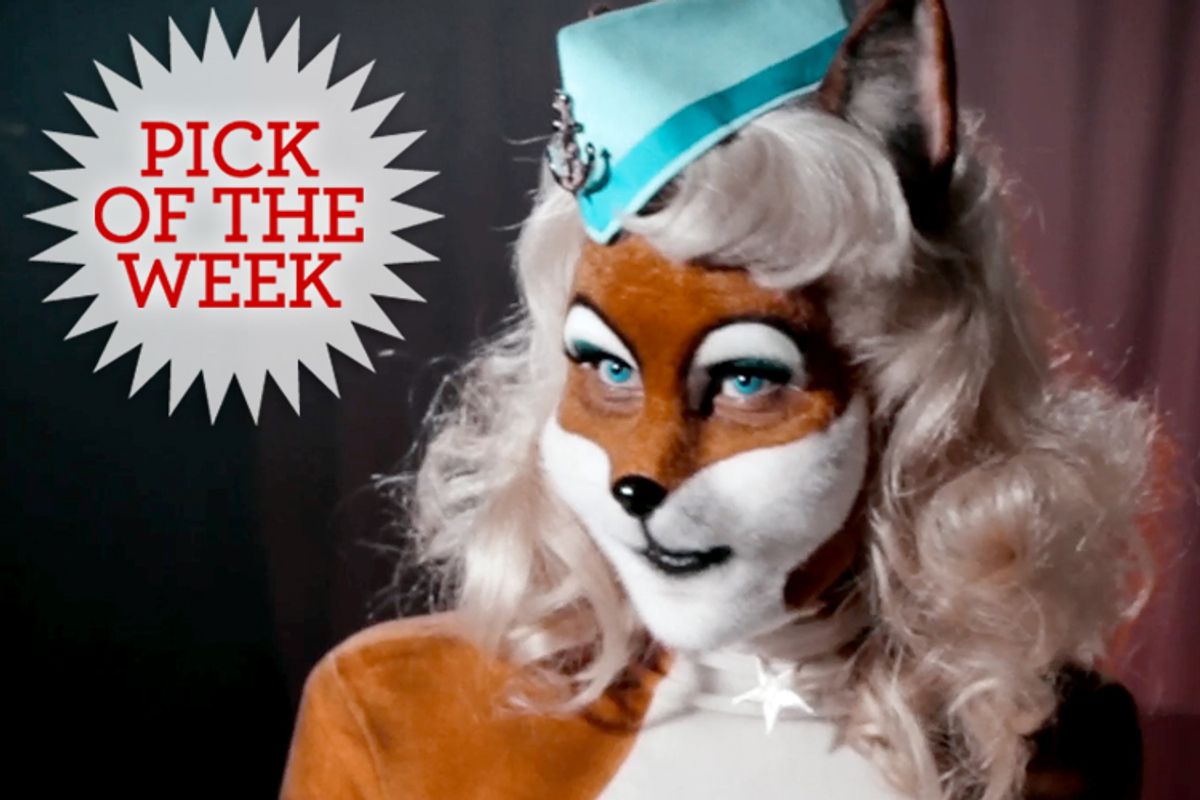 To anyone who still doubts the ambition, imagination and filmmaking chops at work in the worldwide new wave of horror movies, I offer you “The ABCs of Death,” an enormously impressive and massively indulgent cornucopia of 26 short films from all over the world. Then again, if you suspect that new-school horror is often cheap, vulgar, sexist, unnecessarily gruesome, self-reflexive and juvenile, then all I can say is: Um, yeah. That’s here too! “The ABCs of Death” is one-stop shopping for deviant cinema, a Pu Pu platter of perversity. It made me laugh hysterically, shout with outrage, wince with discomfort and yearn to hide under the sofa, all by the halfway mark. It contains some of the subtlest and most ambiguous filmmaking of the year and some of the dumbest. There’s no way to praise it, or bury it, without doing the other thing at the same time.

On several occasions over the last couple of years I’ve argued that we’re entering a strange and fecund new era for horror and other kinds of formerly disreputable genre film. If last year’s crude, uneven but appealing found-footage indie-horror anthology “V/H/S” offered the American argument, “ABCs of Death” is both more miscellaneous and much wider in scope. Most of the directors here will be totally unfamiliar to American audiences, and even the ones who’ve actually had films released, like Nacho Vigalondo (of the Spanish time-travel paradox “Timecrimes”), Ben Wheatley (of the dark and ridiculous British B-movie “Kill List”) or Jorge Michel Grau (of the Mexican cannibal drama “We Are What We Are”), are not exactly household names.

The presiding evil genius behind “ABCs of Death” seems to be Austin, Texas, movie impresario Tim League, who runs both the increasingly influential Fantastic Fest and the Alamo Drafthouse theater chain. One of League’s long-term missions has been to expose the fanboy-centric Fantastic Fest audience to foreign-language films and more adventurous fare in general, and maybe, on a philosophical level, to break down the lingering high-low barriers between the art-house audience and the genre-film subculture. French cult figure Leos Carax’s deliberately opaque “Holy Motors” might once have seemed an unlikely or impossible choice for Fantastic Fest, but it apparently went down there like a house on fire. While “The ABCs of Death” draws heavily on the horror explosion in Spain and Latin America (with a lesser emphasis on Asia), there are films and directors here from almost every corner of the world, including the United States.

How do I even begin to summarize an anthology of more than two dozen mini-movies, which average about five minutes long apiece, when there’s nearly zero continuity in terms of theme or style? Let’s start with the fact that the premise is kind of dumb -- each director was assigned a letter of the alphabet, and told to address the subject of death – and the final product, at two hours-plus, runs pretty long. OK, but that said: Wow, what a weird, anarchic, energetic and exciting display, from claymation to puppetry to crazy postmodern collage to regular old live action! There are not one or two but three movies about toilets and the embarrassing mishaps they can provoke – what could be more horrifying? – and on the other side of the ledger there are at least three films that have no relationship to conventional horror movies, and come closer to experimental cinema.

There’s cartoonish Japanese schoolgirl porn (from Noboru Iguchi) and “Matrix”-style apocalyptic science fiction (from Kaare Andrews). There’s a sexy World War II story involving cute doggy puppets (by Thomas Cappelen Malling) that’s one of the most genuinely perverted things I’ve ever seen – second only, perhaps, to the splatter-porn remake of “Eyes Wide Shut” from Indonesian director Timo Tjahjanto. Speaking of tributes, homages and remakes, there’s a version of Ingmar Bergman’s “The Seventh Seal” as guns-‘n’-girls exploitation king Russ Meyer might have made it (that’s by Jake West), and a mysterious, allegorical “Frankenstein” fable from Serbian filmmaker Srdjan Spasojevic that feels like a collaboration between Pedro Almodóvar and Andrei Tarkovsky.

There are a couple of movies in “The ABCs of Death” that I thought were frankly terrible, or that went so far beyond my personal good-taste barrier that I couldn’t ride with them. Arguably there’s a larger conversation to have here about whether horror and thriller fans have a higher tolerance for carnage and bloodshed (I mean, duh!) and whether that equates in some overall way to lower cultural-aesthetic standards or an eagerness to embrace outrageousness for its own sake. (For the record: Maybe. But you could turn the equation around and ask whether art-film devotees are sometimes too eager to embrace “difficult” work that Philistines can’t understand.)

Anyway, the point in patching together a low-budget filme shot in more than a dozen different countries was to show off an immense variety of talent, not to create a well-made and classically proportioned work of art. I’ll take the too-muchness and promiscuity of “The ABCs of Death,” the fart humor and one-off gags (two different episodes involve the directors of the films accidentally getting killed). I’ll take the movies that pissed me off too, if in some way they help make possible things as divergent and weird and exciting as Hélène Cattet and Bruno Forzani’s abstract, erotic “O Is for Orgasm,” Simon Rumley’s grave and dramatic prostitution mini-melodrama “P Is for Pressure,” and animator Jon Schnepp’s hyperactive every-genre-at-once “W Is for WTF?” (probably my favorite of them all). While “The ABCs of Death” doesn’t show us the only possible future of film, of course, it’s an exciting one.

Editor's Picks Horror Movies Our Picks Our Picks: Movies The Abcs Of Death